So… yeah… I’ve fallen in love with somebody.

I didn’t want to. I long ago resigned myself to the idea that love and happiness were two things completely out of my grasp. I’d been hurt one time too many, and I never wanted to be vulnerable like that again. I tried my best to ignore my feelings, to fight them off or bottle them away, but nothing I did worked. And now here I am, stuck in purgatory, because I can’t be with her, and I can’t walk away; or maybe this isn’t purgatory, maybe this is Hell.

The worst part to all of this is that she thinks my feelings are nothing but a scam. She believes my intentions aren’t pure and that I only want an intimacy she isn’t willing to give. I don’t want anything from her, except maybe her heart. But that’s something I have to earn. It can’t be bought or stolen, not that I would try. It has to be freely given. I have always known that. I can’t think of anything more hurtful than to genuinely care for someone and have them think I’m only out to use them and throw them away. It’s like an open wound I can’t close because no matter what I say or what I do, I can’t convince her otherwise.

It’s hard not to be angry or resentful of that fact. I’m angry with her because she won’t hear me out, and I’m angry with me for being too stubborn to walk away. And I get it- I understand why she might feel that way, but you’d think I could at least get the benefit of the doubt or be given the chance to talk about it, but I don’t even get that. She said she wanted to be friends, and I was fine with that- happy, even. But then I started to think, “Were we even friends to begin with? Friends talk, and she barely says anything to me.” We’re not friends, at least, not on any level that truly matters.

We started out as friends, and if I hadn’t screwed it up by falling for her, maybe things would be different. She says it’s important to keep my walls down and be honest about how I feel, but what happens when it creates a bigger wall between us than the one I already had around my heart? I know she misses what we had- I know because she’s reached out more than once, wanting to let me in. Then she pulls back and acts like it never happened.

I understand why she feels the way she does- she’s been played before, and I said some stupid things in the beginning. It probably didn’t help matters that I told her how I felt not long after we met. I guess it isn’t any wonder why she thinks I’m a lunatic. If I were her, I’d probably run screaming. Since she hasn’t, I can only guess it’s because she likes the way I write.

But there are a few things I know that she doesn’t.

Everything in life happens for a reason, and nothing happens by coincidence. We were meant to be a part of each other’s lives. I know this because she was the one who found me. I could have blown it off. I could have just ignored it, but I didn’t. It was more than her beauty that drew me in; it was something I’d seen in her eyes- the bright, shining light of her soul- something I found once and never thought I’d find again. But it was only a glimpse, and I couldn’t be sure. When I found out she was a writer and read some of her work, I thought, “Wow… this girl gets it.” Without ever having met or known she existed, here was a girl who knew of all the things in my heart. But I hadn’t fallen in love with her yet.

That moment came when we met. When I finally looked in her eyes and recognized something I hadn’t seen in years- a spark and a connection that hit me like a shot of electricity- straight to my heart, as though brought back to life by a shock to the system. It got my heart beating again. It threw me off, and I tried to deny it because it didn’t seem possible. Things like that don’t happen twice.

After that, though, I began to look at things differently- I was more inspired and creative. It was then that I realized I had gotten back something I’d long thought I’d lost. Even now, I still can’t bring myself to say it. My rational mind won’t let me. It won’t let me believe it. When I see her, when I hear her, when I write to her- my heart knows what she is. I’m trying to write the word, but my mind won’t let me. It knows that if I do, it becomes a reality rather than a possibility. A possibility I can walk away from, a possibility can’t hurt me. The reality, though, could be the end of me.

She has tons of guys lurking around her, looking to be her next boyfriend, and though I’m crazy about her, I’m not one of them. They don’t see what I see- they only see something they want to possess. I see something I want to care for and protect. I see something I want to devote my life to. I see my purpose in life. Yeah, she may be breathtakingly beautiful- ethereal almost, but that has nothing to do with how I feel. I’m drawn to her artistic, sensitive soul.

In the time I’ve known her, she’s inspired me in a way no one else has. When I’m at my computer, words and ideas flow like water. I’ve always been able to write the way people breathe, but what she brings out in me makes even that effortless. I close my eyes, see her face in my mind, and the words are there. Beautiful words- the kind I never thought I could say, words I’ve always been afraid to say.

Honestly, I never thought I had anything left of my heart to give. She showed me I was wrong. I know the kind of love she wants. The kind of love that’s a wellspring of inspiration, happiness, and intimacy- where two halves become a whole, where every secret is laid bare. She wants a partner she can trust, someone who will listen, be emotionally supportive, and stand by her. I can be that. I have been that, in my own way.

So why haven’t I pushed to be more than friends? I guess a part of it is fear, fear of getting hurt, fear of not being worthy, or fear of making a mistake. The thing is, the more I know her, the more I realize my fears don’t matter- that my feelings for her overshadow any doubts I have about myself. I can be better because SHE makes me better. In a very strange way, we are connected on a level I can’t explain and sometimes don’t want to acknowledge. It scares me. I’m pretty sure it scares her, too. Sometimes I wish we could just cut through all the smoke and mirrors and talk about it.

I miss her very much. I miss her gushing over my work, even the stuff I consider fluff or crappy. I miss her asking me to correct her spelling and her grammar even though she doesn’t really need it. I miss getting a text from her when she’s bored, or when she’s anxious, or for no reason whatsoever. I miss being the one she turns to when she needs help. I miss being the shoulder she cried on. I miss reading her short stories that she says aren’t about her, which I highly doubt. I miss teasing her when she’s hyped up on so much coffee that she’s babbling incoherently and carrying on three conversations at once. I miss her lecturing me, I miss making her laugh, I miss her getting pissed off at me for no reason, and most of all, I miss how she made me feel. I miss the light she brought to my life. She just made everything… better.

Reading this, one might think my happiness is dependent on her being with me, but it isn’t. I know I have to do that on my own, and the road I have in front of me is a long one. I have to walk it on my own. But as long as a piece of her is in my heart, then that’s enough to get me where I want to be. It’s all I need. Whether we’re a meter apart or a million miles, as long as I know she’s out there, it’s all I will ever need.

I sincerely, almost desperately, wish I could find the right combination of words to express what she means to me, but all I can do is keep trying to find them. I know I will, someday. Maybe that will be the same day we’ll become more than friends. I don’t know.

Until then, I guess I’ll just stand here in the rain, standing outside the door of an angel. 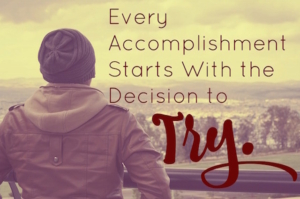