I’ve been doing a lot of thinking tonight.

Originally, I was going to write a funny article, but I put it off for so long that by the time I got around to it, I wasn’t in the mood anymore. Then I kinda got swept up in thoughts of stuff I wish I could purge from my mind, but since I haven’t been able to focus on anything else, I just went with it until I could drift off to a dreamless sleep. Being that it is now 2:38 in the morning as I write this, no such luck.

Having said that, I’m gonna do my best to keep this short, for all our sakes.

Lately, I’ve had a lot of my motives and intentions questioned, and to be honest, I don’t like it. In fact, it’s pissing me off a little bit. It’s one thing if I deal with that crap from my family, mostly because I wasn’t always a solid citizen when I was younger. But at one point, it dawned on me that my life was so weird, I didn’t have to lie anymore, so I stopped. Ever since then, I’ve pretty much told the truth, even at times when it would have been more convenient to lie. Now don’t get me wrong- I’m not saying I’m incapable of lying, I simply prefer to tell the truth. My motto is, “Life is too short to be anything less than honest”. Ask any friend I have, and they’ll tell you I don’t bullshit.

Being a writer, I should be a Jedi-master level liar, but I choose not to be. I find people connect to my work due to the fact that I speak from the heart. That’s my strength. And logically, if I had something to hide or had a different agenda, would it make sense to be upfront about it? I’m a lot of things, but an outright fool ain’t one of them.

So, yeah- I play it straight. Like when I play poker, I very rarely bluff. I remember this one time when I played in a tournament and the last two people standing was this girl that kept bluffing all night and me. When we were playing our final hand, she went all in and I called even though I only had a pair of eights. She showed her cards, and it turned out she had nothing, like I figured.

As far as my motives and intentions go, I usually don’t give it too much thought, mostly because I jump into things and figure it out later. When somebody needs my help, I don’t take the time to dwell on what I may or may not get out of it beforehand. I don’t really care. I’ve never really had a “what’s in it for me?” mentality. That’s not how I was raised. My father was the kind of person who would give you the shirt off his back if you needed it- he had a good heart, which he passed onto me. It’s one of the things I like best about myself.

So when someone comes along and questions that, it kind of bothers me. And listen, I get it if you’re someone whom I’ve never met, but my actions usually back up my words. I’m not going to tell you one thing and then do something else. Which is not to say I’ve never screwed up, but when I do, it’s almost always because I let my emotions take over. That’s my particular failing. Which also explains why I hate getting emotionally involved with people.

For instance, if I like someone, I usually tell the person. The smart move would be to keep it to myself and maybe make a move at a more appropriate time, but I don’t like being conniving. If the feeling isn’t mutual, I pretty much blow the feeling off until it burns away. Sometimes, though- the other person gets it into their head that just because you feel a certain way, you want everything associated with it- love, dating, a relationship, marriage, kids, and till death do we part. Guess what? NOT ME.

I can barely commit to making plans for the weekend, much less a lifetime. So if you think that by telling you how I feel or doing something for you with no benefit to myself is suspect, then you don’t know me as well as you think you do.

If I need to make it crystal clear, then let me explain my motives and intentions: My intention is to help as many people as I can because I can, and my motivation for doing it is because it’s the right thing to do. So even if I feel a certain way about someone, it doesn’t make one damned bit of difference, because I’d still be doing it regardless. My Father taught me that. He said, “Son, when you give your word, you better keep it, because it’s all you got.”

When I was at the lowest points in my life, it would have been the easiest thing in the world to say, “Fuck everyone and everything!” and be a selfish prick, but I never gave in to it. If I crash and burn with everything that’s going on now, then that’s how it’s going to stay. I’m not out to save the world, but if I can help as many people as I can, then I’ll die a happy man.

My integrity is everything to me. If you want to question it, then maybe you don’t know me at all. 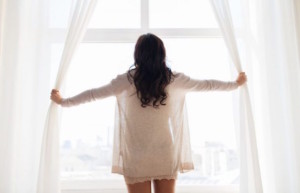 What It Takes to Embrace the Light and Acquire Inner Peace
It starts with being open.