The weird thing is, looking back on my life, and even now, I have tons of women friends I could probably date if I really pushed the issue, but I don’t. Which is not to say they’re unattractive, quite the opposite, actually. The majority of them have to beat guys off with a stick. I suppose if I had any brains whatsoever, I’d take advantage of every opportunity that came my way, the only problem is, while my friends are attractive, I am not attracted to them.

And before you ask, yes- I’m straight.

One of my best friends, Danielle, a girl I first met going to school overseas in England, could have easily gone from being friends into something more. We were close virtually from the second we met and we had both broken up with our significant others around the same time. More than once, we kinda flirted with the idea of hooking up or dating, but we never did. It probably had something to do with the fact that we have a brother/sister type of relationship and engaging in anything romantic would have been too weird. The furthest we’ve ever gone is to give each other a friendly kiss on the lips, and right then and there, we already knew we were destined to annoy the crap out of each other for eternity, just not romantically.

A few weeks ago, I had dinner with my ex-roommate, (who shall remain nameless, sorry) and for whatever reason, the subject of why we never dated popped up. You’d think it would have been an uncomfortable discussion to have over dinner, (especially with sharp objects within reach) but we had a good laugh about it. See, my former roomie came to live with me because she had just separated from her husband and had nowhere else to go. Again, with her being emotionally vulnerable and in close proximity, I could’ve easily manipulated the situation, and if it weren’t for the fact that my Dad had passed away from cancer a few months before, I very well might have. My ex-roomie is exceptionally beautiful and totally vivacious. She’s like a walking shot of vitamin-B12. Not only that, but she’s full of attitude and has a heart as big as the world. Being that she lived with me for over a year, she knows me a little bit better than most of the women I’ve dated, including my former wife. Having said that, you’d expect that we’d have hooked up at least once, right? Wrong. Truth is, we’re practically polar opposites and don’t have a whole lot in common. It would have been like a hummingbird and a sloth trying to make a relationship work. I may not exactly have sisterly feelings for her, but I do love her to pieces, and she knows that.

Then there’s Angie. Angie is very special to me for a variety of reasons, none the least of which is that she’s a former Playboy playmate- my all-time favorite, in fact. Our friendship more or less started out on Facebook where I was just another faceless fan on her page. I caught her attention one night when she posted a picture of a truly heinous dress shirt she found in a skymall catalogue, where I spent the next two hours making over seventy-five jokes about how ugly it was. (Guys, make a note: Chicks DIG guys who can make them laugh!) After that, we would talk a little bit here and there, and when she started having issues with a guy she was dating, Angie turned to me for advice and support. This was also around the time my Dad died, so I guess in a way, helping Angie sort of became my therapy for working through it. I couldn’t save my father, but helping to heal her broken heart made up for that. And I have to confess, a small part of me actually did fall in love with Angie, though I always knew nothing would ever come from it.

If I have one regret, it would be that I was oblivious to my friend, Robin. Looking back, it was so obvious she had feelings for me, and I never did anything about it. Well… not romantically, anyway. I was too wrapped up in my own bullshit. I only wish she had told me something, though I can understand why she didn’t. I was still recovering from the massive hit my heart took, and she knew it. I can’t blame her for not wanting to feel like an eternal second place prizewinner. Not that I would have treated her as such. If I had that part of my life to do over again, maybe I’d do it differently.

Eventually, I did end up falling for a close friend, Stephanie- but that ended in disaster. The less said about it, the better, only because it’s still kind of painful for me to talk about. I REALLY screwed that one up. In hindsight, even if we had managed a relationship, I doubt it would have worked out between us, mostly because I think I would’ve ended up back in the same type of situation I was in when I was married- being with someone I only thought I was in love with.

Don’t get me wrong, Stephanie was beautiful, she loved and supported my writing, and we had a solid connection. But it wasn’t the connection I needed. I discovered that the one time I sat down and tried to write her a love letter. The words just wouldn’t come. I literally sat at my computer and struggled with it for hours.

I have no problem writing letters for friends, mostly because I’m just bullshitting and projecting my feelings onto theirs. When it comes to me, however- I have to feel emotionally connected to the person I’m writing to. It has to be genuine in order for me to perfectly communicate what I want to say to the person I’m in love with.

There’s really only ever been one person who brought that out in me, and once I lost her, the words pretty much died out like dry grapes on the vine- until recently, anyway. That’s another story, though. Which is kind of the point; the thing separating a friend from a romantic interest boils down to one thing- a connection between two people. In my case, I needed a muse to bring out the best in my work, someone who loves it, appreciates it, and cultivates it. I need someone to inspire me.

Listen, I have no idea how the universe works, or why certain people drift into your life or the significance they’ll have from the moment they enter it, but I do know one thing- when that person shows up, you have to do everything you can to show them how important they are to you, even if they haven’t been a part of your life for very long.

Yeah, it may be crazy, and it might not make a whole lot of sense, but I’ve seen and experienced enough to know when something special comes along. And I don’t want to let it get away again.

One thought on “Are We Really Friends?” 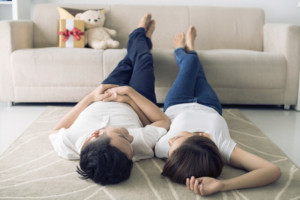 Don’t Settle for Being the Other Woman
"While he goes off and takes her to Paris, you're…