I gotta be honest with you folks. I REALLY don’t want to be writing this. If it were up to me, I’d rather be reading the crappy novel I started a few days ago or be lost in my music. Even better, to be lost in my music while driving down Sunset Boulevard from Hollywood all the way to Santa Monica beach. I have far too much on my mind to make this sound remotely coherent. The thing is though- something happened to a friend of mine a few days ago that I just had to write about.

When I started writing for ACW, I had a fan reach out to me on Facebook and sent a friend request. From the moment I accepted her request, she began to bombard me with all manner of questions, some of them more personal than I was comfortable answering. I considered blowing her off, but didn’t. I stayed polite and answered her questions as best I could without giving too much detail. I’m usually pretty cool with my fans, but this person seemed to be a little too aggressive for my tastes, so I backed off, hoping she’d take the hint, which she did.

After I’d gotten to know her a little better and she’d calmed down, we became good friends. One night, we were chatting on Messenger and started discussing relationships when she mentioned her boyfriend- a boyfriend who was physically abusing her. I thought she was kidding at first, mostly because she seemed so nonchalant about the situation. As it turned out, she was dead serious.

Incredulous, I was like, “Why on God’s green Earth would you stay with a guy who beats you?”

She said, “Because I love him. He doesn’t hit me all the time- only when he’s been drinking a lot. When he’s sober, he feels bad and begs me for forgiveness. It gets better after that.”

I couldn’t process what I was hearing. I mean, who willingly chooses to be someone’s angry punching bag? I mean, I don’t care how much you love someone- you should never allow them to kick the crap out of you- on ANY level whatsoever! Not even playfully! According to everything I’d been told, not only had this person’s significant other hit her more than once, it was something that happened on a more or less regular basis!

Getting on my moral high horse, I told her, “Sweetie- you have got to dump this douchebag!”

I thought my friend would get angry and tell me it was none of my business, but she didn’t. She merely stayed quiet. I figured if she had told me about her situation and didn’t try to defend it very hard, that she wanted help.

That was when I said something she had taken to heart: “Your boyfriend does not love you. You don’t hurt the people you love.”

I guess it clicked in her mind, because she eventually ended up dumping his ass. I was happy about that, at least, right up until recently. She made the mistake of meeting up with him in order to collect some of her personal belongings, and instead of bringing a cop or arranging to meet in a public venue, she met him in a parking lot where he beat her up again.

When I found out about it, I was tempted to grab a bat and go on a road trip to find him and have the sort of chat that involves breaking a jaw and shattering some kneecaps, but my friend asked me not to. She just wanted to forget it ever happened. I wasn’t in total agreement, though I let it go. She’s in the process of getting the authorities involved. While that doesn’t exactly soothe my anger, I’m managing to keep things in their proper perspective.

After that final encounter, my friend has been going through some issues with hostility and thinking she doesn’t have anybody in her life that actually cares for her. Well, as much as I hate to disappoint her, I do. It was tough for me to listen to her rant and take her anger out on me, but I know she didn’t really mean it; I was just a convenient target.

I’ll never understand what goes on in the mind of an abuser. I mean, if you truly loved someone, why would you hurt them? What makes you think that punching your significant other is an expression of love? Listen, if you have issues or problems with anger, either get some help or find another outlet. Only an absolute coward raises his hand to a woman. Bottom line.

On the flipside- Ladies, if you’re involved with someone who beats you, GET OUT. Don’t think about it, don’t give him a second chance, don’t blame yourself, and don’t look back. Love is a lot of things, but if you think it involves violence, then it’s not love; it’s co-dependence.

I know my friend has been badly traumatized by this ordeal, and at the moment, she probably doesn’t think she’ll ever find someone who will love her the way she deserves to be loved- the way we ALL deserve to be loved. All I can say is, there are no guarantees in life, but the one thing I do know, it’s that there IS someone out there who thinks the world of her. I know this, because I do.

As someone once wrote:

“When someone loves you for you, has pure motives, good intentions, and a heart of gold, they’ll go after what they want, and they’ll not only make it known to you that they want to be with you and how much they care, they’ll do anything in their power to keep you, make you theirs, and likely be open to improving your relationship when in need.”

Everyone has inner demons they need to fight, but there are some things that even love can’t overcome. If the person you’re with lets his demons consume him, they’re going to end up consuming you, too. And as much as it may hurt to hear, you can’t save someone who doesn’t want to be saved. 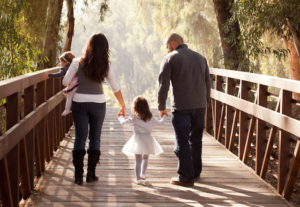