So I received a text message from Anne the other day that said, “Hey, are you gonna write or what?”

I stared at it for a good ten minutes- five of them wondering what was with the attitude, and another five trying to think of an equally crushing response. I mean, no offense to her, but I kinda have this thing about people snapping orders at me. And despite what she may think otherwise, I do not currently have a tattoo on my forehead that reads, “Anne Cohen’s whipping boy.” The only people allowed to bark orders at me are my Mother and my girlfriend, and the last time I checked my Facebook relationship status, it was listed as ‘single’, unless I’ve been hacked again.

So now that I’ve gotten that little anecdote out of the way, let’s get to the point of this article.

I love kids, but I’m not a parent, which is kinda sad being that I take after my Father in that I’m a walking fountain of wisdom with no progeny to pass it onto. That being the case, I’ve always taken a wayward kid under my wing whenever they needed someone to talk to. It’s my way of giving something back for all the times I needed it, and I was really lucky in that regard, because I surrounded myself with good people. I shudder to think what I might have become without them.

Besides, every hero needs a sidekick.

The majority of the kids I’ve mentored have been boys, and for the most part, all of them have grown into fine young men. Yeesh, that sounded pretentious. I think it’s safer to say that although I’m no angel, I’ve managed to learn from my mistakes and pass on those lessons so that they don’t repeat them.

It was a very different experience when it came to mentoring a girl- my friend George’s teenage daughter, Brittany. Britt came into my life while her Dad was living with me. One night, she’d had a fight with her Mother and ended up having to stay with us for two weeks. Unfortunately, George’s parenting skills ranked right up there with Darth Vader, so it was left to me to take care of the kid.

I took her to summer school, helped her study, and kept her entertained so she didn’t dwell on what was going on with her Mom. I never pried her about anything; I just let her talk. Somewhere along the line we got really close. We kept in touch after that, and after awhile, I started to think of her like a daughter.

I wish I could say the experience was easy, but it wasn’t. Brittany was… a challenge. Not that she was a bad kid, she was just a handful. Most of the time I felt like a human safety net, holding my arms out to catch her as she was walking a wire fifty feet above me. Just in case. The funny thing is, Britt never played the “You’re not my father!” card on me, not once. I guess I had earned her respect.

I could probably fill this article with nothing but stories about this crazy kid- like the time she wanted to walk home in the dead of night from her job and I drove seventy miles an hour from my front door to where she was to pick her up, or the time she wired five-hundred bucks to some guy she didn’t know to buy a car that didn’t exist, or the time her car broke down in a shady neighborhood where she wasn’t supposed to be. I swear to Christ- There were times I thought she would be the death of me.

But I could never stay angry with her. The most I ever did was give her a lecture and buy her some ice cream or McDonald’s. She’s too adorable to be pissed off at, and believe me, I tried.

As much trouble as Brittany has been, the plain truth is that I wouldn’t take back one single second of the time we’ve spent together. Hell, I’d do it all over again. Not everybody gets our relationship, and I understand why they would think that. But what they don’t understand is that I have nothing but love, admiration, regard, and the utmost respect for that little girl. As far as I’m concerned, she’s my kid in every way that matters except one.

There was one time when one of her friends came up to me and said, “So you’re the Greg that Brittany keeps talking about?”

Her friend said, “Yeah. She says you’re the Father she never really had!”

I nearly lost it then and there. That was probably the best compliment I’ve ever been given. Hands down.

Like most fathers, I wasn’t thrilled when she started dating, mostly because I thought none of the meatheads she liked were good enough for her. I still don’t. But since she was putting herself out there, I gave her my best piece of advice:

“Kitten, you know you’ll have found a keeper if he respects your opinion, treats you like a queen, and most importantly, kisses you on the forehead. That’s how you know a guy really cares for you.”

I used to worry about Brittany, but she’s grown into a woman I am very proud of and love very much. Family isn’t defined by blood alone- it’s about love, too. 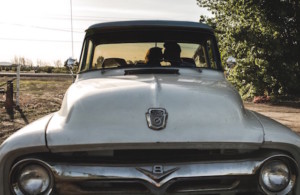 The Pet Name: One of the Easiest Ways to Tell He’s Losing Interest
Why men shouldn't use pet names during early dating.