I feel so peculiar. I don’t know what to say, which is really strange because I’m a writer. I paint pictures with my words. But lately, it’s been hard. See, I finally found what feels like divine inspiration, only to lose it just as suddenly as it came to me.

When she disappeared from my life, I couldn’t help feeling as though I’d been abandoned. I know that probably sounds overly dramatic, but ask yourself this question- if you were given a glimpse of Heaven, what would you do to get it back?

My answer is the same as yours, probably- anything. There was a moment when I felt as if I’d lost her, and everything in my heart that she brought out of it had faded away, and the person I was becoming had died before having a chance to see the world through her eyes.

A part of me was glad for that- the darkness inside of me wanted no part of it, because it knew where it would lead- back to the hurt and the pain. But as much as I wanted to deny it and forget about it, that sliver of sunlight she implanted in me remained. It didn’t give up on her. My heart didn’t give up on her.

In some ways, she and I are two sides of the same coin. We’ve both loved hard, and we’ve both been hurt, but we still want to feel love, but not just any love- the kind of love where two souls are a perfect match, that have a synergy where they connect on a level that goes beyond lust or attraction. An intimate bond that goes beyond time, space, or distance. Nothing can break it.

Only, we haven’t gotten that far. And truly, I don’t know if we ever will.

It doesn’t really matter, though. I don’t need it for the moment. I only need her. I need to know that I have her trust, her respect, and her regard. As long as I know there is a piece of me in her heart, then that’s enough.

Although I’ve never had the courage to tell her, she became my world the moment she stepped into it. Sometimes, I dream of seeing her at my door and seeing her smiling face. I would give anything for that dream to be a reality.

I know there’s nothing I can’t do as long as I have her in my head and in my heart. It’s not a matter of faith- I know because I’ve done it.

I wish I could erase her fears and doubts, I wish I could convince her of what I know to be true, but that’s not my place. That’s her journey to take.

But if there’s one thing I need her to know, it’s that we’re better together- we make each other better. We inspire each other. We’re invincible.

She’ll never admit it out loud, but she knows me in a way few people do. It scares me a little bit, if I’m being honest. But I’d trust her with my life, my words, and my heart.

Because she is my heart. 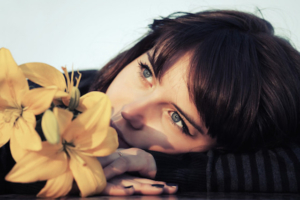 The Best Things to Do When You’ve Been Lied to, Hurt, and Manipulated
Some great ways to heal, and deal with the pain.