I’m a writer, which also makes me something of a romantic by default. But in so far as falling in love goes, I haven’t had the greatest of luck in that. Ever since I could walk, I’ve been on a quest, it seems like. A quest to find that one, perfect, true love. Not that that makes me anything special. Who isn’t looking for that?

This is not about what I want, what I’m looking for, where I’ve been, or if I found it. I don’t know what love is, but I know what love is not. It’s not selfish, it’s not manipulative, and it isn’t obsessive.

I have a print of a famous photograph, “Kiss at the Hotel Deville”, by Robert Doisneau. I keep it near my desk for inspiration as it embodies my idea of what love is- timeless. It’s two people caught in a romantic moment, ignoring the world around them, a moment in time they could live in forever.

Love is meant to bring out the best in ourselves; to be a reflection of who we are truly meant to be. It’s inspiration;, it’s the creative wellspring from which all art is born. It’s all that and more.

But love means different things to different people. To me, it’s about giving yourself over to something higher, surrendering a part of your soul to someone else, more than just giving them your heart.

It’s more than just looking into someone’s eyes, and feeling that instant attraction. It’s an intimacy that goes beyond anything you’ve ever known- it’s more than physical, it’s more than emotional, it’s two souls connected by fate.

People say that love is destiny, but I’ve never believed that. Destiny is the finish line, fate is a confluence of events that draws you and one person together. It might be a lonely road, and we may all start out on separate paths, but even parallel lines meet at infinity.

Love is a sacrifice. It’s about surrendering a part of your happiness for someone else. It may sound like too much to give, but what nobody ever tells you is that the return is so much greater than you ever dreamed.

Trust and honesty go hand in hand. They may also be the hardest things to give, but if you have faith in your significant other, your bond will be unbreakable.

Lust and attraction come and go, and there will always be a lure to stray, but if your feelings are true, then hurting the one you love will become an unthinkable act. Jealousy is a natural emotion, but you shouldn’t let it consume you. It’s really just a reaction to another person being envious of what you have.

Sometimes you meet people that you think might be ‘the one’, and sometimes you crash and burn, but if you do, it’s only because it was never meant to be. But if you find where you’re meant to be, if you find that one person you can’t walk away from, then you’re home.

The perfect woman doesn’t exist, and my days of being a white knight on a noble steed are long behind me, but the quest goes on. I may not understand the meaning of love, but I don’t mind if I die trying. 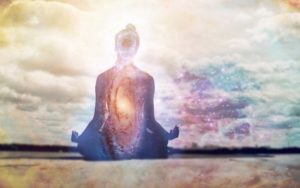