This is going to be a hard one to write, mostly because it’s not about you. It’s about me. I’ve written three pieces telling you how I felt, and I really can’t make my feelings any clearer than I already have. As much as I wish otherwise, I’ve let down my walls and bared my soul to you. In all honesty, I really don’t like being so vulnerable and emotionally naked, but what other choice was there? It was either that or risk having a mental breakdown. And believe me—I very nearly did. If anything, I feel like Superman after losing his powers, dodging a hail of bullets and trying not to get shot.

I know things are kind of rough at the moment, and I didn’t mean to make them worse. I guess I was so wrapped up in what I was feeling that it never occurred to me you were going through your own stuff. I’m sorry. In fact, I’m sorry for a lot of things, which are probably too numerous to list in this letter. I hope a blanket apology will do.

Truth is, I’ve never been good at dealing with my emotions. When I was young, I was very oversensitive. I’d get so bent out of shape; you would have thought the world was ending if I got pissed off at something. It wasn’t until I hit my twenties and my family asshole gene kicked in that I grew a thicker skin. It got even harder when my heart got broken. Since then, the sensitive guy in me just died and I thought he was gone and buried forever.

Until I met you, that is. Now he’s clawing his way out of the grave and wants to feel the sunlight on his face. And no matter what I do to push him back down, he’s fighting me, tooth and nail. It’s probably because he’s got you in his corner, cheering him on. After years of having false hope, he finally has a reason to fight, and it’s you. It’s going to come down to a fight between him and the asshole, with me in the middle. It scares the shit out of me, mostly because I don’t know whose side to take.

My natural inclination is to back the asshole, mostly due to the fact that he’s been with me for so long. He’s been my strength, my defender, and the builder of my walls. He’s the one thing that has always picked me back up when I got my face kicked into the dirt. In my darkest moments, the asshole has kept me going when all I wanted was to give up. He’s the one whispering in my ear not to let you in. He’s the one telling me to walk away from you before I get in deeper than I already have. He’s the one doing all the sabotaging. To him, you’re just another heartbreak waiting to happen. He wants you gone.

And me? I don’t know what to do. I’m paralyzed. Writing this article is becoming harder the further I get into it.

I don’t think you realize what a profound effect you’ve had on me. You think I’m ‘changing’ myself for you, but I’m not. All you did was unearth something that was already there. And I know something’s different—you can tell when you read my work. Ever since you entered my life, it has forced me to reconsider my words and to dig deeper, to be less angry. More people than ever are beginning to notice me. That’s all you—you’re inspiring me to be the writer I always should have been.

The crazy thing is—as happy as I should be about all this development, I’m not. Happiness is completely antithetical to my state of being. Every single time I’ve come close to anything resembling happiness, it gets ripped away from me. People I love, gone. The ones I have left I keep at a distance. If I were to get any closer, they’d probably be gone, too.

It probably explains why things are so screwed up between us. I want to tell you all of this, but I don’t know how. Okay, well, I’m telling you now, sort of.

Considering I already had one of the greatest things in my life taken away from me, I hope you’ll understand when I say I don’t want to lose the best thing that ever happened to me, and that’s you. It’s making me crazy.

I try to tell you this stuff in a way that will make sense, but I keep screwing it up. In my head, I can feel the asshole scrambling to rebuild the walls and doing his best to mess things up between us. Sometimes I think I’d be better off if I just walked away—for your sake and mine.

One of my friends noticed my erratic behavior and asked me what was wrong, and not wanting to get into detail, I just said, “Girl issues.”

She replied, “If she’s not making you smile, then she’s not worth your time.”

I said, “That’s the problem. That’s all she does.”

Then she asked, “How is that a problem?”

She laughed and suggested I should either push the issue or walk away for my own sanity. I told her I couldn’t do that. I don’t want to—because if it came down to a choice between living in limbo and living without you, then I’d rather languish in limbo. When you live your whole life getting by and not knowing what you want, it’s kind of a big deal when you figure it out.

I want to be a writer. I want to get my book published. I want to help you every single way I can and inspire you the way you’ve inspired me. I don’t want you to be anything other than who you are. You might think I want you to be something closer to my personality, but I don’t. That would completely negate why I fell for you in the first place. There ain’t one damn thing I would change about you.

As for the rest… well… maybe I’ll tell you someday. I’m not in a rush. You may think you know what I want, but you’d be wrong. No matter how I feel on the inside, I want a lot of the same things you do. I want to know everything about you. So what if it takes a little time? It’s not as if I have someplace more important to be. There’s nowhere else I’d rather be. I’ve finally found where I belong. Like I said once before, I aim for the heart. I’m in this for as long as you’ll have me.

At one point, I thought I had all the pieces in the puzzle of my life. As it turns out, the image changed and I had to start all over again. I just didn’t know it. Are you the missing piece? I don’t know, but I’m willing to find out. In my last article, I said that words are my weapons and my shield. So here I am, kneeling before you, and laying them down at your feet. They’re yours.

2 thoughts on “An Open Letter to Someone In Particular” 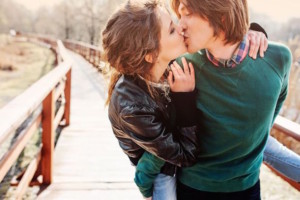 Stop Trying to Fix Someone to Be Your Best Match
You can't. And you shouldn't even try.