I’ve always been a huge fan of THREE’S COMPANY. When I was a kid, John Ritter was my idol. His character, Jack Tripper, was who I aspired to be. Okay, probably not the most ambitious role model a guy could have, but Jack was a nice guy and kind of a dork who got all the hot chicks. Unless he screwed it up, of course. Probably explains why a lot of my relationships have never worked out.

Anyway, one of my favorite things about Jack was his best friend, Larry. Larry was a weasel and an alpha-class hound who chased women the way a dog chases a cat with a snausage tied around its neck. My brother used to joke that everybody should have a friend like Larry. Which I do. His name is Juan.

I met Juan twenty years ago when we both worked for a cable company. Though he was a few years younger than me, we hit it off immediately. We were the type of friends that loved hitting the bars and picking up the girls. Juan was the good-looking player; I was the funny wingman who always knew what to say.

Between the two of us, we probably kept a few convents flush with new nuns. I probably shouldn’t be too proud of that, but… yeah.

Things are different now. Juan is a dedicated husband and father, and I’m single and recovering from a stroke. Our legend remains.

At any rate, I was awakened early this morning from a deep sleep by Juan, who messaged me to say that the husband of a girl I had a thing with 20 years ago had just passed, to which I responded, “And I should care about this, why?”

If I could have reached into the phone to slap him, I would have. I said, “I’m recovering from a stroke! What do you expect me to do, roll up in my wheelchair, wait until the service is over and ask, ‘Hey, you wanna get a drink?’ Jump back!”

To add a little context to the story, the girl, named Janelle, was someone Juan and I worked with around twenty years ago. She looked like a slimmer, tinier version of Trinity from THE MATRIX, only with more personality. Every guy in our department crushed on her. The only problem was that she was in a relationship.

For reasons that I still don’t quite understand, Janelle had the biggest crush on me, a crush so massive that she was willing to leave her fiance for me. I never did anything to encourage her feelings, but once he had picked a drunken fight with me over her for nothing, all bets were off.

Over the next few weeks, Janelle and I spent time talking, stealing moments alone together and developing heavy feelings for each other. I never acted on my emotions, but the longer it went on, the harder it became to resist.

When it came time for her to decide what she wanted, she chose her husband, because he was willing to settle down. I was nowhere near that point in my life. So I let her go.

I sort of regretted it, but not enough to dwell on it for very long. I ran into her at a party a year later, and it was nothing short of an awkward encounter. I’d tell you about it if I was sober enough to remember it.

Getting back to today, Juan had a nice chuckle about it. “I just thought you’d wanna know. That’s all!

I groaned and went back to sleep. In his heart, Juan means well. He just wants to see me in a happy relationship, like he is. I sincerely think he would buy me a Russian bride if he could afford it.

When it comes to love, I’ve never been one of the ‘all’s fair in love and war’ school of thought. Janelle came along at a time in my life when I just wanted to embrace life, not build one with someone.

Besides, not even I would hit up on a widow soon after her husband’s death. I have standards. Ok, well, not many, but still. Ha. 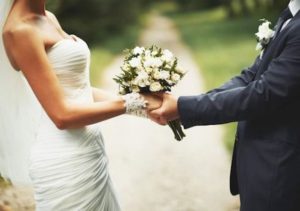 10 Wedding Preparations You Should Never Forget
Some great tips for planning before your big day.