I had a very strange conversation with Anne Cohen about a week ago. Right out of the blue, without any preamble, she asked, “Do you think all Jews are cheap?”

I answered, “Why, did somebody say you were cheap?”

Anne replied, “No, I was just thinking of the stereotype. Do you think all Jews are cheap?” I had to tread very carefully with my answer because I couldn’t help feeling like I was being tested. On the whole, I have a lot of respect and admiration for the Jewish people, so much that I’ve often thought of converting once or twice. The only problem is, my relationship with God has deteriorated to the point where I treat it like the relationship I have with my ex-wife; we’re aware of each other’s existence, but we stay the Hell away from each other.

At any rate, I gave her the only answer I could think of- honesty. I said, “Considering you’re the only Jew I know and we went out only the one time, you didn’t exactly dive for the check when it came!” Neither did I, really, though I did offer to pay for my drinks. (A mutual friend covered the tab.)

I meant it to be a joke, but if you know Anne, you’re aware of the fact that she doesn’t have much of a sense of humor. About herself, anyway.

So I amended my comment by saying, “I couldn’t say either way whether Jews are cheap, because I don’t know very many of them. I suppose if I got invited to a dinner party and got stuck with the check at the end of the night, then yeah- I guess I would say that Jews are cheap. So, no- I don’t think that.”

Which brings me to the point of this article- is it fair to stereotype certain ethnic groups? Speaking from a liberal standpoint, no- I don’t think it is. Speaking as a comedy writer, yeah- it’s totally fine. It just depends on what kind of stereotype we’re talking about.

In truth, every culture has some kind of quirk to it, like it or not. But being that we live here in the United States of America, the “great melting pot”, racists and bigots use stereotypes as a means of justifying their hatred. For instance, they’ll say things like all black people are lazy, or all Mexicans are illegal, or that all Jews care about is money. It’s not true. While there are exceptions to every rule, it isn’t right to judge a whole group by what one or two or even a group of individuals do. I mean, it’s not like I pass through Alabama and just assume every married couple I see are inter-related. See? It cuts both ways.

Then there are the cultural stereotypes that have a certain amount of truth to them- like Asians not being able to drive. Is there any truth to this? Being that I live in the San Gabriel Valley area, I can give you a definitive answer, which is no, they can’t drive worth SHIT. Sometimes I’m amazed my fingers haven’t frozen into a fist with only my middle finger protruding from my hand. (Though I would admit that it would certainly make scratching my butt a little easier.) Now, does that mean I hate Asians or that I think they’re horrible people? No, of course not. But that’s not to say I don’t think it’s funny.

It’s the same for any group you care to name- no, not every Mexican is a Raider fan, every Filipino is not a nurse, not all black people talk in movie theaters, and not all people from the Middle East work at 7-11. But some do. Not that there’s anything wrong with that.

The bottom line is, American culture is the sum total of every other person who decided to embrace the American dream, and that’s what defines us as a country. Our diversity is what makes us great, not the color of our skin or the spelling of our last names.

Jewish people believe that love, tolerance, understanding, and peaceful coexistence are the keys to a happy life, and embracing those ideas are a goal that everyone should strive to reach.

We need them, now more than ever. 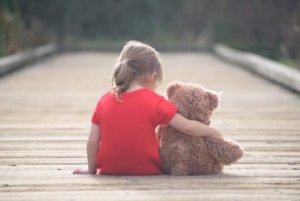