When I was in my younger days, I wanted to devote my life to the study of women. I wanted to discover and peel back the mysteries of the female mind. Now here I am, almost thirty years later, and I’m no closer than when I started. In fact, I’ve probably taken a few steps back. I’m amazed my head hasn’t exploded yet.

I think I’d have an easier time trying to figure out the secrets behind quantum physics. What makes me laugh is that a lesbian friend of mine once told me, “Don’t worry about it. Even women don’t understand women!” I thought perhaps she was kidding, but she was serious.

In comparison, men are simple creatures. If you ask us a question, we’ll answer it. If we get mad, we’ll tell you why. Ask a woman what she’s thinking, and it’s like trying to figure out a riddle given to you by the sphinx. God help you if she’s mad. It’s always the same thing, too- “Well, if you can’t understand why I’m angry, I’m not going to tell you!”

The guy’s reaction is always the same- it’s like the scene in that old horror film called SCANNERS, the guy has a seizure, the veins on his face bulge, and then…. SPLAT! Next thing you know, you’re Samuel L. Jackson in PULP FICTION, picking up pieces of brain and skull off the floor and mumbling to yourself, “This is some repugnant shit!”

Which brings me to the point of this article. Ladies, why on God’s green Earth do you insist on dating assholes?

It seems like every single female on planet Earth says the same thing: “I just want to meet a nice guy!” And yet the moment you meet a nice guy, you kick him to the curb and attach yourself to the nearest douchebag whose Mother didn’t hug him enough as a child and just got out of prison as early as this morning. All because you think you can ‘save’ him and mold him into the perfect guy.

Wake up call, Ladies- you can’t. If by some miracle you do, I guarantee he will turn around, leave you in the dust, and find somebody better.

Contrary to what other people think, the honeymoon doesn’t last forever, but anyone who really loves you will never stop trying. Trying to redeem the ‘bad boy’ is nice in theory, but it doesn’t work in practice. It’s not even real love.

Here’s why: In trying to redeem the bad boy, you may think you’re doing a selfless act, but you’re not. It’s selfish. You know why? Because the only person who will benefit from it is you. The hard truth is that you can’t change anyone. The only time you change is when you want to change. I know that from personal experience. True change only happens when it comes from within.

I’m not saying love isn’t a factor, but inner demons can have a stronger hold than you think. A guy can love you with all his heart, but unless he’s forced to confront his issues on his own, the day will come when he’ll get overwhelmed and break.

If it so happens that you’re in the path of the emotional storm, keep in mind that it’s not anything you’ve done. The best thing you can do is walk away, and the reason is, if you don’t, you’ll only be a crutch for him to lean on. Your relationship will be one of co-dependence. That ain’t healthy.

If a man truly loves you, he’ll learn to stand on his own. If he drives you away, he’ll fight like Hell to get you back. Sometimes you have to lose the best thing in your life to realize how special it truly is.

Everybody is human; people make mistakes, and sometimes we say things we don’t mean. It’s the worst feeling in the world when you wake up from your own pain and realize you’ve hurt the one you love. But if you’re smart, you’ll try your hardest to make it right.

At the end of the day, we all have to realize our own self-worth, and if your relationship is going to stand the test of time, it will be because you’ll be standing hand in hand as equals. 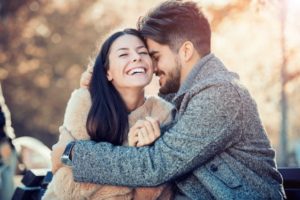 10 Relationship Problems and How to Solve Them
Some great tips on how to improve your relationship.