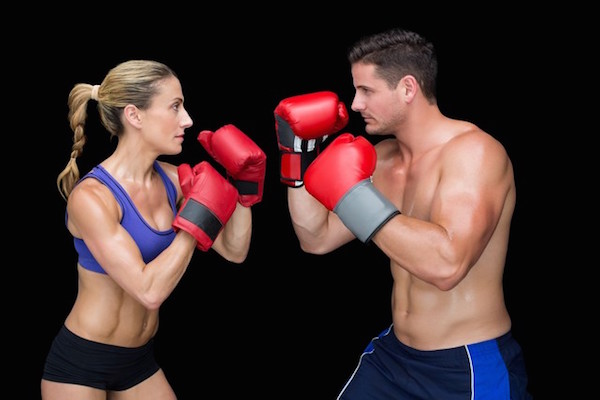 Being in a happy relationship is something that we all desire. Many times, couples that find certain qualities within one another try to stay together, despite any disputes, any disagreements, any differences, or even any hardships that they go through. But the problem with that, is that some of these couples are fighting forward and trying to make their relationships work when they’re simply not the right match for one another. Many times, one person wants something long term and meaningful while the other person, well, not so much. But once they discover their differences, they stay regardless—Big mistake.

Relationships without marital intentions are kind of like boxing in a less significant or amateur fight which at most, can be as little as four rounds. You see, people that don’t have the motive of having a long-term commitment with one another simply don’t care as much. They give up when things get hard, and they don’t fight forward as much as they would if they were more serious about one another. Especially, when they don’t see the other person as having marriage potential for them. Nothing is pushing them or motivating them to fight harder for things to work. And for an amateur boxer (or someone who’s not looking for anything too serious), four rounds may seem like enough, but for those who are more serious and committed to finding something long term, where they can be proud like a champion, it’s gonna take more than an amateur, small potato fight. They simply won’t give up as easy.

Relationships where both people are looking for something long-term with future potential, and when they both have marital intentions for one another, it’s more like professional boxing. Professional boxing has about 12 rounds, or at least they can last up to about that many. And I know what you must be thinking, how can I compare relationships to boxing? Well, I’m doing so, because relationships that last are all about having the desire to fight forward when things get tough, and being willing to give something you’re all when your intentions are pure, and when you truly and genuinely want something to work.

If someone is willing to give up, they should have a darn good reason for it! One good reason could be that two people are simply not the right match for one another, which is always a pretty clear and good reason. Another reason for couples not to push forward or fight for things to work, is because they might ultimately want different things, they might be on different pages in their lives, or they might desire to have things in a different time frame. And some couples are simply incompatible, and that can usually become apparent pretty early on from the get-go, especially when they ask the right types of questions and they spend enough time getting to know one another on a deeper level. But when couples see that there’s truly enough potential in someone, they should be willing to fight forward, just like in a professional boxing match—only it shouldn’t be limited to 12 rounds. It should be limitless, and with the intentions of spending a lifetime with one another, and fighting towards making things work throughout their lives.

When couples are right for one another, it’s usually because there’s enough chemistry, there’s great communication, there’s honesty, trust, compatibility, and their future goals and dreams are aligned with one another. And sure, we all have certain wants, needs, and expectations that we hope to find in a partner. And as long as those wants, needs, and expectations are reasonable, the right match will be able to handle them, and even view and embrace them as not only manageable, but they’ll feel the desire to do what it takes to make their partner feel fulfilled and happy as best that they can.

Having said all of the above, when couples want their relationship to work, to last, and have lifelong potential, it’s important to know the difference between fighting forward, and fighting against one another. As long as love is the foundation of a relationship and as long as both people equally feel the desire, and have the will to push forward and fight towards making things work, they should do so, and with all of their heart. But when couples go through hard or turbulent times with one another, it’s important to know that love isn’t enough if you’re not going to be willing to equally do your share in the relationship, and work hard on improving things not only in the beginning, but always.

All relationships take hard work from both people, and the more that couples want their relationship to work, the more they need to be willing to push forward and to fight for things to work. The more that couples fight for things to work in a relationship, the more of a chance that they’ll have at experiencing ultimate happiness and peace with one another. However, couples that fight against each other, sweep things under the rug, avoid confrontation or do everything in their power to avoid having any type of drama in their lives, aren’t going to improve, and their relationship likely won’t last or be happy in the long run.

Fight forward by fighting to make things work, instead of fighting against each other by postponing or avoiding working on your issues. And last but not least, don’t give up when things get hard if you truly see long-term potential with someone. Have faith, stay positive, and strive to be the best partner that you can be. Be willing to do what it takes to improve your relationship during hard times and when you fall (which most of us do at times), and be willing to not only pick yourself up, but help your partner get up as well.

Remember, if you’re on the same page as your partner, and you’re both interested in having something long-term and meaningful, then it’s important to go about your relationship like a professional boxer. Don’t give up after four rounds, and never, and I mean never stop trying or stop working on improving yourself or your relationship until your very last breath. If you want something bad enough in life, you have to be willing to go after it, but then once you attain it, to work hard maintaining it for the long run. 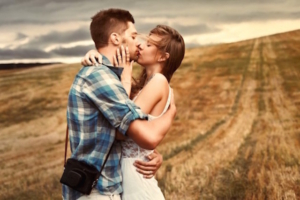 Why You Should Kill Your Prince Charming Expectations
Don't get let down by your own unrealistic expectations.