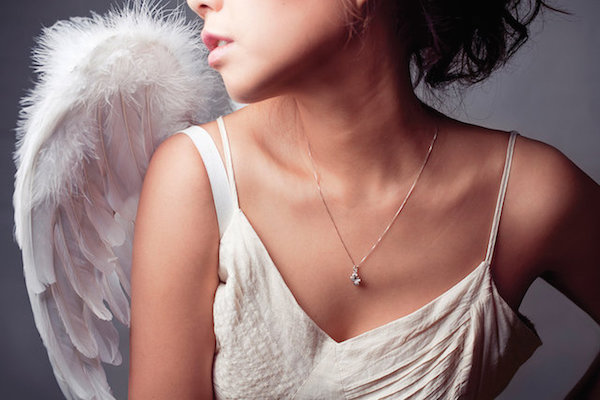 When I was little, I was so confident in some ways. But I suppose they were the ways that never mattered to anyone, other than me. I felt pretty. But I also felt very alone, self-conscious, and insecure about doing things in public, like eating. I didn’t like to have people watch me eat or even stare at me for too long. But they did. I always assumed that there was some negative reason why people would stare. I never thought it was because I was pretty.

Maybe I was self-conscious all of the time, because sometimes when I would have food on my face, people would tell me within half of a second, “Annie, you have food on your face.” Perhaps if I were ugly and overweight, no one would’ve noticed that there was food on my face to begin with. But they did, and I became very sensitive to that, and just pretty-sensitive in general.

Sometimes I would sing in chorus, on stage I’d perform in the choir, and I’d even act in plays. I never got any lead roles though, but I did get a few solos. I’d take turns singing with my girlfriends, and would hate being interrupted, knowing I’d have to rewind the songs (we had tape cassettes back then), and start all over. I liked the attention. I’d even sing in front of my mother’s Kabbalah classes. I could sing well as a child—at least I arrogantly thought so. But my body would shake all the way through my performances.

I was literally forcing myself to do things, even though I was so nervous and afraid. My dream in life was to be a singer.

In my own child-like imagination, I felt like I knew more than the rest of the world. Not in every way, but more so from a superhero standpoint. I thought that I was an angel and maybe even a princess in disguise. I thought I was both, an angel and a princess—an angel-princess to be exact. Silly right? But it’s true— a real angel princess. I thought that whenever people looked at me, they knew that I was a princess in disguise, and when they saw my eyes, they knew the power that I was holding inside of me.

I thought that when people would make eye contact with me, they’d instantly know that I was different, and special in some way. I know that it’s common amongst kids, and in psychology for toddlers to feel what I did. One might even say that I had secret-egocentric behaviour. Especially, since I never told anyone how I felt. I suppose that it’s normal for young kids—only my feeling didn’t stop when I was a kid.

My secret powers were that I was kind and beautiful, believe it or not. It wasn’t really a superficial, egotistical, I’m prettier than anyone else, type of feeling. It was more so, the feeling that being kind to strangers and doing sweet things meant that I was an angel, and it made me feel beautiful inside. I figured that was why people would say nice things to me, or to my mom about me.

I have no idea what people would think if they knew I really felt this way, other than maybe, I was some type of narcissistic kid with a massive ego. But the funny thing is, I never really had an ego, if anything I was humble and insecure. Even as an adult, when I look in the mirror, it was usually just to perfect my makeup, to make sure I didn’t have snot hanging out of my nose, and sometimes I’d even forget to look at myself throughout the day. That might be why I have no sense of style when it comes to fashion.

I was so insecure and self-conscious as a kid, that I would demand that whenever my mother would take me to a restaurant, she’d request a secluded table. I would be so angry at her if she didn’t specifically request for secluded seating. If she couldn’t get a private table somewhere, I would refuse to eat. God only knows how I knew what the word “secluded” meant at the age of maybe six or seven. All I knew was that people would stare at me, and I always thought it was because something was on my face. I didn’t like it.

People always told my mother what pretty eyes I had, and asked if my eyelashes were real. I appreciated the compliments that I always received, even when people would say them directly to my mother, instead of me. But it didn’t create any type of massive ego in me, because despite the fact that I liked the way that I looked, it never really got to my head. I felt like I was a good person on the inside and from the very get-go, but I think that being a nerd in school kind of balanced out my perhaps arrogant view of myself.

I really did think I was an angel. It bothered me so much when my mom would take me to restaurants, and people would stare at me. I always felt uncomfortable when people would watch me eat, and this even went on throughout my adulthood. God forbid if something was caught in between my teeth, and I didn’t know about it. I wanted perfectionism, even at the age of six or seven. Angels are perfect I thought, and so are princesses. And if I was a princess or an angel, I had to be perfect at all times.

I’ve never been perfect. If anything, I’ve been far from perfect my whole life. I had anything but a perfect childhood, but I’m O.K. with that. I think it made me into who I am today. I was resilient, strong, and I worked really hard on myself to be where I am in my life. I don’t really have any big regrets about my past in any way, other than the little things that go on throughout my days, which I usually tend to learn from. But I definitely don’t regret being an angel as a kid— or at least, thinking that I was one.

Thinking that I was special, and an angel-princess of some sort made me feel like I had a security blanket— which I actually did have until I was an adult (yes I’m one of those people). But the security of feeling that I was special and different was probably what kept me going. I would watch things around me happen that many times, I wouldn’t agree with. But what could I do, I was a child. I knew right from wrong since I was very young, and I always wanted to do the right thing. I didn’t, but I usually learned from my mistakes—still do.

I wanted to be perfect in any way that I could, but without having an ego, and somehow I knew what the word “humble” meant, and I felt it deep within my heart. I saw my parents both helping people and giving back in different ways. They always helped people that were less fortunate, and I thought it was truly beautiful. I felt that no exterior beauty would ever compare. I wanted to be the same way. So, I knew it was important to help other people. Besides, I knew that angels did good things.

As of now, I stopped wanting to be a singer, and I still don’t like being watched when I eat. Many of my fears more than lingered into my adult life, and I ended up developing some type of overwhelming stage fright. I no longer felt the desire to do things like entertain others, or be the star of the show. I suppose I’ve more so, developed the desire to help people in my own way.

Somehow I came to the point of realizing that I’m not perfect, that I’m not an angel, but that doing kind acts were very angelic—and that was good enough for me.

4 thoughts on “Angels Don’t Like to Be Stared At” 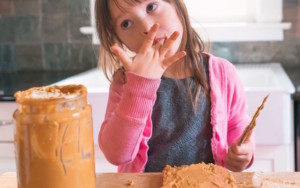