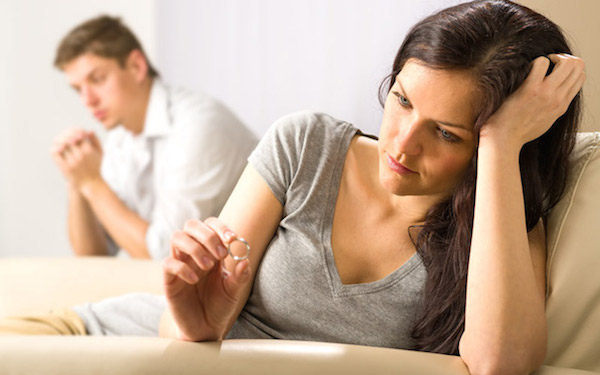 Many times, people struggle when it comes to getting over an ex. It’s important to realize that things in your past ended for a reason. In a healthy relationship, there should never have to be a push and pull to the point where you feel that you’re forcing things to work. If you have to force anything to work, you’re likely with the wrong match.

Think about it. Even when you put a key in a keyhole that doesn’t seem to fit or turn, it’s not going to unlock, and if you keep forcing it – it will eventually break. You see, either the key is the wrong key altogether, the keyhole isn’t matching up and aligned correctly for the key, or you’re not in the right state of mind – where your nerves could possibly even be the “key factor” (pun intended) for you trying to force the key into the keyhole in an aggressive manner. Do you get my drift?

You should never have to force something to work when it’s right. Having said that, sometimes we want things to work so badly that it nearly eats us up alive, and we feel that we can barely grasp for air – or at least that’s how we feel in the moment. That type of feeling might not only last for weeks or months, but that longing might stick around for years. Sadly, many people go through this type of unnecessary heartache and longing, and frankly, there’s nothing more torturous to the soul.

Grasping for Air, Because You’re No Longer Here

It’s imperative not to get hung up on a situation to the point where we’re forcing it to happen. Healthy and happy relationships should ultimately provide more happiness for couples, not less. As well, in a good relationship, things are naturally going to flow to some extent, and you won’t have to experience the drama and turbulence of a push and pull, back-and-forth, make up – break up type of scenario in a relationship.

There’s one scene in “Sex and the City” that I just love! Samantha Jones played by Kim Cattrall tells her friends how to tell when you’re in a good relationship. She says, “Is your face like this (as she displays a big grin on her face) or this (then she puts on a pouty-frown face)?” She meant it in a very rhetorical sort of way, and the truth is, she’s right! You should feel happy when you’re in the right situation, and you shouldn’t have to feel that you’re forcing things to work or even forcing someone to develop stronger feelings for you.

I was actually chatting with my daughter this evening, and we were discussing relationships in general (one of our favourite topics), and she came up with one of the wisest statements that I think I’ve ever heard – and I don’t mean wise for a 13-year-old. I mean wise period. She said, “Just because someone wants it to be a certain guy or girl, doesn’t mean that he or she is ‘the one’ that you’re supposed to be with.” Good G-d, my daughter is amazing! I swear, I think I’m becoming a better writer because of her.

We were talking about having hope, and whether or not we believe in soulmates, etc. I personally believe that we all have a soulmate, and I genuinely feel that if I didn’t feel this way – at that point, I’d have lost hope at finding my one true love. Having hope is essential when it comes to finding your best match in life because you need to stay optimistic when searching for love. As well, your heart must be open to receiving that love when it comes around. However, what people shouldn’t do is linger on, waiting for someone to step up, do the right thing, and become a better, more evolved, and an enlightened person or partner for that matter.

You can’t expect people to change, nor should you try to change them to fit your lifestyle, needs, and preferences. I really believe that we all have that perfect fit, and we shouldn’t settle for less. Many times we waste our time dating people that are just “okay matches,” instead of waiting to explore situations that seem more promising and a better fit. Going on pointless dates serves no one any good, and if anything, they can be distracting, deflating, and they might even feel like a big headache once you’ve got on enough of them.

The truth is, you should never feel like you’re wasting your time dating the wrong people. But instead, you should figure out what you want in a match, what works for you, and what doesn’t so that you’ll have a better idea of finding it when it crosses your path. Just remember to recognize that when a situation leaves you in doubt and with questions as to whether or not it’s the right match, you shouldn’t have to force things to work.

Sure, you might be getting cold feet. But I’d seriously think about what you’re having doubts about, because you shouldn’t have to force things when something is right, and if you have doubts now and before marriage, if that’s your ultimate goal, then you need to address your doubts now, and beforehand. Like my daughter said, “Just because you want to be with a person, doesn’t mean that you should be with them.”

G-d has His own plan as to what’s in store for us. Sometimes no matter how badly you want something to work and you want to be with a particular person, and for whatever reason, it doesn’t happen – it’s okay. The right match for you will view you like the sun and the moon, and nothing less. Why settle for someone that isn’t right for you. There’s no need to force things because when it’s right you’ll know it, your partner will know it, and things will naturally tend to go smoother and flow to the point where you both feel more happiness. 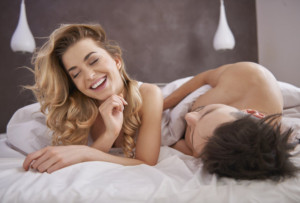 The Importance of Having Great Chemistry from the Very Get-Go
It's either there or it isn't.