False accusations have a negative impact on your public reputation as well as your family and the business you own or work for. The most important first step is to realize that unless you are a licensed lawyer, it is not likely you can defend yourself as well as a defense lawyer. The investment in legal assistance for this situation is worth the cost. Sure, you want to cooperate. However, you also don’t want to incriminate yourself or not know your rights. Read on to learn more about what to do if you get falsely accused, profiled, and questioned by the police.

False accusations usually infer that someone has lodged the accusation of wrongdoing that is not supported by evidence and facts or is patently untrue. Your criminal defense lawyer will determine if the false accusation is of a federal, state or municipal nature. In some cases, a false accusation is the result of profiling. For example, under H.R. 1498, Sec. 101 of the federal legal code, ethnic profiling is illegal. Note that in legal cases, federal laws may supersede state laws regarding profiling.

What do Do When You Get Profiled and Questioned by Police

To begin with, the U.S. Constitution’s Amendment IV clearly indicates what illegal search and seizure are:

“The right of the people to be secure in their persons, houses, papers, and effects, against unreasonable searches and seizures, shall not be violated, and no warrants shall issue, but upon probable cause, supported by oath or affirmation, and particularly describing the place to be searched, and the persons or things to be seized.”

Thus, it is important to know where and when the false accusation occurred and from whom it originated in order to establish a criminal defense.

However, should you be profiled and questioned by police, you need to know your rights at the time of police profiling and questioning.

The police must, first and foremost, read you your Miranda rights. The Miranda warning is based on your Fifth and Sixth Amendments Constitutional rights as per the 1966, Supreme Court decision, Miranda v. Arizona, 384 US 436 (1966).

In this decision, “the Supreme Court held that a defendant cannot be questioned by police in the context of a custodial interrogation until the defendant is made aware of the right to remain silent, the right to consult with an attorney and have the attorney present during questioning, and the right to have an attorney appointed if indigent.”

The Miranda warnings originate from the Fifth Amendment privilege against self-incrimination and your Sixth Amendment right to counsel.

If you do not have access to legal counsel, the court will appoint one for you. Also, you do not have to consent to a search upon yourself or your belongings. However, it is important to know the police are still allowed to pat you down to search for a weapon.

Should you feel the accusation, profiling and questioning are violating your Constitutional rights, it is acceptable to make this known to police until you have legal assistance.

Although you may still be arrested at the time you are stopped, this does not mean it’s right. Contacting an attorney does not mean you are guilty. It’s your right for the police to follow the law. An attorney can make sure that your rights are upheld by the police. You may keep a documented record of the entire police episode for use in a legal case and you do not need to share it with police. 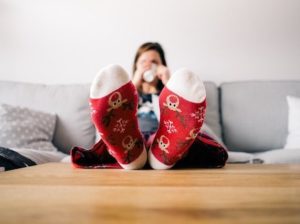