Up until a few years ago, it wouldn’t even be possible to talk, and let alone talk positively about CBD products. However, times are changing, and people are coming to see that there are some good health effects of cannabidiol, and it has gained quite a hype lately. In fact, a 2018 clinician survey showed that the attitudes on CBD are generally positive, at least among functional and holistic medicine practitioners. Many of the survey participants are already on board with it while others are willing to learn. CBD is also endorsed by many celebs, including Seth Rogen, Whoopi Goldberg, Morgan Freeman, Michael J. Fox, and Montel Williams.

This, however, does not mean that there are no risks associated with taking CBD products. The key is in having enough knowledge and wisdom to use them, and with finding the right balance. And because of that, we’ll discuss the whole hype around CBD, and everything you need to know about it.

What Is CBD Anyways and How Is It Different Than THC? Cannabidiol (CBD) is a natural plant-based compound. It is found in the resinous flower of cannabis, which is the origin of many controversies related to it. Cannabis is a plant with a history as medicine going back thousands of years, but it is also thought to be addictive.

This is because CBD is closely related to another phytocannabinoid: the addictive tetrahydrocannabinol (THC).

While both of these compounds have noteworthy therapeutic qualities, CBD does not make a person feel intoxicated or “high”, because it has different effects on the receptors in the brain and body.

On the contrary, CBD can neutralize or lessen the psychoactive properties of THC, depending on the amount consumed.

All of the above makes CBD an appealing option for those who would want a natural treatment solution. CBD, like other cannabinoids, attaches to certain receptors and causes reactions. These receptors are located mainly in the brain, but there are some throughout the body. The use and the effects of the CBD are still researched by many scientists and, for now, epilepsy treatment is the only one with significant evidence backing it. Last year a U.S. FDA advisory panel unanimously recommended authorization of the CBD-based medicine, Epidiolex, for treatment of two rare forms of childhood epilepsy.

Most other uses remain largely unproven. However, there are some indicators that CBD can be used for treating depression, sleep deprivation, and other sleep-related conditions, and anxiety.

There are, however, a couple of promising studies proving that CBD oil can help to manage migraines and provide pain relief.

How Is Cannabis Oil Used?

There are a few different ways people use CBD oil for medical treatment. It is possible to eat it or drink it, by infusing it in your beverage or food. You can also ingest it in a capsule. CBD oil can be applied on the skin. Some people are spraying or dropping it orally, while others prefer vaping.

Are There Risks Associated With CBD?

The biggest issue with CBD comes from a lack of regulation (do not confuse this with the legality of CBD, which is unquestionable). While some states adopted certain forms of regulation for this field, because of the legally foggy nature of cannabis, the FDA is not in a rush to regulate products like CBD oil.

A 2017 study found troubling data that 7 of 10 CBD products didn’t hold the amount of marijuana extract guaranteed on the label. About 40% of the tested product contained too little CBD, while more than one quarter contained too much of it.

Although it is not lethal, inaccurate labeling of CBD products can lead to adverse effects. Some of the most common side effects associated with CBD oil are:

As you see, the list is far shorter than most of the painkillers and prescription medications.

So, Is It Worth the Hype? Since it hit the mainstream in 2018, CBD was the subject of many debates. It was discussed both by the medical experts, such as Philip McGuire, professor of psychiatry and neuroscience at King’s College London and by the Hollywood’s A-listers, like Gwyneth Paltrow. The opinions are divided, but, for now, it is certain that it can bring some positive health effects. However, because of the lack of regulation, it is imperative to source CBD products only from trustworthy sources which test the accuracy and the efficiency of the oil and label their products accordingly. 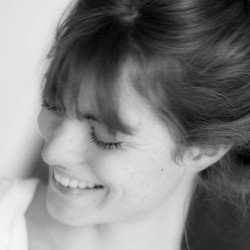 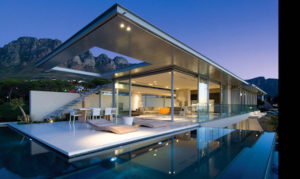