When you meet someone in life that makes you smile, makes you laugh, and gives you the feeling that you can stop searching for anyone else to date, you’ve found something special. You know that it’s right, and more so, you know that the timing is right as well as the situation when you can take a deep breath, feel a sense of relief, and know that everything really is going to be alright.Knowing that there’s someone that connects with you on so many levels, in so many ways, and towards so many things that are special and important for you to have in a partner is genuinely so relieving. To have that feeling of relief that you can just let go, be yourself, and know that they feel the very same way is beyond words. It’s unreal, surreal, and such an incredibly fortunate feeling for those that are lucky enough to get it.

To know that someone loves you back in the very same way that you love them is touching, heart warming, heart melting even, and to the deepest part of our souls. The right person will naturally make things seem simple and easy, because that’s how things are supposed to be when you’re in the right situation. Things are supposed to be simple, and by simple I don’t mean that they don’t take hard work and maintaining, because everything good in life takes effort, hard work, and dedication. But, when you’re truly in a healthy and beautiful situation, things will naturally flow and feel easier, as opposed to things being filled with drama, stress, and turbulence.

The right person for you will want you to be the best version of yourself, to feel fulfilled as a person, and in what you accomplish in life. More than anything, they’re going to want your happiness, even if they can’t provide it themselves. The right person will stand by your side, through sickness, through hard times, and even when they have their off and crazy days, they’ll be there, and they’ll keep coming back for more. They’ll see you as human, and know your soul, who you really are, giving you the benefit of the doubt, and embracing the chance of making up with you after arguments. They’ll hold onto you when they can, and set you free when they feel you’ll benefit with the freedom.

The right person will struggle letting you go at times. But even so, they will when they must. They’ll let you go if you don’t want their love, but a part of them will never let go. A part of them knows that you belong together. When you’re meant to be with someone, no amount of time, distance, or space can separate two people. The truth is, and this only goes for when a situation is right, but when two people are meant for one another, that distance, and that space that they might have endured with one another will only bring them to the point of realization that they’re supposed to be with one another.

When a situation is really right and in your best interest to pursue, things will come naturally, and you won’t have to force anything. When it’s your best possible match, the person won’t risk losing you only to discover other loves that could possibly be viewed as a better fit. But instead, they’ll stand by you, just like the songs says. When or if they mess up by leaving at any point, they’ll come back with remorse, and know that they were wrong in one sense for leaving, but right for coming back and ultimately recognizing how wonderful and right you are for one another. Your love for each other will be incomparable, and you’ll both know it.

This doesn’t mean that people should keep the feeling of hope when they’re in a situation that’s unhealthy or when they’ve dated someone that isn’t right for them. On the contrary, I don’t believe in holding onto situations that are unhealthy or toxic in any way. When something isn’t healthy and a couple isn’t the best possible match for one another, they need to end things, let go, and try to move on. Holding onto a situation that’s unhealthy for you isn’t going to bring you happiness in life, and it will only drag you down. As well, it might even stall you from being with the person that you’re supposed to be with, like the one that I’ve described in this very article. 5 thoughts on “An Incomparable Love” 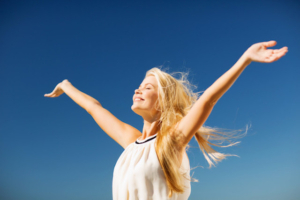 Seeking Approval of Others and Being Happy
Are you proud of me?