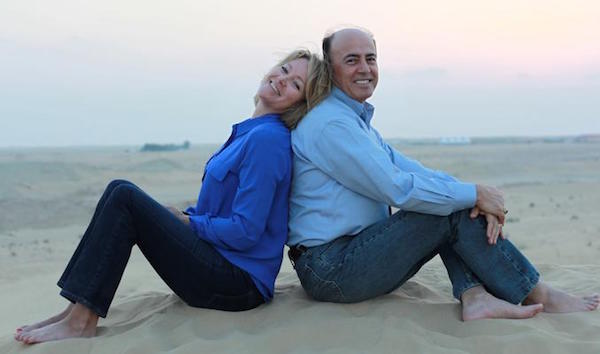 For those that want to have “good game” as far as dating goes, they should try being real and authentic with who they are at their core. Since when did someone acting normal become something so rare. It seems to those that are more of the genuine types of normal has become a quality rather than a type of person. Now when someone acts “normal,” genuine, and authentic, it’s viewed as something rare and refreshing to many.  In the dating scene, normal is one of the most refreshing qualities. Even though, it used to be an obvious component of even conversing with someone, let alone dating them.

I don’t even understand how that’s remotely possible, because being normal should go without saying. Everyone is supposed to be more or less on the normal side. We’re all supposed to avoid crazy, and all of the other lunatic types that have issues and baggage that they bring into new relationships. I think we can all agree that people need to deal with their baggage and wounds from previous relationships before starting something new. However, when we get to the point in the dating scene where anyone that’s normal seems appealing to us, we have an issue.

You see, instead of looking for our best possible match in life, nowadays it seems that we have to weed through normal, abnormal, and I believe that there are many different types of crazy that we have to weed through as well. But, it’s not supposed to be that difficult to find your match. What we need to be searching for and waiting for is an incomparable love. Many people tend to get so discouraged when being single for so long because we end up feeling like it’s our own fault that we haven’t found someone to settle down with. At least, within a certain timeframe. These days, singles have a lot more pressure as far as time goes, compared to singles from back in the day. The reason being is that nowadays there’s a whole new level of crazy which I’m going to go ahead and refer to them as being manipulative, and playing games.

We shouldn’t have to weed through people as if there are layers and layers of normal or crazy. Generally speaking, if you’re on the market to date, you should be a whole and pretty much together person, looking for something of the same sort. You need to be a whole person, secure with who you are inside and out, and basically, you should like yourself, and be confident. Well, at least to some extent where you can come across as normal. Having said that, dating can be hard. But, if we didn’t have to play so many mind games and use all types of rules that we set for ourselves when dating someone new, things would be a lot easier, and we’d find our match a lot quicker.

People that play games when dating or in a relationship are doing themselves a disservice by disconnecting themselves from their true feelings, and emotions. Disconnecting from your emotions like that is not only deceiving to others, but you’re going to get used to not feeling things in a passionate or intense way whether good or bad. One of the most incredible feelings about true love is the passion and intensity of it. That’s one of the main ways that we differentiate one partner from the next. Otherwise, every relationship would be nearly the same, with the same emotions, the same feelings, and nothing would ever be a little more on the spicy side. I don’t know about you, but I’d like my relationship to be a lot a bit on the spicy side.

Playing games, and disconnecting yourself emotionally is plain old destructive to you and others, so it’s best to avoid that kind of empty nonsense. Remember, when it comes to dating and starting something new, we should keep our eyes open for what’s really important to us to have in a match. We should be careful not to end up choosing our partner simply because they seem normal. Perhaps we’d do so because we’re so used to seeing crazy so much that normal is seemingly becoming more and more appealing, refreshing, and even exciting.

Be cautious, stay alert, and listen to your instinct so that you’ll recognize your best possible match when you see it, instead of being cloudy-minded, seeing something that’s just an average match or even a great catch, which by the way is not what you’re hoping to find. You need to find your best possible match in life, and you shouldn’t accept anything less. I always say you should never have to settle for less than what you want in life, and that includes who you settle down with. 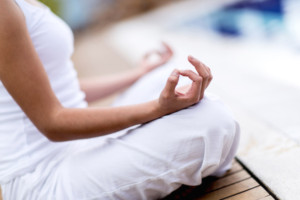 It’s Time for Some Zen
Bring on the inner peace!