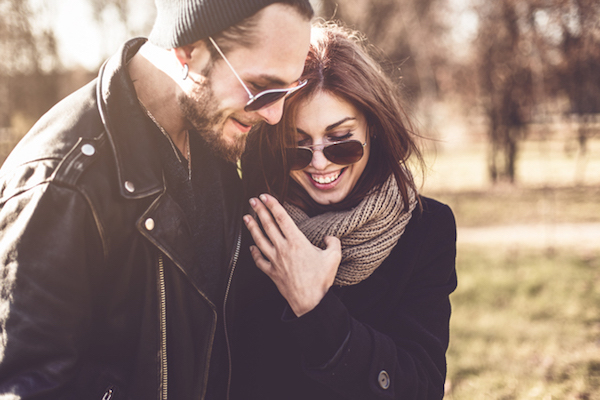 The concept of good girls liking bad boys has been around since the beginning of time. There is a common theme in books, movies, and pop culture of good girls meeting bad boys and falling head over heels, hoping that their love will change him for the better.

Some women, many of whom consider themselves independent, will say that this is an unrealistic fairytale. These are the same women who will pick up a romance novel with this exact plot in it and be enamored, biting their lip with every turn of the page by the picture painted before them. Those of us who are honest will readily admit that while it may seem illogical and our rational side warns us against them, bad boys are highly appealing. The concept of  bad boys is a popular theme for a reason: women are attracted to it.

Some people think that what all bad boys have going for them is that they are physically attractive, but I don’t think that is the case. Many aren’t conventionally physically attractive, but they will still make all the ladies around them swoon and curl their toes. While most people don’t ever try to nail down what exactly is so appealing about these guys, I’ve given it a shot. Here are the five reasons why good girls like bad boys!

There are a lot of reasons why women are drawn to bad boys, but the most overlooked reason, in my opinion, is that they display strong masculine characteristics like aggression. Women want someone who they are confident would knock another man’s teeth out if he looks at her the wrong way, not someone who will cower in fear at conflict. They crave men who are willing to be rough and rowdy to show they care.

They might act like they don’t even see you, or are too cool to care about you, but if someone or something comes along that threatens you, they’ll be the first one to put themselves between you and the threat, physically or emotionally. For as tough as they act, bad boys hate seeing a girl cry, especially if it is their girl. What makes their protective nature so appealing is that it is unexpected. It’s like seeing a tiny glimpse of their “tough guy” mask slip away, which is extremely revealing and intimate.

Dominance and assertiveness are traits that many women find attractive, but few men are willing to display for fear of being considered “too much”. Society has made it very hard to display masculine characteristics like this without being perceived as unintelligent, insensitive or barbaric. Men who call the shots inside and outside of the bedroom exude a sense of power, which makes women feel comfortable in being feminine.

4. They Make You Feel Everything

This is the most glaring distinction between “good guys” and bad boys. Good guys are comfortable, consistent and tameable. Bad boys are wild, crazy and unpredictable. Good guys make you feel complacent, but bad boys make you feel everything, even if you don’t want to.

I’ve seen countless men who are “good guys”, or who try to be good guys, that are frustrated by the fact that while they do everything “right”, the women they pursue would rather be with a bad boy. A woman following her heart will choose a bad boy over a nice guy, every single time. A bad boy might treat her poorly, but she’d rather have him in all his glory and passion over a placating guy who allows himself to be a whipping boy.

When I bounced some of my notes for this article off my husband, he was genuinely surprised by some of the things I said (things that I expected to be common knowledge). He nearly didn’t believe me until I offered him several examples in music, like Taylor Swift’s “The Way I Loved You” in which she sings about the man she is currently with and how he is everything she should want and she’s comfortable, but she misses the roller coaster romance she had with a previous boyfriend who sounds like a bad boy.

A relationship with a bad boy is often unstable, which is part of their appeal. Women are challenged by this to be someone who the bad boy wants in order to keep him, so things never get monotonous or boring. Good girls would rather be kept on their toes by mystery and sparks rather than a man who, quite simply put, often acts emasculated. They want to feel a strong rush of passionate emotions, and that is exactly what bad boys offer them with every look and touch.

There is a lot of societal pressure to be a good guy, but there is also a lot of pressure on men to be bad boys because many men recognize that women don’t want a good guy. I personally know men who have changed themselves to be one or the other in order to attract the woman they were interested in, and it almost always ends in disaster. My husband even did this by trying to act like a player/bad boy in high school (yes, my homeschooled husband used to be a bad boy…) to attract more girls.

The reason why bad boys are attractive is because they display characteristic that women view as inherently alluring because they identify masculinity, even if those characteristics are warped or juvenile. A lot of the attractive qualities in bad boys are derived from a characterization of an attribute they think will attract girls or an emulation of a broken view of masculinity they were taught by their fathers or father figures.

While bad boys are appealing, I’ll let you in on a little secret. There is a type of man who women love even more than bad boys.

The most attractive men in the world are the ones who aren’t afraid to buck both narratives and be themselves. They aren’t self-conscious about who they are, what they like, and what they want. Being genuine and confident is the sexiest thing you can be! So instead of worrying about if you are a good guy, bad boy, too masculine, or not masculine enough, try just being yourself!

13 thoughts on “5 Reasons Why Good Girls Like Bad Boys” 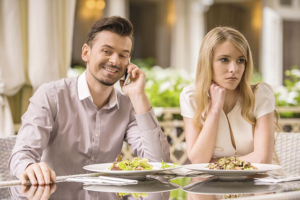 The Importance of Having Boundaries After a Divorce
And how they can affect your dating life.