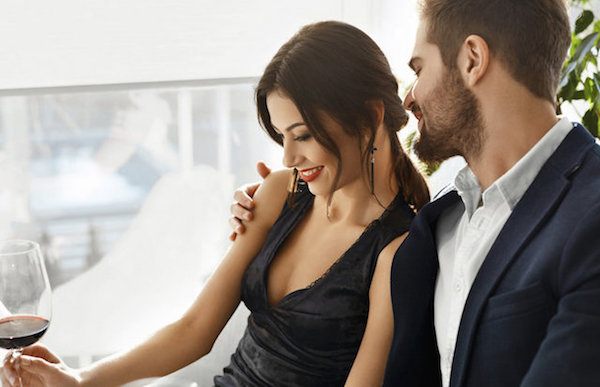 When someone tells you that they just got out of a relationship, you can take it a couple of different ways. Having said that, there’s really only one healthy approach that I’d recommend. DON’T DATE THEM. No one, and I mean NO ONE is ready to date someone with pure intentions right after getting out of another situation that didn’t work out. Time and healing is essential in order to get back up on your feet, to feel rejuvenated enough to be able to give someone a blank, clean slate, and to fall in love.

Breakups take time to get over and heal. Don’t get me wrong here. I’m not talking about dating someone after you’ve gone out on a couple of dates or even explored a very short, one week or so relationship. Not much healing is usually required for a situation that was short and ended abruptly as such. But when you or someone else has spent a certain amount of time putting love, effort, and time into getting to know someone and developing feelings for them, it’s going to take some time to recover from it. And until you or they do recover from it, you or they shouldn’t be dating.

If you find that you’re interested in someone who’s recently getting over a breakup—meaning that they just got out of a relationship—then you shouldn’t even desire to get too close to them. You can’t expect that their heart will be open to loving you, and definitely not on a deeper level. Everyone deserves to feel loved and adored, and if you date someone too soon after they just get out of a relationship—Especially, a long-term relationship—then there’s a 99.9999% chance that they’re not going to fall for you on any level, let alone a deeper one.

A lot of times, people will feel that the only way for them to get over and recover from a past relationship is to quickly put themselves out on the market to date or yes, I’m gonna say it, to hook up. BAD DECISION. Not just because I don’t promote meaningless sex, but moreso because you’re heart will never be open to love if you date too soon. What’s the rush! Everything important in life should be done with love, care, dedication, and patience. Be patient, and love yourself enough to give yourself the time that you need to heal.

Mariah Carey said it best, “Love Takes Time,” and if you or someone else that recently got out of a relationship wants to rush, rush, rush, in order to get over their past hurt and heartache, then whatever situation that you or they will find themselves getting into not only won’t thrive, but likely won’t last very long. During the time after a breakup, you should do things that will distract you from thinking about your ex and the relationship that you’d experienced with them. This is a time to love yourself, to be social, to concentrate on your other priorities a bit more, and yes, even to spoil yourself a little bit. But folks, listen when I tell you this, getting back on the saddle again before you’re ready is not the best method for getting over an ex.

Now, here’s something eminently common that tends to happen in the dating scene, and much more often than one might think if I may say so myself. People will tell you that they want to date you when they’ve recently gotten out of a relationship. And they’ll say that they’re ready, and that not only is there zero chance that they’ll ever go back to their ex, but that they either never really loved them, that they were crazy, or that they have no feelings for them anymore.

And then the hook up siren goes off blaring…

Hmm… Are you thinking what I’m thinking? Has anyone else ever experienced someone saying any of those things when they’re hoping to date you? Well, I have. And many times, they were people that were married, saying that they were separated, and they always ended up not being emotionally available. As well, no one should badmouth their ex, because it only makes them look bad, and besides, there are two sides to every story.

And as far as people telling you that they’re ready when they’re not, only to “get what they want,” I’m going to be harsh and tell you that it’s a sin—because it is. No one should manipulate, trick, deceive, or lie to someone by telling them that they’re ready to love you and be in a relationship with you, when they’re not, and when they’re perhaps still getting over their ex. Now that’s messed up! I’ve seen this happen way too many times, and it’s truly unfortunate how this selfish act of wanting quick, immediate, and instant gratification happens, and not caring who one will hurt along the way, as long as someone gets what they want.

I’m not trying to say that everyone will have bad or impure intentions and ulterior motives when it comes to dating you or even that the occasional person won’t be emotionally available and ready to date you after a breakup. But what I am telling you, is that the chances are slim to none that someone will take you or a relationship with you seriously, and for an extended period of time. The chances are, that they want what they want when they want it, and usually that’s a fling or a hookup. And therefore, we’re back at square one, don’t date anyone who recently just got out of a relationship. 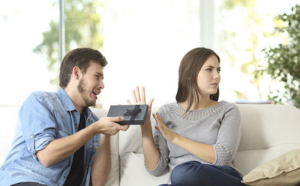 How To Turn A Guy Down
No one enjoys being rejected.