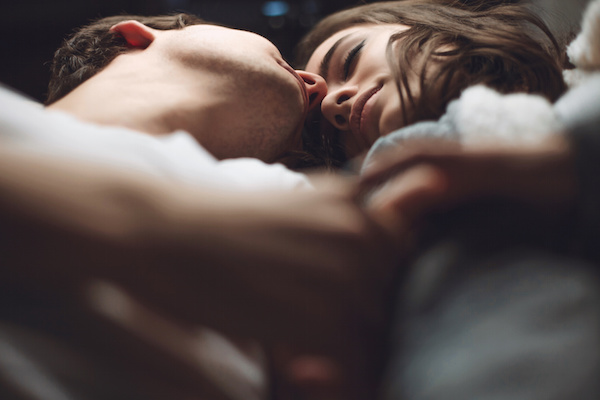 It was a very big day for me. I felt even more ecstatic than when Mom would be nice to my friends and invite them over for dinner—especially being that she hated each and every one of them. I was in pure heaven, my frisbee was flying high, and nothing, and I mean nothing could take away from this feeling. I was in love. Me, Alana—I was actually in love. But there was one catch…

Let me bring you up-to-date.

It all started a couple of days after my worst relationship ever. If you only knew—I suppose first, I should start out by saying that it wasn’t by any means, a stable relationship, but more so, a very one-sided, abusive, and unstable one. And I was basically “attached” to the wrong guy for way too long. He would break up with me for strange reasons that, to this day, don’t really make sense. And he would do so on a regular, and weekly basis. I spent so much time recovering from each one of our break ups that perhaps, I lost sense of who I was, or why I was even with him in the first place.

His name was Kester. He was initially so sweet, and everything that I thought I had wanted and for so many years—only he wasn’t the kind, decent, loving, giving, righteous, or humble person that he made himself out to be in the beginning. He was actually quite the opposite of what I had thought.

Kester was a very cruel, insensitive, and selfish person. He referred to himself as an alpha-male. I must have been the biggest fool for having stayed with him for as long as I did. Kester was a fool, but I think that I was more so the bigger fool for staying with him and wasting my time for so many years. I showed him all of my best and worst qualities, and I stayed authentic and real. Perfect? No, never. Not me. I never thought that I was perfect, but I wanted him to think so, or at least to feel happier when he was with me, than without me. I foolishly thought he was “the one.” I thought that I alone could make it work, despite the push and pull, and despite the hardship and turbulence.

Well, apparently I was wrong.

I would never have believed that someone could act so badly, if I didn’t see it with my own eyes. Kester bullied me, he cheated on me, and once he even took me by surprise with a backhand slap across my face while he was driving. I’d never felt as I did that day. And I never knew that I had that much blood running throughout my body that, even in my face—so much could pour out. But it did. I didn’t even know where the blood was pouring out from exactly. But what I did know was that it was beyond time for me to get out, and end that destructive relationship before it killed me.

Perhaps it was my own fault—don’t get me wrong… It wasn’t my fault for getting slapped, punched, or whatever you’d call what he did to me. But it was my fault for letting things get that far between us and ignoring all of the warning signs of his bad temper. I mean, why did I stick around after he’d throw me around the room in such a way that I’d be left with rug burns all over my body and handfuls of my pretty hair wrapped like jewelry around his knuckles from yanking it so hard while throwing me to the carpet. I honestly have no idea why. All I can think is that I felt vulnerable at the time, and perhaps I believed that I was in fact, not worthy of being treated better. I just wanted so much for him to see that I could be perfect for him, not make him upset, and that I was worthy of his love. But the problem was that, I didn’t few worthy of anyone’s love—not even my own apparently. Otherwise, why would I have stayed, right?

It was bad enough that he would let me work full time in his office, while never even once offering to pay me or help me in any way. I mean, after all, he knew that I was struggling and in financial turmoil. And I even stuck around to help him full-time when he fired a woman for stealing. As if it wasn’t bad enough that I helped him look after his home whenever I wasn’t needed at his work, I’d tend to his cleaning, dusting, and scrubbing down his bathrooms until he would stop yelling at me saying, what a bad homemaker I would be, if and when… I’d fold his crisp, clean white T-shirts that he’d wear, in the tidiest, and most pristine piles, and I did it with love—Well, and a side of fear. He would throw those stupid white T-shirts at me when he was angry—I suppose I asked too many questions. And nothing was worse—well except for getting slapped—than when he sent me off to pick up food for Valentine’s Day, and not even offering to pay me back. How romantic of him. He was a real charmer. A real keeper. Asshole.

Would you believe it if I said that he was the one that eventually left? No? I didn’t think so. He wanted me back more than anything. I disappeared from Kester’s life. I never looked back, other than to look at what I went through as a learning experience. He wanted to marry me more than anything. He groveled and begged, but I knew that he didn’t deserve me, and I knew more so, the more that I distanced myself from him, and remembered how wonderful I used to be, before I had ever met him. He even showed remorse which was shocking in a big way, well you know, with his narcissism, and alpha male type of behaviour and all.

Never did I once consider Kester marriage material. In my eyes, he was nothing. And although he’s out of my life and I rarely see him, his family, or any of our friends in common, I’m still cordial for some reason, and I give him my kind but firm face whenever I’m unfortunate enough to cross his path (unintentionally of course), which usually tends to be my you-fuck-with-me-this-is-how-you-get-treated face. But still, I was cordial with him, I mean, other than blocking him throughout social media, my phone, and both of my emails. If anything, I’d prefer to live on a farm, rather than to hear about how he’s doing. Although, I recently heard that he impregnated a girl and ran to the altar with her briskly. Knowing his reputation, which exceeded my experience with him, I highly doubt that he got married out of love—Not that I care. I mean, I just hope that he doesn’t hurt the girl.

I suppose that my rant could go on for over a few years, just like that torturous relationship, but then I wouldn’t get a chance to tell you how I met Ricky. And unlike what’s-his-name—Kester, Ricky is worth talking about.

I had never really experienced or even envisioned that I could meet someone that made me want to become a better person—Well, at least not unless that person was myself. I was always big on self-improvement, but Ricky had a way of making me speed up the process, and strive towards becoming so much more than I thought was even possible, and especially after experiencing such a horrendous relationship with what’s-his-name. 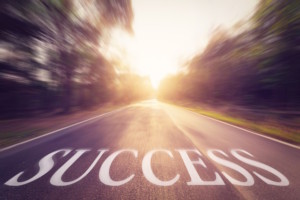 Go After Your Dreams
Never give up on your goals.