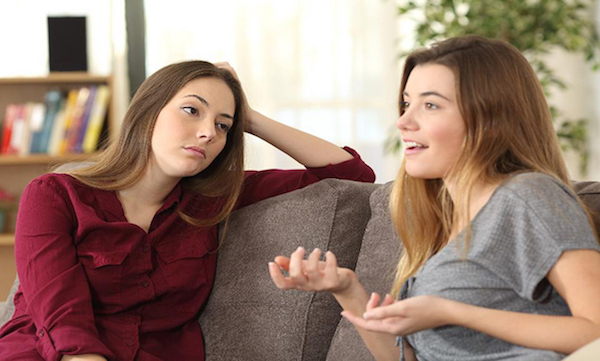 No one likes a breakup, romantic or otherwise. When I was young, I thought that the only type of breakup that existed was romantic, but now I know that friendship breakups are real, infinitely more common (at least in my experience), and often times more painful than romantic breakups. Every time someone in my social circle has a friendship breakup, I break out the ice cream, chocolate, and non-alcoholic beverages (we are, for the most part, underage after all). We sit, we watch movies, we cry, we try to console and mourn with those who mourn.

While they certainly aren’t enjoyable, I believe friendship breakups are an important part of life. They are a necessity, especially as you move on to different stages in your life or in times when your friends make poor decisions that will negatively affect you if you stay and seemingly (at least to them) enable their bad behavior.

As someone who has been through a lot of friendship endings, I can say you usually end up on the other side of it with a deeper understanding of the person and their perspective on life, and some bitterness. It’s okay to be bitter for a while, but I don’t recommend hanging onto it. Learn the lessons you can from the situation, forgive and forget.

Maybe you have someone in your life who you feel like you might need to “break up” with, and that is okay! Here are some things you should consider when you are thinking about cutting a friend loose who is holding you back.

1. Bridges don’t have to be burned

I know this might sound contrary, especially in talking about breakups, but sometimes you just need a break from a person, not a full-blown goodbye forever. As you move through the seasons of life, you might find yourself getting back together with friends you may have ghosted or said goodbye to. You never know how life might turn out, so if it is possible, try not to burn bridges unnecessarily. It can leave a bad taste in everyone’s mouth, and potentially make you miss out on opportunities with other people connected to the friend later on in life.

I had a friend recently who went through a romantic breakup. Technically speaking, she was ghosted and her boyfriend posted passive aggressive memes on Facebook about finding his true love after never officially breaking things off with her. Instead of getting angry and posting something equally childish and disrespectful, she allowed herself to be sad, sought out counsel with a few other people, and then addressed the situation directly with him.

She left no room for anything bad to be said about her behavior after things ended between the two of them and acted as the bigger person by speaking to him directly and being clear that things were over instead of allowing him to ghost her. As they say, “What you allow will continue” and she was not going to allow someone to ghost her.

I commend her, and I’m not sure I would’ve had the patience and wisdom to act as she did. Although that breakup was a romantic breakup, I think it can be applied to friend breakups as well. It is best to conduct yourself in a manner where, after things are over, even if rumors fly, people will know you acted respectably and with good character. Don’t go into it ready to be “right” or to fight or to call someone names. Go into the situation with vulnerability, honesty, and self-respect. That way, when you look back on the situation, you can know you did everything in your power to end things on a good note.

If you are anything like me, your feelings towards people might change day to day. One day, you might really enjoy being around a person, while another day (maybe during a certain time of the month), they might drive you up a wall. All that is to say, don’t end a friendship over a fleeting feeling. Take time to think about and evaluate what exactly it is that is causing you to feel the friendship needs to end.

Does the friend have a history of being toxic? Have they lost other friends for this same reason? Is it possible they are an abusive narcissistic who is excellent at gaslighting situations and twisting the facts? Do you leave your interaction with them feeling drained more than recharged? Are you scared to be honest with them? Do you see them in your life in a few years? Are you only friends with them because you are scared of the consequences if you were to end things? Do they make disparaging comments about other people that you think they might say about you when you are gone?

These questions are just a sampling of the things I ask myself when I meet and get to know people, and then a few months later I revisit them so I don’t end up with a cancerous person in my inner circle. As Jim Rohn says, “we are the average of the five people we spend the most time with.” I do not want to become the average of someone who is not a good fit for the person I want to be, so my inner circle is guarded closely. I trust my gut and am increasingly likely to cut people out if I see things that worry me.

So, if you are thinking about breaking up with a friend, here is my advice: Try not to burn a bridge unnecessarily, act respectfully, and evaluate the relationship over a period of time, rather than the span of a few days of bad feelings. 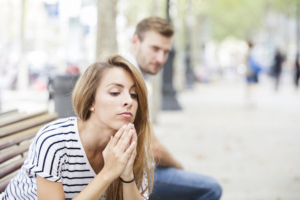 Lying to Ourselves, Pretending Everything Is Okay
You might be able to fool others, but you can…