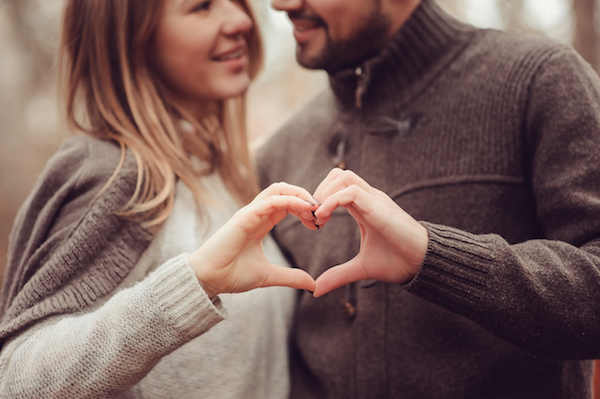 Many times, when couples get into a relationship, after awhile, they get a chance to meet each other’s friends. After meeting one another’s friends, things can go two different ways, they either like them or they don’t. It’s pretty simple really, and there’s really no beating around the bush when it comes to whether or not you like someone’s friends. Which leads me to the main point of why I wrote this article. Sometimes we simply can’t deal with our partner having certain types of friendships.

They say that we are who our friends are to some extent, and that we’re attracted to them, because they’re like us, in different ways. Now whether or not that’s true, I’m sure that there’s some level of truth to it. Even if we’re not exactly like our friends, or do everything like they would, I’m sure that there are a lot of similarities or things that we’re drawn to in them. And that’s why those friendships are so appealing to us. Having said that, are we really just supposed to end our friendships because our partner doesn’t like them?

Some of our friends we’ve had throughout our lives, and most people won’t be O.K. with just ending their friendship, that has meant so much to them, just for the sake of their partner. The truth is, you don’t really have to end a friendship abruptly or anything of the sort, just to appease your partner. However, your partner might be right, and the friendship you might have with someone might actually be toxic, so try to listen to their logic when they explain why they think that the person is bad for you to be around.

Sometimes, people are just overly jealous and possessive of their partners, to the point where they don’t want them to have a social life at all, let alone, a particularly close friendship, and that’s definitely wrong. And many times, they’ll have good intentions of protecting their partner, but they’ll come across as controlling, and their partner might not only hate feeling controlled, but it might even backfire, and they’ll end up resenting you for it. If that’s the case, then just enjoy your friendship, and possibly rethink your relationship altogether. No one should make you feel that you don’t have a choice, or that they only conditionally love you. It’s imperative to be considerate of our partner’s feelings, and to want what ultimately makes them happy.

But in cases where a person is somewhat toxic or the type of person that your partner feels is going to drag you down because they’re a bad influence on you, you should consider creating some distance from that friend and setting some boundaries. Even if you have a very resilient and strong personality, you should still consider setting some boundaries in your friendship, but not necessarily ending it. You don’t have to end a friendship when either you don’t want to or aren’t ready to. You should understand how important your relationship is to you, and treat it as a priority, because many times, friends come and go, and the goal of a partner in life is for always, and forever.

When someone really loves you, they’re not going to want to hurt you by taking away anything that’s important to you in your life, including your friendships. And therefore, sometimes, you will have to make the change in regards to your friendships, using your own logic, as to how toxic and negative one, or some of your friendships are. You should create some distance with any friends that might or could potentially cause friction or turbulence in your relationship. Be selfless and giving to your partner, and care enough about creating happiness in your relationship, by removing all negative, toxic people, and bad influences from your lives, and at least, to create some distance from them.

If a friend isn’t good for you or does things that make them seem as if they’re a bad influence, then you should pay mind to rethink just how close you get to that friend, and create some distance from them. And another thing that might help if you’re going to keep that friend along for the ride throughout your journey, is to remember not to share any private details of your romantic life with that person, because they’ll likely give you bad advice or lead you down the wrong path. A word of advice to all those that have toxic friends that they choose not to let go of, is not to share anything too deep or private with them, because they’ll more than likely lead you astray.

Another thing that tends to happen is that sometimes our friendships tend to negatively affect our relationships, and our private life. They do so, because at times, we have to listen to the issues and problems that our friends have or are going through. And whether they’re going through a divorce or a hard time in their own personal lives, it affects us because of how much we truly care for them. Sometimes, listening to our friends struggle and go through their own turbulent lives, it makes us re-think our own decisions, and even question our own partner or relationship to a certain degree. As well, many times we bring in negative energy from listening to those toxic and negative emotions that our friends unintentionally give us. This is just another reason why it’s best to create some distance from friends that are going through a hard time.

Don’t get me wrong though, because you should never abandon a great friend, and definitely not when they’re going through a hard time in life. I mean after all, what kind of friend would you be then! However, if that friendship is one where the other person is somewhat toxic or a bad influence on you, and they tend to make bad decisions in life, where they end up dealing with their own consequences, and suffering because of it, that’s the moment that you need to recognize that maybe they’re not such a great friend after all, and you need to create some distance. Having said that, when it’s a good friend, who makes good decisions in life, but like any of us, falls and goes through disappointment and challenging times, then you and your partner “as a couple,” should be there as a backbone, and as a good support system to that friend.