Benzodiazepines are psychoactive drugs which are used to treat a variety of issues, from insomnia, through anxiety attacks, to full-on seizures. Xanax is perhaps the most widely known representative of this medicine group, and part of its fame is, sadly, due to the fact that it can be, and is being, easily abused as a recreational drug, especially in combination with alcohol or opiates (painkiller medication).

If you or someone you know has recently been prescribed Xanax as legal therapy, and you are worried about the possibility of inadvertently becoming addicted, or if you suspect that someone in your environment may be abusing benzodiazepine medication, here are some signals you can look out for. If you notice any of them, especially in combinations, don’t hesitate to reach out to professional support.

What are benzodiazepines used for and what are the risks? To put it into the simplest words, Xanax and its “cousin meds” are sedatives. They are perfectly legal, albeit highly controlled, drugs which are commonly used to treat conditions such as panic attacks and severe anxiety, as well as extreme insomnia, nervous tension, withdrawal symptoms stemming from abuse of depressants (e.g. alcohol), and a whole host of other mental issues.

If you would like to learn more about this class of medication, make sure to visit this web page for a clear and concise starting point.

However, they are not meant to be used over a longer period of time, because they form very strong habits very quickly, in other words, they are highly addictive. Taking them in large doses or mixed with other substances (most notably, opioid medications, other drugs, or alcohol) is extremely dangerous: there is a high possibility of vehicle accidents, machinery-related injuries, respiratory arrest, coma, and eventual death.

In particular, a large dose of Xanax results in extremely long periods of sedation (up to several days), which can be outright life-threatening if the person is located in any kind of dangerous environment.

If used over a prolonged period of time, especially if the dosage is larger than prescribed, benzodiazepines may leave a person with permanent adverse side effects. These include depression, impulsive behavior, heightened aggression levels, impairment of one’s cognitive abilities (e.g. memory, speech, logical thinking), delirious episodes, a drastically increased risk of dementia, and even full-on psychosis.

What are the physical symptoms of abusing benzodiazepines?

As with any mind-altering substance, abuse of benzodiazepines leaves noticeable and recognizable traces in both the addicted person’s behavior and their physical appearance and condition.

Some of the telltale physical signs of benzodiazepine abuse that you can keep an eye out for are extreme tiredness and constant lack of energy, overall muscle weakness, drowsiness, fatigue, problems with coordination (e.g. frequently dropping items or bumping into furniture or people, being unable to orient themselves in space). Also look for signs of light-headedness, dizziness spells, vertigo, sleeping for unusually long periods of time or having oddly long “naps” during the day.

A person abusing benzodiazepines could be having seizures, showing sluggishness in their movement and speech, slurring words as if they were drunk (even though they are obviously not), feeling nauseous (which may or may not be accompanied by vomiting), having a dry mouth and chapped lips, and frequently having headaches.

What are the behavioral signs of benzodiazepine abuse?

Aside from the lethargy caused by the inordinate tiredness which we mentioned above, a person who became addicted to Xanax or other benzodiazepine substances will typically display some recognizable changes in their everyday behavior and activities.

They may begin to display atypically aggressive and irrational behavior, acting on the spur of the moment with a sort of reckless abandon. They may experience delirious episodes which make them highly confrontational.

Conversely, they may suddenly lack any motivation to engage in their usual hobbies, and become entirely disinterested in interacting with their close friends and family members. This lack of interest often extends into normal daily activities as well, like tending to the family pet or going for their usual evening walk.

A person abusing benzodiazepines will typically come across as extremely apathetic, which may be a sign that their addiction had resulted in depression. 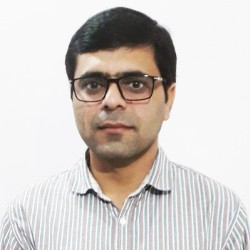 Anees Saddiq
I am fully ambitious and highly dedicated to digital marketing, in particular content creation, link building, and content marketing. With an ample of experience (around 6 years) helps businesses’ online presence to be more visible in search results as well as among the related audience. Join me on Twitter @built4kill2004 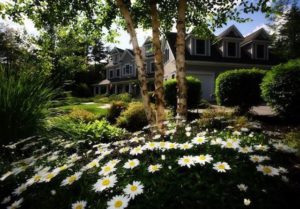