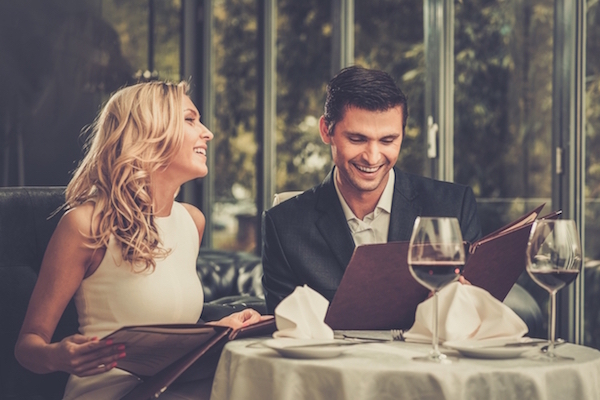 What a lot of people tend to do nowadays, which I don’t agree with, is go out with people on dates, just so that they’re going out, even if they’re not very interested in them. I truly believe that it’s an unfortunate part of the dating scene, and I hope at some point, people will stop pointless dating in such a manner. When people go on dates, they’re generally putting their hearts out there on the line, hoping to find something in someone that can lead to a long-term relationship, and eventually marriage. Whether a person’s reason for going on pointless dates is to get a free meal or simply not wanting to stay home on a Saturday night, etc., no good can come from going on pointless dates.

I’ve always said, that I’d rather be alone, than with the wrong person. If you don’t have a date or any promising new dates lined up, it doesn’t mean that you won’t get any in the near future. You’ll get dates if you have faith, be patient, and go after what you want when you see it. If you’re emotionally ready to date, then you should be out in the scene dating. There’s nothing wrong with taking a day or two to yourself, but don’t make a habit of spending too much time alone, or you won’t meet anyone, let alone, your true love.

The dating scene can be a tough one. Many singles these days go out night after night, hoping to find that one special person that will bring more meaning into their life. Whether these singles are going out with friends, family, to social events, or whatever, they’re trying to meet people in any way that they can. In other words, they’re open to meeting someone, and they definitely aren’t staying home like hermit crabs, but they’re putting themselves out there. Having said that, there comes a point when going out night after night gets old and tiring.

Sometimes people enjoy just kicking back and relaxing at home, even on a Saturday night. There’s nothing wrong with staying home and taking it easy once in awhile. The problem with some singles is that they do the opposite of the above scenario, and they stay home most of the time, and rarely go out trying to meet someone. These days, many people meet through online dating sites and scroll up and down, swipe right and left, going through profile after profile, hoping that someone will stand out in the bunch. At some point, even scrolling through profiles gets tiring, and people need a break from that too.

There are moments when people just want to break away from the dating scene altogether, becoming deflated from endless bad first dates. As long as that feeling is a temporary feeling, and lasts no more than about 24 hours, there’s nothing wrong with putting the entire dating scene aside, and enjoying some alone time. If anything, I think it’s a really great idea to let yourself recoup from all of those bad dates. I think it’s important to them out into the air, take a bubble bath, pour yourself a little glass of Cabernet, and watch Seinfeld or some old Louis CK reruns.

I truly believe that giving yourself some alone time is an essential part of dealing with the dating scene. Besides the fact that you might enjoy your time by yourself, I think of it as a way to reflect on all of the bad dates that you might’ve had, boost your confidence up, and put yourself out there again when you’re ready. By ready, I mean within 24 to 48 hours, and not much more time than that, otherwise, you’re becoming a hermit crab and staying in too much. By staying in too much, you’re not going to meet anyone, even if you’re searching and endless browsing online.

Sometimes people consider going out with someone that they’re having some doubts about. Despite their doubts with the person, they still go on the date and hope for the best. The problem with doing that is that you had doubts going into the date, and you didn’t listen to your gut instinct. Your instinct told you not to go out on this date, but you went anyway. Whatever your reason was for going on the date, next time you shouldn’t go. You shouldn’t have doubts about a person before going on a first date.

Before a first date, you should feel optimistic, hopeful, and excited to meet the person. As well, before a first date, I’ve already stressed the importance of having that first phone call, so don’t forget to do that beforehand. However, after that first phone call, you should have all of those positive feelings going forward into the first date. There’s no need to go out with anyone, if it’s merely just to go out. Trust me when I say that it’s better to be alone, than with the wrong person.

No good can come from going out with friends or especially, out on a date, when you’re really not all that into the person or excited about going out with them. Having said that, be patient, search again, and again until you find someone that gives you that exciting feeling, and you will find them, and only then, should you go out on a first date. Don’t waste your time or anyone else’s time going out if your heart isn’t really in it or if you see red flags or have any doubts early on. Remember, there’s no point in going on a date with someone unless you see that there’s genuine potential.

One thought on “Pointless Dates: I’d Rather Be Alone, than with the Wrong Person” 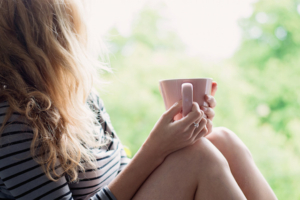 The Moment That You Realize You Have Issues
The difficulty of stepping out of denial.