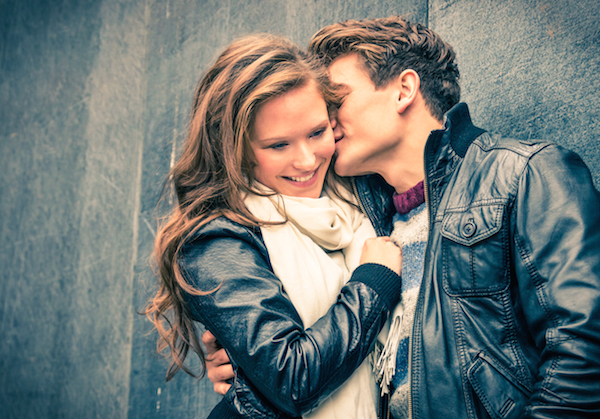 There’s nothing like getting that feeling of hope and butterflies when you meet someone new. Especially, when you’ve been single and on the market for a while. You might have even forgotten what that feeling feels like, until you meet this one special person. You might feel a little nervous and excited, as if there are butterflies fluttering all throughout your body. I must say, it’s quite a good feeling. When you have that feeling, you want it to last as long as possible (see “The Honeymoon”). The type of excitement that you experience during the honeymoon phase can be so good that it can affect you in many ways, whether in work, or in your daily energy level.

The problem with getting overly excited from meeting someone new is that you’ll get such high hopes for it to work out, and if it doesn’t, it can be dreadfully draining on your soul. Especially, when you go into it with an open heart. Having said that, you should embrace that feeling of excitement when you meet someone new, but go into it cautiously, and be aware that it’s new, and everything is exciting when things are new. When going into a new situation, it’s important to be aware of a few things. I wrote a list of the things that you should be aware of so you don’t get overly excited, and so that you’ll remain cautious enough that you don’t get too hurt, if it doesn’t work out. However, I can’t stress enough the importance of going into every new situation with an open heart and an optimistic approach.

Don’t sweep red flags under the carpet. Despite how exciting a new situation can be, it’s important to acknowledge the things that you’re well aware, won’t work for you now or in your future. Don’t get caught up in the fun and excitement so much that you’ll let yourself sweep “big deals” under the rug. Remember, short term light and long term darkness isn’t worth much. If you know that something is a red flag for you, don’t stick around and let yourself or the other person develop deeper feelings for you.

2. Get to know the person on a deeper level.

You don’t really know a person until you’ve had extensive conversations with them, as well as until you’ve spent enough quality time with them. Until you know someone on a deeper level, keep in mind that the excitement that you’ll be feeling will partially be based on attraction, chemistry, and the mere excitement of being in a new and promising relationship.

3. Make sure that there’s no lying going on.

You’ll never know how honest a person is, until you take the time to get to know them. I believe in going into every situation with an open heart, and a very trusting one I might add. I don’t believe people should go into new situations with baggage from their previous relationships, where you might’ve experienced distrust or lack of honesty. At the same time, it’s important to be just cautious enough that you don’t put your heart on the line and get hurt, by being too naive or gullible. Trust is a big deal in a relationship, and you should go into a new situation with a very trusting mindset, but understand that not everyone may be as honest as you are, so it’s important to be cautious of that.

4. Make sure that it’s not just physical attraction.

5. Make sure that you’re both on the same page.

Make sure that you’re on the same page with the other person. Being on the same page is important in all dating situations. It’s important to know that you ultimately want the same things and have the same goal as far as a relationship or marriage is concerned. As well, It’s always good to get an idea if the other person feels the same way about you, so that you’re not falling for someone that isn’t falling for you.

It’s important to make sure that the other person’s heart is open and that they’re not recently out of a relationship. People that are recently out of relationships need time to heal from them, might still have feelings for that person, and there might even be a chance that they’ll go back to them. The last thing that you want to be is a rebound person. It’s the worst thing to date someone that’s emotionally unavailable, and you should be sure that the person that you’re getting all excited about isn’t recently out of any situation that would make that an issue.

7. Make sure that you’re together for the right reasons.

It’s important to give things a real shot when you see the possibility of a future. Having said that, it’s also imperative that you make sure that you’re not settling for less than what you want, and you’re not just wanting so badly not to be alone anymore. When a person has been single for awhile, sometimes they simply don’t want to be alone anymore. When that’s the case, with any possible love interest or as soon as the possibility of a new relationship comes along, and they’re ready to go all in, and quickly, without looking back (without truly getting to know the other person). It’s important that you make sure that you’re not getting swept away for the mere sake of not being alone anymore.

8. Make sure that they’re not asking for any unusually large favours.

Be cautious that your partner isn’t asking you to do any unusually large favours for you too early on. Especially, before you’re close enough for it not to be awkward to ask favours from each other. Asking favours too early on could be a red flag that someone is trying to use or take advantage of you. As well as favours, when intimacy is the only thing on someone’s mind (before being exclusive), it could be a red flag for similar reasons. 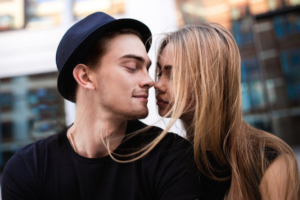 The Power of Having a Blank, Clean Slate
New beginnings deserve a clean slate.