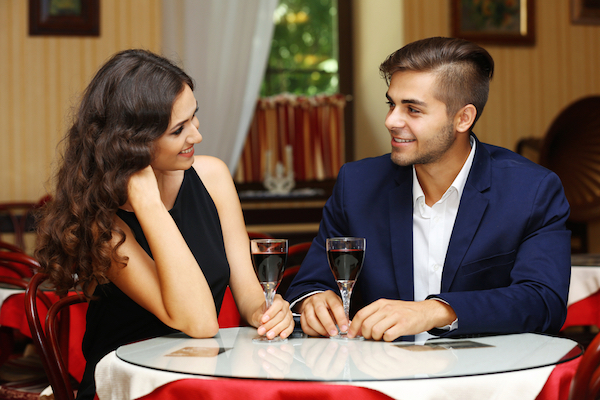 When it comes to meeting the right person, it takes knowing what you want, and going after it. Knowing what you want doesn’t mean that you should be too picky or turn away people when you don’t see perfection. As we all know, perfect doesn’t exist, and it doesn’t mean that you have to settle. You should never feel like you have to settle when it comes to finding the love of your life. However, you should be open-minded, and give things a shot when you see that a situation is promising, and that a person has many of the things that you’re looking for in a partner. Having said that, I decided to create a list of dating tips that everyone should follow.

1. Smelling Good Is a Must

You need to smell good for you, your date, and for all others around you. You need to shower or bathe, have clean hair, clean teeth, good breath, and dress in attire that looks tidy and pristine. You should care how you present yourself, and definitely put some effort into the way that you smell. Make sure that you don’t have bad breath or body odor, because if it’s bad, your first date will likely be your last.

Although I am a mother, when I write to “watch your manners,” I feel like a mom even more. If you’re a man, then you should act like a gentleman by opening doors for your lady, letting her order first, and if by some chance your food arrives and hers doesn’t, the polite thing to do would be to wait for her food to come as well. I also believe that men should initiate things during early dating. This doesn’t mean that a man should be the only one giving and putting effort into things, even during the early dating period.

As far as women, you should be gracious, kind, and appreciative of your man (your date) putting any effort into the things that he does, including acting as a gentleman. Although many men seem to pay the bill, you shouldn’t expect that every man will do so, and you should definitely not go without saying thank you. Women should also try to avoid ordering the most expensive thing on the menu during early dating as a courtesy to the man, being that they don’t know how comfortable he is financially yet. Unless of course, a woman is choosing to split or pay the bill.

Whether or not you’re the type that likes to dress in a suit and tie, a lovely dress, or in jeans and a t-shirt, when you go on a date, you should care about how you present yourself. First impressions matter, so you should put a little effort into how you appear. You should dress in a way that you’ll feel comfortable, yet still chic. Just remember to keep it classy. If you’re a lady, then you should act like one, and dress accordingly. If women dress too sexy or show too much skin early on, then they’re simply asking for trouble, and for a man to think of them more so as an easy girl, as opposed to marriage material.

4. Be Kind to Workers

You should be kind and courteous to waiters, and other workers. When someone is a hired worker or an employee, and they have to serve you in some way, whether they’re the valet, a busboy, or a waiter, etc., then you should be appreciative of what they do, instead of treating them poorly or as if they’re less than. They’re far from less than, and deserve to be treated with great respect and appreciation. If you or your date doesn’t treat them in a kind manner, it usually won’t go unnoticed. This is a big red flag for many people.

5. Don’t Gossip or Bring up Your Ex

Don’t talk about your ex, and definitely don’t bad mouth anyone else from your past, from your present, or even anyone that you see while you’re on your date. Talking bad about other people just makes you look bad. When people gossip, or tell secrets that were meant to be kept private, it shows a great deal about what kind of person someone is. If they share other people’s secrets with you, then they’ll likely share yours with others.

Don’t pry or ask anything that’s too private too early on. Let a certain amount of comfort develop with your date when it comes to asking any questions that might be too personal. You can always ask a question if you truly need to know early on, but make sure that if it’s a bit too personal that you apologize if you’re prying, and do so first, and before asking.

Be true to who you are, be comfortable, and be confident without trying to impress too hard. Making a good first impression is important, but so is being yourself. It’s important to keep things real while dating or in a relationship. The last thing that you want is someone to fall in love with some version of you that’s not who you really are. You’ll only be able to keep that act up for so long anyway.

It’s important that you don’t share your whole life story on a first date, or even during early dating for that matter. Let people get to know who you are now, and who you’ve become, despite what you might have gone through in your past. The past is over, completed, dead, and gone. It’s time to live for today and tomorrow. It’s important to keep things light during early dating, and to see if you have any potential at having another date, and eventually building a foundation for what could be an amazing relationship, or even marriage.

9. Be a Good Conversationalist

Part of being a good conversationalist is not only talking and coming up with things to say, but asking questions, and listening to their responses as well. Half of having great communication is being a good listener as well. It’s important that you not only communicate your thoughts and feelings, but that you truly have an interest to hear the other person’s thoughts and feelings as well. The types of questions that you ask during early dating should be things that will let you know if you should have a second date. Make sure that your morals and values are aligned, and that you ultimately want the same things in the future.

10. Control Your Issues, Hangups, ADHD, and OCD Like Qualities

Many times, people view imperfections as sexy and appealing. During a first date or even during early dating, doing things like biting your nails, being overly picky, complaining, or even displaying any type of bodily function that should be done in the bathroom during early dating is a big no no. It’s considered rude and bad manners, despite the fact that many of us do certain things in the privacy of our own homes. We should maintain ourselves in a way in which we show how much we care about how our date views us. If you’re the type that feels as if someone will love you for you, and despite whether or not you have good manners, you’re not only wrong, but if your date has any sense, they won’t go out with you again or they’ll at least call you out on your sh**.

11. Put Your Phones Away

Unless you’re a doctor that’s on call, have kids at home with a sitter, or even if you have close family in the hospital, you should turn your phone on vibrate and put it away. It’s important to pay attention to your date, and not treat them poorly or as if you don’t care about their time. Even if you find yourself in a position where you know that there likely won’t be a second date or another date for that matter, it’s important to be respectful, and to act decent enough not to play with your phone while on the date.

Last, but definitely not the least important of these 12 tips is being honest. It’s imperative to be honest to your date about who you are, and your intentions. There are no versions to the truth, and keeping people in the dark about must know information is wrong. If you know early on that a person likely won’t be interested in dating you any further if they know certain things about you, then it’s important to speak up and let them know sooner, rather than later. Being honest is one of the most important qualities that will make dating, relationships, and marriage healthier, and happier. 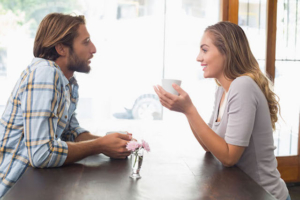 Why You Should Evaluate Your Childhood, For The Sake Of Your Marriage
Four great pieces of advice for those who want to…