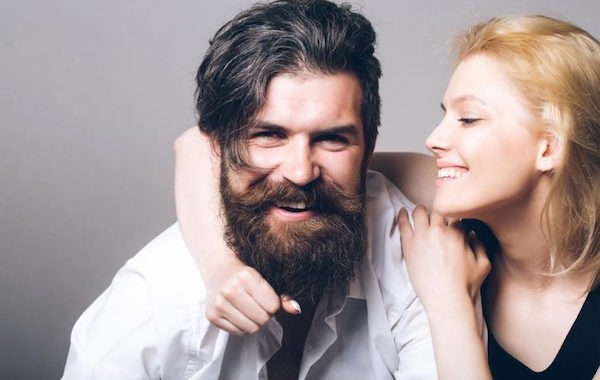 Let me preface this by saying that I love beards. Not all beards, but those sexy looking beards that unfortunately not every guy can pull off, but those that most wish that they could pull off. Not literally pull off! Ok, so we’ve established that I like beards. And yes, definitely a big fan of the 5 o’clock shadow as well! However, I can’t speak for every girl or woman when it comes to whether or not they find beards to be appealing. But I know many women who love a man who can pull off a sexy and rugged beard, especially when a man wears one with confidence, and even more, when he knows how to take care of it.

Now that we’ve established that many women find beards to be sexy on men, I wanted to talk about one thing that many women don’t like about beards. When a man’s beard isn’t well groomed and feels too rough against her delicate, soft skin, it can cause her a rash, peeling skin, or even atopic dermatitis. And any girl who’s been in love before or lusted to the point where she kisses her man with all of her might will know, that when you kiss a man who has a beard that isn’t kept, or is too rough against her skin, she’ll pay for it later and be left with a red chin, aka beard burn.

What a man might not tell you, is that he might be struggling with his rough beard himself and wanting to shave it, despite the fact that you and him may truly love how he looks with a beard. So for all of the men out there who love sporting that rugged, sexy look by having a beard, and for all of those same men who want their partner to love their rugged style as well, but not pay for it with a red face later, it’s important to be well groomed and to take care of your beard.

There are many different ways that a man can take care of his beard by grooming well, whether he’s looking for that rugged look or whether he’s going for a more pristine and clean-cut appearance. Either way, there are many different options out there on the market that can help minimize discomfort to men and women. There are organic, natural beard balms and other products by Lovely Beards. This company is truly awesome for things like beard burn or just for helping men stay well groomed with facial hair. They even have an unscented beard balm for those who are sensitive to smell. Their products can not only enhance or change up a man’s preference as to how he wears his beard, but they can also be very soothing to his skin, as well as his partner’s skin, because they contain ingredients like Coconut Oil, Aloe Vera Gel, Shea Butter, and Vitamin E, to name a few.

Some things that a woman can do to prevent that uncomfortable beard burn are using a little Vaseline, to avoid exfoliating (your man’s beard will do that for you), and to keep your face moisturized. It’s always good for a woman to protect her skin, especially if she wants to kisses from her bearded sweetheart. But what’s great about the organic beard balms is that their ingredients will not only sooth his skin and make his beard look better, but their ingredients will also protect her skin and prevent beard burn.

I can’t speak for everyone, but I can tell you that when I’m in a relationship and my man is sporting a sexy beard, we’re likely going to be kissing passionately and many times, for hours upon hours, if he’s lucky, and O.K., if I’m lucky too, but if he gives me beard burn, I’m not going to be happy about it. Speaking from someone who gets atopic dermatitis because my skin is so incredibly sensitive, any boyfriend that I would have, would either have to be sporting an entirely clean-cut shaven look, or be extremely well groomed and tidy with his 5 o’clock shadow or beard.

Just as men care a lot about how tidy and pristine a woman looks, and just how well she takes care of herself, women think the same way about a man, whether he has a beard or not. But when a man has a beard, it takes even more grooming, especially if your girlfriend, wife, or partner has sensitive skin. To the bearded men, just remember that there’s no need to shave off your beard just because it seems dry or itchy or even because it affects a woman’s sensitive skin, because there are many ways to go around that if you put some effort into doing some research like I did.

4 thoughts on “When Your Bearded Sweetheart Gives You Beard Burn” 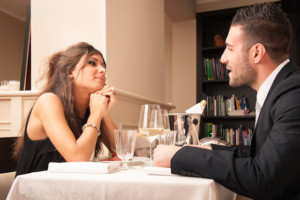