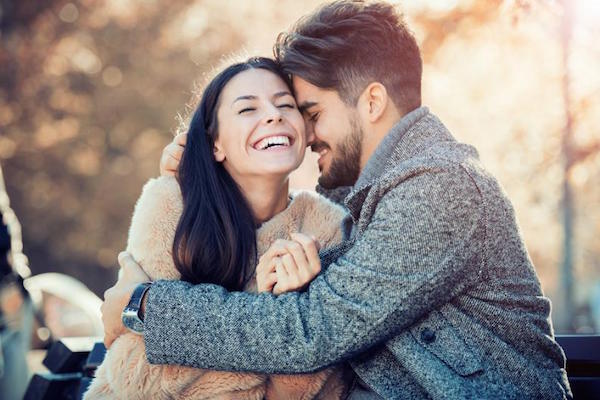 In the dating scene, many times people will become confused or unsure as to whether or not someone is really interested in them. People usually feel this way for a couple of different reasons. One reason would probably be because they themselves are insecure, and perhaps they don’t feel worthy of love. And the other reason is usually because of how the other person acts. But either way, at the end of the day, when you’re with the right match, they’ll give you the type of attention that you long for, and you won’t have to question their feelings, ask for their love, attention, or affection, and you definitely won’t have to beg for it either!

We all need to be whole and complete as an individual before we start dating. When someone is insecure or if they don’t feel worthy of love, attention, or affection, they need to work on themselves. It’s imperative to know our worth, and to have a great self-esteem. Having a great self-esteem means being confident, but without being arrogant. Arrogance is ugly. When we know our worth and we love ourselves enough, then we don’t dissect every little thing about the way that someone acts or talks, we don’t over-think things, and we value our self enough to be with someone who gives us the type of love and attention that we desire. When we know our worth, we don’t put up with being treated poorly or stick around waiting for someone to figure their shit out, and eventually give us the love and attention that we feel we deserve.

You can usually tell by someone’s actions if they’re interested. You should never have to read someone’s mind in order to know how they feel or if they’re interested. And if someone isn’t giving you any attention or perhaps very little attention, they’re probably not interested. One of the biggest problems in the dating scene, is the fact that many times those very same people who seem distant, aloof, or not interested enough are confronted with the question of, “Are you interested?” by the person they’re dating. Mant time they’ll say yes, when they’re not really interested. And they might even come up with a list of excuses, saying that they’ve had a lot going on or that they’re busy, and don’t have the time and whatnot. Blah, blah, blah! If someone is interested, they’ll make the time for you and treat you as a priority. Everyone has stuff going on in their lives, but when something or someone is important to you, you make the freaking time!

As far as how someone acts, talks, and whether or not they’re paying enough attention to you or giving you the love and affection that you desire, maybe they’re not doing so because they’re not interested. We should never play mind games with others, mislead them, or lead them on by making them feel that we’re interested, when we’re not. Don’t tell people that you like them, love them, or that you want to date them, when you don’t. Don’t waste anyone’s time. But regardless, when someone is interested in you, you’ll know it, and you’ll see it by their actions and not merely from what they tell you. There should be a healthy balance between what someone says and what they do. Actions and words people!

We should never have to beg for someone’s love, attention, or affection when you’re in a healthy situation. Someone who wants to be with you will make things happen, they’ll make room in their lives, move things over, organize their lives, and they’ll treat you as a priority, rather than an option. When someone really loves another person, or even if they’re merely interested enough, they’ll go after the person, pursue them, give them attention, and they’ll even go the extra mile at times.

Another thing, is that when someone is truly interested in a person, they won’t risk losing them or letting someone else get them. When someone is interested, they usually want to take you off the market, and not necessarily own you, but they’ll usually desire to be exclusive with you, if you get my drift. They might even sweet talk you and tell you that they want to own you, and if they do that, trust me, they’re interested. When someone is interested, they’ll become a little more possessive of you. And for those who think that being possessive is a bad thing, sure, it can be if it’s too much, but there’s definitely a healthy amount of it that’s good. Within reason, being a little possessive can be healthy and one of the best ways for the other person to know that you’re interested. As long as no one becomes too possessive to the point where they’re trying to control you.

Healthy relationships need a little space, freedom, and both people should be independent to a certain extent. But as far as someone not knowing if you’re interested, no one should have to question it. The person you’re dating should know how you feel about them, and not have to wonder or overthink things to the point where they start assuming the worst or creating issues that might not have been issues to begin with.

Everyone likes a certain amount of attention when they’re dating someone, and for many people, they like a lot of attention to the point where they don’t have to question whether or not someone is interested or just how much someone likes them. We all like to feel loved and get enough attention, but we’re also individuals and we all feel differently when it comes to how much love and attention we desire or need. These are things that you should talk about with the person you’re dating, and not merely break up or end things, and Heaven forbid, ghost a situation, without communicating how you really feel.

Having open and healthy communication in a relationship is imperative, and it should always start during the early dating period. If you don’t feel comfortable enough to share your feelings and to tell the person you’re dating what you like or don’t like and what makes you feel loved the most, you need to work on yourself more and become more comfortable in your own skin, because it might be that you’re feeling insecure or struggle a low self-esteem.

When we love ourselves enough, we don’t settle for less than we deserve. And when we know what we want in life, how we want to be treated, and what kind of person we’re looking to spend our time with, then we need to go after it, and sometimes dating takes hard work. Nothing ever just falls into your lap and is magical without ever having to work on it. Everything good in life takes a certain amount of effort, love, and hard work. You should put the effort into developing great communication with the person you’re dating. You should be open as far as telling them what you want, what you like, what you don’t like, what you need, and what makes you feel loved the most.

It’s imperative to let the person you’re dating know just how much love, attention, and affection will make you feel loved the most. You should never feel ashamed or embarrassed to tell the person how you’re feeling, and what you like or don’t like. There’s nothing to be ashamed about it, and if anything, it will bring you closer to the other person, and it’ll make things easier for you both to see whether or not you’re in the right situation, and if you’re indeed the best possible match for one another. The right match won’t put you down for expressing yourself and being open about what you like and don’t like. If anything, they’ll love the fact that you’re so open, direct, and honest about what you want, because many people aren’t like that and are afraid to be themselves to that extent.

Last but not least, it’s important to remember that we’ll never really know a person until we get to know them on a deeper level and feel comfortable enough to express ourselves freely. When we get to that point of knowing someone on a deeper level, then we’ll truly be able to see whether or not we’re the best possible match, and whether or not we’re truly compatible with one another. In other words, the only way to really know if a situation is right for you, is to give things a shot, and by giving things a shot, I mean, you have to be comfortable enough to be your authentic self and tell the person what you like, don’t like, and just how much attention you need to feel loved the most. 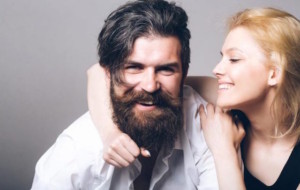