The reason that people say that beauty is only skin deep, is because it’s true. If you’re lucky, you’ll find someone that’s not only beautiful on the outside but beautiful on the inside as well. True beauty comes from within. No matter how well we take care of ourselves, we’re all going to show signs of aging, and get old. It’s important for everyone to know that the person that they’re with will love them for who they are, and not just what they look like on the outside. Many times, you’ll come across people in life that on the exterior, they might not be all that appealing, but on the inside, they’re such a good person that it makes their exterior beauty become so incredibly beautiful. In this article, I wanted to talk about the type that many would refer to as “a hot mess.” He or she is gorgeous outside but inside, not so much. I’ve known certain women to be some of the most beautiful women that I’ve ever met in my life, even compared to some of the most gorgeous, and famous female movie stars that ever lived. However, once I got to know them, and basically, once they spoke, their beauty started to disintegrate right before my eyes. The more that I got to know them, the less that I found them to be beautiful. If anything, they became quite ugly to me. It’s possible that it was my perception that I found them to be ugly in the end, but I don’t think so. A person’s outer beauty can literally deteriorate from the way people see them when their actions are actions of impurity, cruelty, deceit, envy, jealousy, bitterness, negativity, and any other type of nastiness. There are many different things that can define someone as beautiful, but exterior beauty can only take you so far.

It’s imperative that people look to find a partner in life that’s not only attractive on the outside but beautiful on the inside as well. When someone is beautiful on the outside but ugly on the inside, I’d consider them to be what I’d like to call a “hot mess.” Whether you’re a man or a woman, you can be considered a “hot mess” when you’re nasty and evil to the core.

Some people I’ve come across that wanted to date me asked me very superficial questions. They seemed to care more so about superficial and other insignificant things in life like fashion, beauty, hair colour, makeup, and my body type, etc., much more so than trying to find out what type of person I am on the inside. I’ve never given them a chance, and I’d always end situations like that immediately. A superficial man is just as bad as a superficial woman. Maybe it’s the fact that I’m dating in Los Angeles, but I’ve come across a lot of superficial men, so it’s not only the women that are superficial. Remember, when it comes to dating, and finding your best possible match, you should be looking for a package deal so to speak. Within that package, you should want most of their qualities and attributes to be things of the internal nature and not so many things of the external nature. Don’t get me wrong, in relationships, fire and chemistry is everything, as well as passion and attraction. However, when that attraction and chemistry is based solely on the exterior qualities of a person, it won’t last, nor will that fire heat up your bedroom for the long-term. Fire and chemistry are superficial when there’s no foundation within the couple, and they’re not compatible with each other on any level, other than physically.

Some of the worst hot mess types of people are the ones that come with drama in their package. I’m not talking about the drama that comes with having occasional disagreements, or possibly debating a situation with a person. I’m talking about the drama where the person complains all of the time and creates issues out of everything. A hot mess is generally a person that I put in the category of toxic people. Stay away from the hot messes that you come across, despite how beautiful they are on their exterior.

Being beautiful on the outside is something that I think we all hope to be. We’d all like to know that our partner thinks of us as beautiful, and not just on the inside. However, when someone is truly and utterly beautiful on the inside, I promise you that your attraction for them will not only grow, but it will become so strong and intense, that not only will they become somewhat attractive to you, but they could likely turn into one of the most beautiful people that you’d ever laid eyes on. 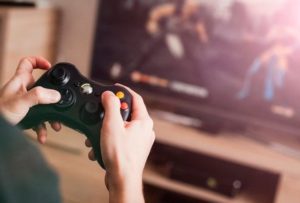