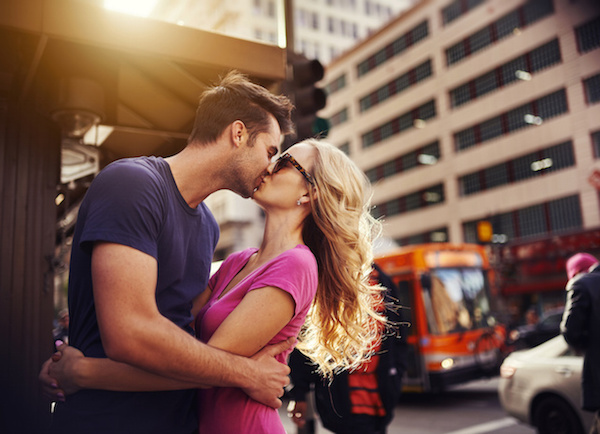 Dating in Los Angeles is nothing short of difficult. One of the reasons that dating is so hard in places like LA is because many people are superficial, and have – how should I put this, green on their mind, rather than love. People that still believe in finding true love are rare, hard to come by, but yes, they still exist. They’re just harder to find in LA. However, there’s still hope.

A good portion of people in LA (and I’m sure in many other places as well) feel that the grass is always greener elsewhere, and in LA, sometimes it’s even fake grass. In case you haven’t seen the fake grass in LA, not too shabby. But there’s still something special about real grass (I can just feel the potheads getting into my writing now – No, not that kinda grass). There’s not only something special about being authentic – everything is special about it.

One of the biggest problems with a good portion of singles in Los Angeles that are hoping to find their match is that they don’t know what they’re looking for. You have to know what you want first, or at least have some idea of what you’re looking for. Many times people think that they know what they want, but as soon as they see something better somewhere else (obviously because they’ve been looking, and keeping their “options” open – which is very common in LA), they move onto the next person.

Obviously keeping one’s options open won’t get anyone to a point of developing any actual feelings for another. But it also won’t get you any closer towards finding your soulmate. So many people are wasting their time and their lives swiping here, serial dating there, and waiting until something “better” comes along. Well folks, for those that are doing such and have succumb to the LA pattern of dating, if you don’t change this distorted method of dating soon, you’ll end up alone or with the wrong person.

It’s important to know what you want, and not only to work hard to get it, but to appreciate it once you have it. As well, you need to maintain your relationship by putting effort and love into it, as well as making enough time for the person. Dedication and loyalty are BIG when it comes to embracing your relationship, and being a good partner.

Whether people in LA are single, married, or married with children, many people have trained themselves to define others and themselves by what’s in their wallet, what’s in their bank account, and what city in LA they live in (heavens forbid if one lives in “The Valley!”). For those that are trying to crawl up the entertainment industry ladder, they even care more so about who you know or who you are, rather than who you are on the inside – if you get my drift. Not only are people in LA defining themselves by superficial things, but they’re defining others in the same manner.

People need to seriously get out of there Lala land bubble, and come back down to reality if they’re hoping to find a loving, healthy, happy, lasting, and meaningful relationship. There’s no way in hell that anyone can find even a stable friendship, if they’re going to be wishy-washy, and only want to be friends with someone when they could benefit in some way. Using others, taking what you want, and then ghosting situations is never cool, and it’s a big problem here in Los Angeles.

Anyone that has seen pictures of LA can tell you, and anyone that lives in LA can vouch for the statement that Los Angeles is one of the most beautiful places in the world. Having said that, it’s important to get rid of the superficial stigma that’s destroying LA’s singles and their reputation for being beautiful.

Beauty is deeper than merely on a superficial level. People in LA need to detox their souls, and not only their bodies with their juicing, health-kick diets. LA cares so much about the appearance of others, as well as exterior things like what kind of car someone drives and what name brand something is more so than they seem to be caring about another person’s feelings, and who they are on more of a deep and spiritual level.

It’s important to “Love thy neighbour,” and not the neighbour’s car, job, or home, to the point where enjoying luxury isn’t something like frosting and “good to have,” but it becomes the actual cake (the foundation) instead, and ends up becoming a “must have.” We need to clean up our act in LA from the inside out. We can all do our share. It’s time to put our hearts back on our sleeves, because in all honesty, I’ve seen way too many people lately that are all bottled up inside, emotionally unavailable, and afraid to let their guard down. 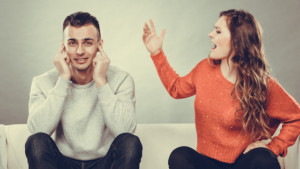 Acknowledging the FIRST Red Flag
No need to wait for more than one. Next!