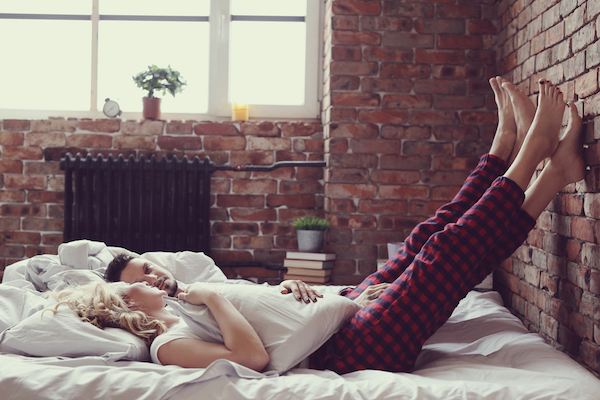 When it comes to having enough chemistry with someone, it needs to go both ways and should never be one-sided, just like anything else in a relationship. However, two people don’t necessarily have to be with one another or be attracted to one another for the same reasons. When it comes to wanting the same things in life, being on the same page, going at the same pace, and simply being compatible or not in a relationship, are all not only important, but essential. Things that you and your partner want in life should all be pretty similar, so that things flow and are most comfortable. Both people in a relationship should feel comfortable and satisfied in knowing just how compatible that they are with their partner, and they mutually feel at ease to a certain extent in knowing that they’re a team, partners, or best friends even. But when it comes to attraction, one person might be attracted to the other person for entirely different reasons, and it’s important to know that there’s nothing wrong with that.

At the end of the day, ultimately wanting the same things and being on the same page is imperative, and as long as you’re attracted to one another and feel that fire and chemistry, you’re good to go, and you’ll likely be able to experience a beautiful relationship together. So you see, it doesn’t really matter what qualities you find appealing in your partner, and you don’t necessarily have to be identical in every which way or even be attracted to one another for the same reasons.

The most important thing to remember, is that you should love and embrace your partner for who they are, and all of the things that you love about them, all of their imperfections, all of their idiosyncrasies, and everything that makes them such a unique and amazing person. So if your partner is with you because you’re incredibly smart and driven or motivated to the point where you inspire them to be better, and you’re with them because they’re beautiful inside and out, family oriented, and perhaps have other qualities that you find so incredibly appealing in them, there’s nothing wrong with that, as long as you both love one another and embrace the things that you’re attracted to in one another.

Things should generally be aligned in a relationship as far as what you want, what you expect, your goals, and what you’d like to have happen in your future. Like I said before, you should ultimately want the same things, be on the same page, and you should go at a pace that mutually comfortable. Having said that, when you see that you’re in a relationship with someone and the fire and chemistry isn’t there enough, or if your attraction to your partner isn’t what it should be or vice versa, you can try to spice things up in your love life by bringing more romance into your lives, or trying new things, but you can’t really create a deep and genuine feeling of being attracted to someone if it’s not there.

People usually know pretty quickly and early on whether or not they find someone attractive, as well as what exactly they find appealing in them. And those things that you find attractive and appealing should grow and become more passionate and intense, the more that you get to know the person, especially when you’re the right match for one another. So for those people out there who think that their feelings will grow in time and that real love develops with time, I’d have to agree 100%, except for the fact that we’re talking about “feelings developing” over time, not necessarily attraction or passion.

You can fall in love with someone for many different reasons, but if you’re not physically attracted to a person and the fire and chemistry isn’t there from the get-go, it’s likely not going to show up later. So what I’m basically trying to say, is that we’re all attracted to people for different reasons. We may love and embrace a person for who they are, and even adore all of their little idiosyncrasies and what not. But if you don’t feel that spark, that intense passion, or that desire, where your heart pounds, and you passionately long to be in the other person’s arms as much as possible, and yes, even kiss them passionately, and maybe for hours upon hours, then the fire and chemistry isn’t there.

The problem with people who explore relationships and stay with someone when the fire, chemistry, and attraction isn’t there, is that later on in life, despite all of the good that they have with their partner, and despite all of the beautiful qualities that they see, love, adore, and embrace in them, their passion and intimacy will likely suffer in the end. Being affectionate, passionate, and having the right amount of closeness and intimacy is imperative for every healthy relationship. You should be your partner’s best friend, and I’ve even written it many times before how you should marry your best friend. But at the end of the day, if you’re not physically attracted to your best friend and partner, then you might simply want to stay best friends and hold off on the relationship aspect.

Having enough fire and chemistry is imperative, and there should be enough of it early on and from the very get-go. Deep attraction should develop overtime, and despite what you’re attracted to in another person, that attraction will change in time, but it should also improve, as should your intimacy with one another. In the right situation, you you can love and adore many different things in one another, and like I said, they don’t necessarily have to be the same things, b. But when it comes to attraction and physical chemistry, it needs to be there.

Another thing that’s important to remember, is that being beautiful in your exterior can only get you so far, and perhaps might temporarily attract someone or be appealing, but when someone is with you for the right reasons and they truly find you beautiful, it’s your soul, the connection, and the person that you are on the inside that will make someone fall deeper and more passionately in love with you. It’s that type of deep love from your soul that a person will ultimately be attracted to the most. But having said that, the same fact remains that you need to be attracted and feel that fire and chemistry in the other person, whether it starts off on a physical level or whether you see a person’s inner beauty from who they are, how they act, and what they say. Fire and chemistry can be provoked and felt from many different things, but is long as it’s there, your relationship will thrive in the end as long as the attraction and feelings are mutual. 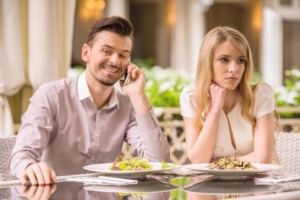 22 HUGE Turnoffs to Women
A list of what women can't stand in a man.