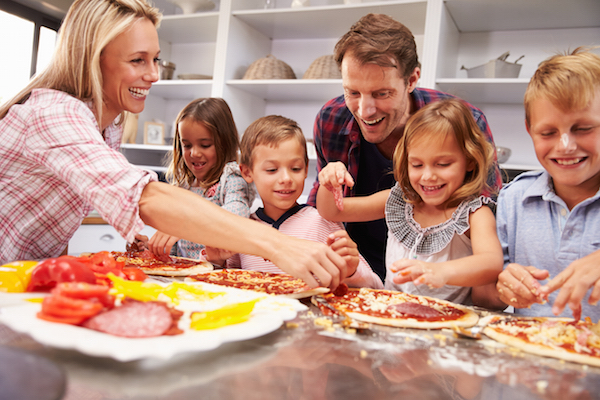 The word on the street is that single parents should wait to introduce their children to someone. They say that you shouldn’t introduce your kids to anyone that you’re dating, unless you’re ready, your partner’s ready, and until you’ve been in a relationship for a long time. Many people believe that you should wait to introduce your children to your partner until you know that you intend to marry them. I wrote this article to express the other point of view… mine. I believe that single parents should introduce their kids to the person that they feel they “could have” future potential with. Don’t get me wrong, I don’t believe that that should happen too early when dating, but once you get into an exclusive relationship with a person, the conversation on when to meet the kids should happen. I believe that the kids should be introduced sooner, rather than later.

Kids naturally have good instincts and if you have an open book, honest relationship with your children, they will either like a person or not. When single parents openly talk with their kids, they develop trust, understanding, and will have an open heart towards any situation that you might choose to be in, including anyone that you see future potential with. I will talk more about this in my next article. If you talk openly with your kids, they will not only keep an open mind when meeting someone who you’re dating, but they will also know not to let themselves get too attached to the person, and that you just want their opinion (in private, not to embarrass their partner). The person dating the single parent shouldn’t feel judged by that, and understand how imperative it is for them to feel comfortable around their children and for their children to feel the same comfort level around them.

Your kids should know that your intention is not to ever try and replace their other parent, but to bring in the best possible match for their family, that will be a mother figure or father figure. This is another reason why it’s so important that single parents don’t bad mouth their exes, because their kids will feel that you’re definitely trying to replace their other parent, despite what you say.

Something that every good parent knows is that your kids are your priority. When you’re a single parent, I truly believe that what your kids think of the person that you’re dating means everything. In other words, if your kids don’t like them, you should stop dating them, and end the relationship. I don’t believe in getting your kids too attached to someone during early dating. But, having a light introduction and spending a little time together here and there can be beneficial for the kids, you, and your partner. There’s’ no point in having a longterm relationship with someone where you’ll get attached to them, while postponing your partner meeting your kids, and then having to break up, because your kids didn’t like or get along with your partner, or vice versa.

When people have kids from a previous marriage or situation, I think it’s important not to explore long-term relationships, without introducing your kids. I feel this way, because many times your kids won’t get along with the person that you’re in a relationship with, and it’s important to find out sooner, rather than later if everyone is happy with the situation. This especially goes for when both people in a relationship have kids from previous situations. In cases like that, I believe that the kids should be introduced even sooner, because there are even more people that have to like each other and be open to and comfortable with the situation.

When someone is truly serious and dating the single parent for the right reasons, and with pure intentions, they’ll be understanding enough to realize that you’re a package deal, and it’s important that the kids like them and that they like your kids. When both people in a relationship have kids, it’s a good idea to introduce everyone step-by-step. In other words, first you can meet their kids and they can meet you, and vice versa. After that, all of the kids should meet. Again, my point is that everyone meets briefly, and only once you know that there’s a possibility of a future together. You don’t necessarily have to know that you want to be engaged to one another yet, but you should be able to be honest with your children about any romantic love interest in your life that could lead into something more.

3 thoughts on “Dating as a Single Parent: When to Introduce Your Kids” 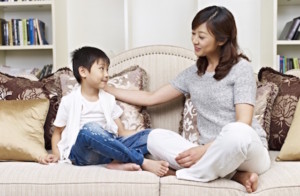 When Single Parents Introduce Their Kids to Their Partner
And some things that you should tell your kids first.