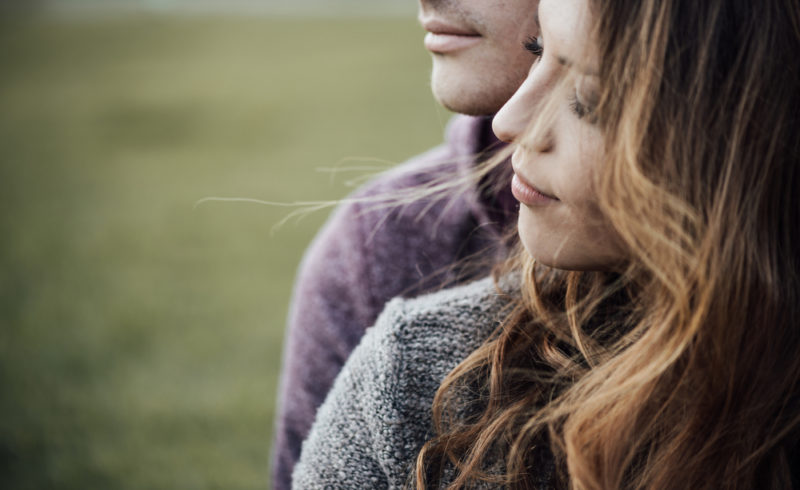 If you find yourself in a position where the person that you love and want to be in a relationship with is having a hard time committing to being exclusive, getting engaged, or even for those that have been engaged for some time, but without committing to a date, you need to do something about it. You can’t sit back, and use different phrases like, “time will tell,” or  “in time it will happen,” or “have patience,” and don’t you just love this one, “if it’s meant to be, it’ll happen.” There gets to be a point for couples when enough is enough, and you need to figure out what you want to do, either be with a person and commit to them, or move on. You can only postpone moving forward in life and in relationships for certain amount of time, and have it still be considered normal.

So How Long After Dating Should Two People Become Exclusive?

When two people really like each other enough, they’ll want to be exclusive right away. But unfortunately these days many times people bring old hang ups, insecurities, and issues from previous situations where they felt hurt in different ways , and they tend to be a bit cautious of becoming exclusive too quickly. Therefore, many times people wait to become exclusive until they’ve dated for awhile. Having said that, if two people have an open heart, are baggage free, emotionally available, and both totally digging each other, any time after 3 dates is a safe bet.

If someone really wants to be with a person, they’ll make things happen, and they’ll likely even do so in an orderly, enthusiastic, and normal way. The amount of time it takes for someone to commit all depends upon the person and the couple. We all have different timeframes and comfort levels as far as pace goes. For some people that are cool with waiting about seven years for someone to commit to them, the more power to them. But, I personally would never do it. I don’t feel that there’s really a timeline where you need to be with a person for before getting engaged. As far as relationships go, I don’t see anything wrong with starting a relationship right off of the bat if you’re both feeling it.

There Needs to Be a Conversation. Don’t Assume You’re Exclusive!

Going about becoming exclusive with someone isn’t the same as it used to be back in the day (yeah, yeah, I’m aging myself, so what). Nowadays, even if you see someone all of the time, date one another, only date each other, and spend all your time and effort communicating with each other, you still can’t assume that you’re exclusively dating or in a relationship. The conversation needs to be had (I learned the hard way). Many people already have figured this one out. But for all others, and I know that many people have yet to learn this, the conversation must be had, and never assumed. Let me save you some future heartache. Have a conversation about exclusivity after a certain point of dating.

If you’re the person that’s wanting to be in an exclusive relationship with someone, and the other person definitely likes you, but still wants to play the field and date others, you need to make a decision that’s going to be best for you. A person that wants to play the field after having a few dates with you to still see what’s out there, well, that’s a big red flag if you’d ask me. A person that gets to know you after a few dates and then still wants to date others has a misconception that the grass is always greener, or the fear of commitment. Generally speaking, people that are afraid to commit will have a hard time picking between dating this person exclusively or that one. At the end of the day, they might even choose not to commit to anyone.

People that have a fear of commitment are generally afraid of making mistakes, getting hurt, making a permanent decision that they might regret, or possibly even have wounds that aren’t healed yet from previous relationships. But mostly, they’re afraid to fall in love. For whatever reason that your partner or the person that you’re dating doesn’t want to commit to being in an exclusive relationship with you, you need to step up to the plate and make the best decision for yourself. Someone that’s okay and comfortable to date you and others isn’t going to be torn or disturbed by the fact that you’re not exclusive yet. Do you really want to sit there while they date other people for weeks upon weeks or months upon months while your feelings are developing solely for them? I didn’t think so.

When you date someone exclusively, even if you were the one who’s dating someone exclusively and they’re out there playing the field still, your feelings are likely going to be developing for them. If they’re still playing the field and dating many other people or even one other person, their heart isn’t going to be completely open to falling in love with you, because they’ll be busy developing feelings for more than one person. You can’t expect someone to truly and utterly fall madly in love with you if they’re going to be dating others at the same time as you.

The point of becoming exclusive in a relationship is not to control other people on what they do or say. But, exclusive relationships are more so there to help people avoid being distracted by the grass being greener elsewhere, when all that really does is take away from you giving your full concentration to one person at a time. No one wants to feel that they’re an option to you. We all want to feel important to our partners and feel as if we’re a priority to them. One of the biggest ways of feeling loved is feeling as if someone makes the time for us and puts effort into things.

If You Met Online…

When it comes to becoming exclusive with someone that you met in an online dating site or swiping app, etc., you should both deactivate after 3 dates with each other. There’s never a good reason to keep online dating profiles up after you’ve met someone that you like. If someone isn’t “ready” or “comfortable” to deactivate them, be very, very, VERY cautious of dating them further, because they’re either not that interested in you, afraid to be let their feelings develop (fear of commitment, fear of falling in love, or fear of getting hurt), or addicted to dating sites (which by the way, SO MANY people are).

No one will want to play the field and date other people when they really, really, and genuinely have an interest in you, and with possible future potential. When someone really likes you, they never want to risk losing you by dating other people or by having you date others either. Someone that wants you in their life and sees you as a great possibility or as a promising situation isn’t going to want to risk upsetting you, making you jealous, or putting you on the back burner while they date someone else. Someone that’s interested in you is going to make you a first priority in their romantic life. If you’re just one of the many people that someone is dating, I would think twice about giving them your time, effort, or opening your heart up to them to the extent that you should in a new situation. If anything, if someone wants to date other people after a few dates, I wouldn’t even bother dating them, and I’d highly recommend that you didn’t either.

19 thoughts on “The Importance of Exclusivity” 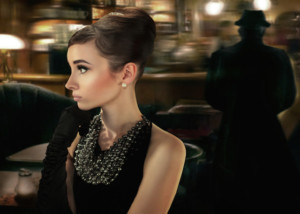 The Power of Inner Beauty
Be with someone for the right reasons.