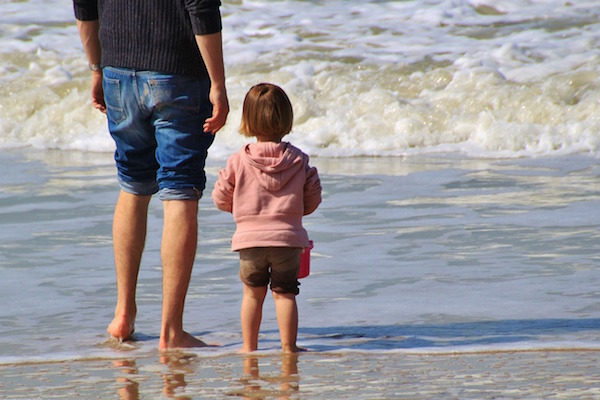 There are certain things that you should know before dating a single father. And if you choose to date one, you need to be patient, understanding, and respectful when it comes to his needs and the needs of his child or children, as well as his child’s mother at times. The following is a list of things that you’ll need to understand and expect when dating a single father.

His kids will always come first:

A single dad is going to put his kids first. You need to be respectful and understanding of the fact that his children are his priority. He may be busier than most guys that you’re used to dating, if you’re used to dating men without children. It’s likely that he has to multitask quite a bit. He probably works really hard and becomes consumed with taking care of his kids. Kids come with a lot of activities including school, homework, sports, play dates with their friends, and much more. His time to date you might be limited, so if he asks you out, you should try to accommodate him and change your schedule if you need to. You have to be very understanding of a single father’s schedule. His kids are his priority and they’ll always come first. But, if he lets you into his life, you will be a priority too. After all, a single dad needs a companion and a romantic life, just like all other guys.

You should expect him to be very cautious when bringing anyone into his life. As well, you should expect him to be picky with who he chooses to date. He’s probably going to be looking for a full package when it comes to dating someone seriously. That package will likely include someone who loves kids. You should never intend on dating a single father if you don’t like kids or think that you couldn’t accept someone else’s kids as your own one day, if you end up together.

When the right time comes, if you’re lucky enough to meet his kids, you should meet them with an open heart and embrace them into your life with all of your love. The man you’re dating won’t be expecting you to be anything other than yourself when you meet his kids. If he decides on having you become a bigger part of his life, involving his kids, then you shouldn’t take that for granted. You should realize that he’s not ever going to try and replace his children’s mother. But, he’s likely looking for someone that’s a mother figure as well as everything else that he’s desiring in a woman.

Introducing you to his kids is a big deal to him. He’s likely not going to want to get his kids too attached to someone that he’s not serious about or that he’s not going to be with for the long-term. It’s likely that he’ll wait to introduce you, until you’re in an exclusive, healthy, happy relationship. You need to let him take the lead when it comes to introducing you to his kids. Single dads introduce their kids to people at different times. Some of them are willing to introduce you earlier when you have kids too, and some are not. They might make play dates involving your kids, but still, some single dad’s preferred to wait, even when you have kids too. So remember to take his lead and when he’s ready, he’ll introduce you.

Be respectful to his child’s mother:

A single father is likely to have some type of relationship with his kid’s mother. Hopefully, it’s a healthy, cordial relationship, where they can have a normal conversation when it comes to their kids. Whichever woman that a single dad is bringing into his life, when it comes to the point of being involved with his kids more, there may come a time when you have to meet his kid’s mother. When that moment occurs, you need to be kind, courteous, and respectful to her. You should be this way to her for the sake of the man you’re dating, his children, and for the mom.

You need to be kind to her, because it will be a huge respect that you’re giving to the man you’re dating. It will be a beautiful thing when the kids see that you’re so kind and respectful to their mother. Your kindness will reflect the beauty within you. The children will respect you and care for you even more, because of your kindness. As well, it’s important to be kind to the mother, because she will feel more at ease about the situation, and the fact that you’re in her children’s lives now. It’s very important to have peace with the kid’s mother as much as possible. I understand that it’s not always an easy task, but you should bite your tongue if you have to, in order to have peace with her. Having said this, you should expect him to be in contact with the children’s mother. 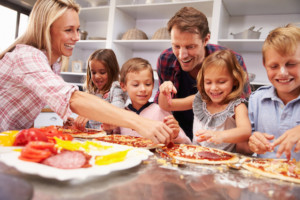 Dating as a Single Parent: When to Introduce Your Kids
Some things you should know before introducing your kids to…