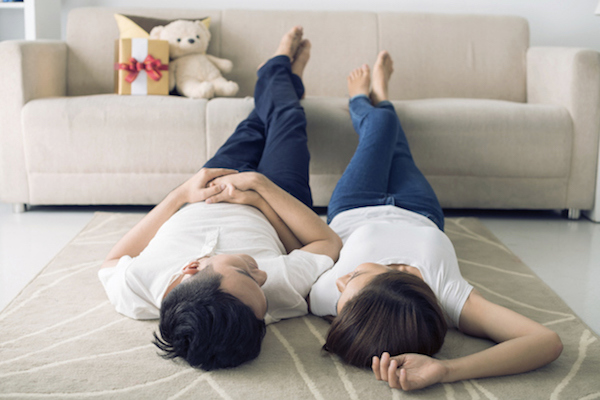 I’m going to start off by explaining why it’s so imperative to have a good self-esteem and to know your worth. For starters, when you know your self-worth, it shows that you value yourself, that you respect yourself, and that you won’t settle for less than you deserve. Knowing your worth, is something that should be mandatory in all of us so that we don’t accept being treated poorly by anyone. Having a good self-esteem and feeling proud and thankful about who you are inside and out is essential. No one should settle for being second-best or being treated as if they’re number two on someone’s list, and even worse, as a mere option.

I don’t know about you, but I certainly wouldn’t want to be treated as an option, instead of a priority. Can you imagine if the person that you’re dating is in a relationship or married to someone, and goes off with that person to Paris for a little getaway? Because if you can imagine that, then I’m sure that you can also imagine being left behind and what that would feel like, especially if you had been led on and to believe that the person wanted to be with you, and that he and his partner were unhappy in their relationship. Do you really want to be the person that’s left behind? Nothing is worse than being a homewrecker. But just as well, imagine the damage that you could be causing to the other woman that’s with the man that you’re dating. Imagine the pain, the heartache, and the turbulence that you might cause to her life by exploring something or someone that isn’t yours for exploring.

What’s truly unfortunate is that many times people mislead someone when they’re in a relationship or even married for that matter, and the other person feels hope because of how they’ve been misled, thinking that they have a chance at being with the person. They believe what the person that they like says, and they trust their words, when really, they shouldn’t. Someone that’s able to lie and deceive their own partner, even if they feel unhappy with that person, will do the very same thing to you, or at least the chances of them doing so, are very high. A person that’s willing to cheat on their partner, even if it’s simply emotional cheating, is someone that’s capable of not only committing adultery, but of lying to you and perhaps, for the rest of your life if you end up together.

When you know your self-worth, you’ll never accept being second-best. You’ll won’t accept not being someone’s priority. And why should you? No one should explore a situation with someone that’s not entirely single. Unfortunately, people lie so often these days, that you never really know what’s true and what’s not. Many times people will be afraid of losing something that they have with you if they tell you the entire truth. I always write about going into each and every new situation as if you have a blank, and clean slate. However, it would be impossible to have a blank, clean slate with someone that’s not fully single.

Imagine a triangle for a second. There are three sides and three points. Now imagine that you’re one point, the person that you’re dating is another point, and his partner is the third point. Nothing is aligned, and unhappiness is something that each one of those sides will feel, although, slightly less for the man that you’re dating. You see, his side will be miserable too, but not nearly as much as the other two sides, because to some extent, he’s getting what he wants from you, and from his partner. But the reason that he would still be miserable is because he’s going to be consumed with unnecessary drama and fear. As well, he’ll be on guard and careful not to let his partner find out about you and not to let you know certain things that are going on between him and his partner. What a mess, right? Yes, it will end up being very messy and very unfortunate for all three people in that triangle relationship.

No good can come from dishonesty. No good can come from being unfaithful, untrustworthy, and selfish. Cheating on one’s partner is one of the most selfish acts known to mankind. A cheating partner is basically someone that’s willing to risk everything normal and stable in their life, including any amount of happiness. Someone who cheats on their partner is willing to risk their relationship being destroyed, as well as the destruction of any type of foundation that they might’ve worked hard on building. A cheater throws away what’s good in their life, for something that has hopes of being better. A cheater views the world as the grass is always greener, desiring the next best thing, and always wanting more.

You should never settle for someone that cheats on their partner, because if you do, they could end up cheating on you one day. Never be the person that destroys another person’s relationship. Don’t contribute to that triangle. If a person tells you that they’re unhappy in their relationship and that they’re simply trying to find a way to get out, or any other type of mumbo-jumbo that they might tell you, just realize that they’re just trying to appease you and tell you what they think that you might need to hear, in order to get what they want.

If we’re self-aware and in touch with our emotions enough, we’ll be much more apt to understanding, detecting, and recognizing the signs, that when a person confides in you in regards to how unhappy they are in their relationship, but at the same time they’re trying to be with you on a romantic or emotional level, they’re trying to build that triangle. Recognize that what they’re doing is toxic and selfish, and in lieu of what they’re doing, they’re going to complicate all three of your lives. Don’t be the bad guy! A person that’s unhappy in their relationship needs to work on it or end it. There are only two options. There’s no third option that allows them to explore other situations, cheat on their partner, or create some sort of second life.

Cheating will destroy you, the other person, and their partner. Nothing good can come out of a triangle relationship. I’m a big believer in monogamy, but when it comes to being unfaithful and cheating, things are taken to a whole new level of toxicity. If someone is thinking about cheating on their partner, they either need to have a serious talk with their partner, get some professional advice, or end their current relationship. Cheating should never be an option. If you don’t want to be with someone, break up with them, but never cheat. And definitely, know your self-worth enough not to put yourself in a situation where you’re just one side of that triangle. We should all be like an eleven—perfectly aligned, side by side, and parallel to our partner.

If someone tells you that they want to be with you while they’re still in another relationship, even if they’re claiming to be unhappy and that they’re wanting or in the process of getting a divorce, let them deal with their problems first and foremost, and before even considering exploring anything new with you. You should basically tell that person to piss off, and that once everything is final and done, if you’re still available, and they’re still interested, then, they can pursue you. But to explore anything, even on an emotional level while they’re still committed, in a relationship, and bound to someone else, it’s wrong and inappropriate.

4 thoughts on “Don’t Settle for Being the Other Woman” 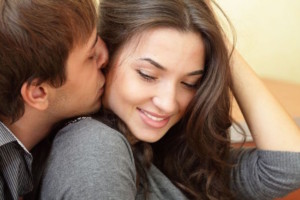