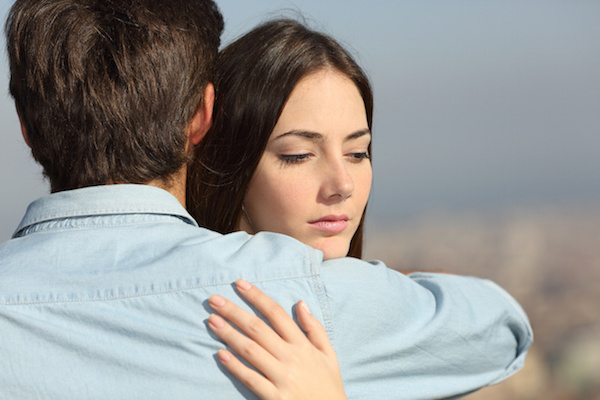 When it comes to dating someone that was unfaithful in their past relationship, you’ll likely feel concerned as to whether or not this person would ever cheat on you. Knowing that this can be a concern of many, it’s important to look at the whole picture sometimes, instead of just looking at what that person did in their past. Therefore, I decided to elaborate about some of the things that you should consider when dating someone that has a past of cheating.

First of all, it really depends whether or not the person had told you that they cheated, or whether you found out through someone else. If you found out through someone else, you first need to ask the person directly whether or not there’s any truth to what you heard, instead of just assuming that what you heard is true. Always ask your partner directly, and give him or her the benefit of the doubt until you’re sure.

It’s a much bigger deal, and much more of a concern than it would’ve been, if your partner hadn’t told you directly and honestly on their own, and you simply found out the hard way. However, if they’d admitted to what they did once you asked them if there was any truth to it, it definitely counts for something. When someone tells you on their own, it gives you hope because of their honesty.

You see, when someone lets you know that they did something wrong in a previous relationship or marriage, then you need to appreciate that the person is honest, and the fact that they didn’t hide what they had done. If anything, it shows that the person is not only honest, but that they’re an open book, as well as the fact that they’re not hiding anything from you. Being honest and open book are too strong and solid foundation pillars that are essential for a healthy relationship, so make sure that you appreciate it when your partner lets you know that they were imperfect in their previous relationship.

Another thing that you should become aware of when your partner had cheated on their ex, is if they feel remorseful for their actions, and whether or not they learned from their mistakes. When people are willing to look at their own actions in life, feel remorse, regret, and realize how wrong what they did was, then it shows that the person is human, makes mistakes, but owns up to them at the end of the day.

Cheating is basically breaking the glass in a relationship, and there’s no going back or fixing it later. It’s something that truly can’t be undone. This is why you should think about what you do before you do it. Having said that, when someone is remorseful and learns from their mistakes, it shows that they just might have become more aware and appreciate of of what they have in life, and hopefully, they’ve learned not to take things or people for granted again.

Last but not least, if your partner cheated on their ex, it’s important to look at the whole picture, which means everything that I wrote so far in this article, plus one added thing. If your partner didn’t own up to their mistake, showed no sign of remorse or regret, didn’t directly tell you what they had done on their own, or at least didn’t tell you that it was true when you found out, then they really need to work on themselves.

However, despite whether or not someone lets you know about their past and the mistakes that they’ve made, and despite whether they’re remorseful, and have learned from their actions, when you date or get into a relationship with someone that had cheated on their ex, you need to go into that situation with caution. If you’re going to be paranoid that the person is going to cheat on you, then you shouldn’t even bother exploring a relationship with them. Every new relationship deserves a blank, clean slate.

When someone has cheated on someone from their past, it shows that they’re capable of such an act. You see, some people simply aren’t capable of cheating on another person, despite their reasons or logic for what they’d done. There’s no good excuse for cheating on someone, and if someone had cheated on someone from their past, you need to be cautious in order to protect yourself. Having said that, you should never be afraid or paranoid that someone will cheat on you. Going into situations with caution, simply means that you’re aware that the person is capable of such an act, and the more that you get to know the person, the more that your added caution should naturally fade.

3 thoughts on “Dating Someone Who Cheated on Their Ex” 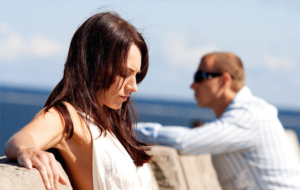 Don’t Settle for Someone Who’s Wishy-Washy
Stability is everything in a relationship.