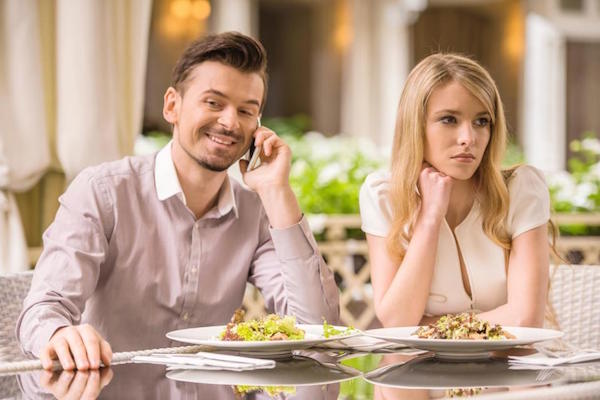 Everyone these days claims to be picky, and that’s not necessarily a bad thing. You see, it’s great to know what you want, and especially when it comes to what you’re hoping to find in a partner. Some people however, are too picky, and pick at every little thing that they don’t like, that doesn’t work for them, or that doesn’t quite meet up to their standards of what they feel they deserve. But if we can all get off of our arrogant high horses for a moment, I’d like to write this article about some of the biggest turnoffs that women tend to agree on when it comes to the men that they date and explore relationships with.

And just in case you see the pattern of what I’m going to call “When a man’s,” as I write each of these huge turnoffs, you’re seeing right! It’s kind of the opposite of the song by Salt-N-Pepa feat. En Vogue, “Whatta Man.”

1. When a man puts little to no effort into things. Effort costs nothing!

2. When a man only texts, and never calls.

3. When a man treats her like an option, instead of a priority.

4. When a man is inconsistent, unstable, and only contacts her for occasional dates.

5. When a man is rude to waiters, workers, and is all around arrogant, and lacks appreciation for anyone or anything.

6. When a man is too forward, too soon, and is focused more on the physical instead of on building an emotional connection.

7. When a man is dishonest and lies or makes promises he doesn’t keep. As well, when a man is closed book, and secretive with his phone, and almost acts as if he lives a secret life in which you know nothing about. When a man is very secretive.

8. When a man isn’t polite, courteous, appreciative, and has bad manners, especially in public.

9. When a man is arrogant, chauvinistic, cocky, pompous, and has a bigger ego than President Donald Trump. Well, even half as big. Sorry Don, I mean, President Don. Hey, some women like an alpha-male (not me!). Again, no offense…

10. When a man plays mind games, is wishy-washy, and again, back to being unstable (see No. 4). When a man plays with her feelings and emotions and enjoys provoking or teasing her too much, and usually just to get a reaction or to be ahead in “the game.”

11. When a man doesn’t take good care of himself, has bad hygiene, doesn’t groom well, and smells bad (including his breath). Yecch! Yuck! Gross! Let me add one more which some women may agree or disagree with, but I know for a fact that many women find a man’s shoes to be a big deal. Now, I’m not speaking for those obnoxious materialistic women out there, but more so, those women that are more so, the types that simply like feet, or even notice when a man has nice shoes and view it as a sign that he’s confident and takes good care of himself. In other words, as a man with class and taste, who puts effort into the way he presents himself.

12. When a man is selfish, and never puts her needs above his own.

13. When a man is cheap or too frugal, and yes, being frugal is not good, especially during early dating. Having said that, don’t be a bitch and order the most expensive thing on the menu or be insensitive when you think your man is gonna cover the bill. As well, don’t be the kind of woman who is careless or doesn’t understand not to go overboard on a date when ordering, or use people (men), because taking advantage of others is never good. And I’d like to add the fact that being cautious or a little careful is smart in my humble opinion, but during the early dating period, it’s best to hold off a bit on showing your frugal side (trust me when I say that being frugal at times is not the worst turnoff to all women, and some women might even view it as being responsible later on once you’ve gotten a bit closer). O.K., now after having said all of that, it’s a very appealing thing when a man is generous to others, including homeless people, those who are less fortunate, and to their loved ones, even if they’re somewhat frugal in other ways.

15. When a man isn’t protective, doesn’t make her feel secure, and doesn’t have her back. As well, when a man

16. When a man calls her pet names early on like babe, sweetie, sexy, dollface, etc., instead of using her full name. Pet names can be appealing to use at times, but not during early dating and before you truly get to know a woman on a deeper level.

18. When a man checks out other women right in front of her, and in a vulgar, inappropriate, or obvious way. When a man is unfaithful, and struggles with monogamy.

19. When a man sends inappropriate texts or pictures early on. Maybe there are some women out there that enjoy getting D-pics, but I’m not speaking for them, because I find them a huge turnoff and a definite no-no if you ever want to hear from me again.

20. When a man ignores her, tunes her out when she speaks, doesn’t remember things that she says (including special occasions, lacking any trace of sentiment), and when he treats her as if her views, thoughts, and opinions aren’t important, or worse, not as important as a man’s.

21. When a man lacks confidence, and is insecure. There’s a big difference between being arrogant and confident. Keep in mind that when you’re confident, you’re still able to be humble.

22. When a man doesn’t have an education, lacks intelligence, or isn’t at least street smart to some extent, and can’t carry on a conversation. As well, when a man lacks emotional intelligence. 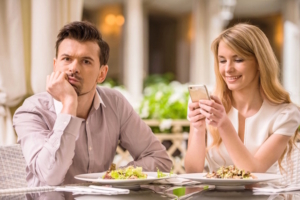 8 of the Biggest Turnoffs to Men
Some things that men don't like in a woman.