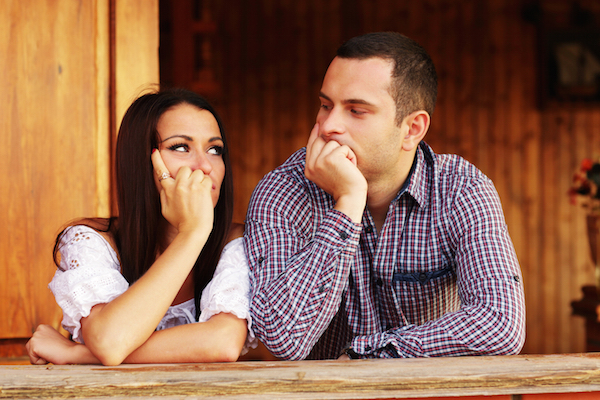 I don’t know about you, but I love when things are planned. However, I also love a little spontaneity in my life. But when it comes to big decisions, and having what you want in life, you need to think before making big decisions. You can’t necessarily plan out exactly what will happen in your future. I mean sure, you can create a gameplan, and follow through that plan by striving towards it with a determined mind, and a lot of hard work and effort, and even by adding a little love at times. Well, that is, if what you’re striving towards is something that you’re really passionate about. However, despite how much love, effort, hard work, and whatnot that you put into going after what you want, there are still no guarantees.

As well as the fact that there are no guarantees that you’ll get what you want in life, there are also no guarantees that you’ll get what you want when you want it, and in a particular or preferred timeframe. Like I said, you can really only plan so much. At the end of the day, it’s destiny that plays the biggest role. I realize that we all have our own beliefs, and different views and feelings when it comes to God. Therefore, I can truly only speak for myself when I say that I believe that ultimately, God is in charge. I believe in destiny and fate. And I believe that God already knows what’s in store for each and every one of us.

I believe that God has a plan. However, I also believe that we’re given choices in life, and we as individuals are put in positions where we’re given these choices to do good or bad things, to think before we speak or act, to follow a decent and righteous path or a low and negative one. I believe that we have the power to choose good over evil, and to live beautiful lives filled with positive things as a result of our actions. And I also believe that we have the power to choose evil over good, where we create our own misery, which at that point, we need to be accountable for. So at the end of the day, I believe we’re given the choice to make our own decisions, which basically means that we create our own destiny.

So we’re given choices, and maybe, just maybe, we’d naturally end up in the very same place as we would have if we’d chosen a different path. But perhaps if we chose what would be considered “the right path,” or “the better path,” maybe life would go smoother, and things would flow more. And then maybe, like I said, we’d end up in the same place in the end, but in the process, dealing with less of a struggle while on our journey. But then again, maybe not. Maybe one road that splits, where we’re given options and when we’re put in a position to make a choice between this road or that road, we’d end up taking two completely different paths, and at the end of that road, they don’t lead to the same place, but instead they lead to two very different places. So then what happens to destiny, meant to be, and what God has designed for us as individuals? I’m not even sure if that’s a rhetorical question, because really, does anyone really know?

Which brings me back to the fact that we don’t really know what life will bring down the line. All we can really do is think before we act, think before we speak, strive towards being the best version of ourselves, while also striving towards what we want in life. But while doing so, doing so in a righteous manner, where we’re mindful and conscious of others who will be affected by our choices and our actions. And where we try to refrain from doing negative things, from hurting others, and from going down a dark path, blinded at times of all possible outcomes. This is why it’s important to follow the path that seems like the better road, not only now and today, but down the line as well. We need to think of all possible consequences, at least to the best of our ability, and we should do so before choosing which path to take.

Don’t settle for short term light, because what tends to follow is long term darkness, which is something that we should all avoid, and whenever possible. And don’t take the easier road at times, merely because it may seem convenient, or as if there would be less of a struggle, because good things in life aren’t always easy in the beginning. Many times, the best things in life come with a bit of struggle or hardship. And things might seem as if they never flow, but that doesn’t always mean that you’re choosing the wrong path or making the wrong decision. Many times, it merely means that you still need to learn, grow, and figure out how to take on certain challenges in life, and without giving up.

When push comes to shove, we all hope, pray, and desire to have a beautiful life, and to enjoy the journey while in the process. But the thing that we need to remember, is that we can’t expect for things to always go exactly as planned, to have exactly what we want, when we want it, or even to be with the person who we long for. We can only do so much planning. Which leads me to this point, think first, make good choices, go after what you want, don’t settle, but also don’t be afraid of choosing the wrong path. Sometimes the wrong path is obvious, but sometimes, despite how much we think or plan ahead, we never really know unless we make a decision.

Staying in limbo or being indecisive for too long when it comes to making big decisions in life will not only weigh heavy on our souls, drain our minds, and take a huge toll on us emotionally, but it also might bring about the type of instability where we end up making the wrong decision by being impulsive in the end, and usually from pressuring ourselves to decide quickly. Give yourself time to think, but be good to yourself by not expecting to be perfect, to make decisions that are 100% right all of the time, and don’t be so hard on yourself. Listen to your instinct while thinking of which path to take or what decision to make, but don’t expect that even after you make a decision, for things to be perfect or to go exactly as planned. Life has a way of throwing curve balls at times, so important to be prepared for anything, and despite how much thought you put into things, how much stability you might have, and just how much planning and, hard work, and love that you put into getting what you want.

Remember, we can only do our part and plan so much, because at the end of the day, despite how much we may strive and create our destiny by thinking before acting, by making good decisions, and going after what we want, I believe that God has His own plan for each and every one of us. So what I’m basically saying, is to not only do your part by striving and creating your own destiny, but also, by having faith in the process, and to know that everything will be O.K. in the end, as long as you try, go after what you want, and don’t give up if or when things don’t go as planned. Again, life has a way of throwing curve balls, so despite how much we may plan and hope for certain things in life, sometimes, things turn out differently than we might’ve expected, and many times, even better. Have faith, be a good person, and go after what you want, but don’t give up or feel too down if things don’t go exactly as planned, because perhaps Someone upstairs has a bigger plan for you.

One thought on “Is It in the Hands of God or Do We Create Our Own Destiny?” 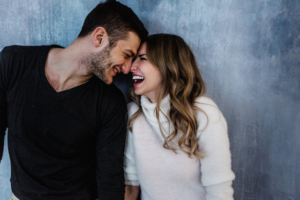