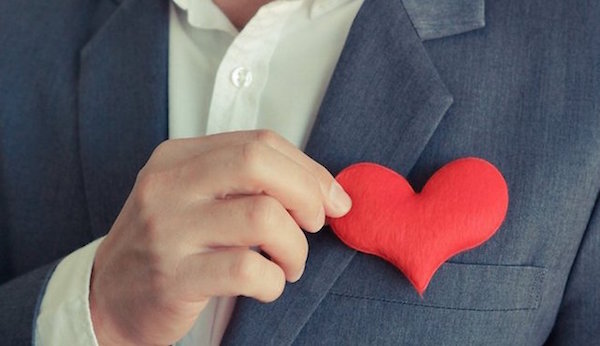 When it comes to getting anything in life, those that are hard-working, driven, motivated, and are willing to put the effort into getting what they want, usually get what they want. Many times people go about life in a way that they dream about getting to where they want to be, instead of being more proactive about it. If you want anything in life and you don’t go after it, there’s not much hope that you’re going to get it at the end of the day. I wanted to share a few motivational tips with you. As well as one of the most important factors in having true success in life.

One thing that’s always been a helpful and inspirational tip for me personally is following the “law of attraction.” It’s important to bring positivity into your life in any way that you can. As well, another piece of wisdom that I try to embrace is to not only envision what I want in my life now, and in my future, but to will it to me so to speak. This is one of the reasons why I loved the book, “The Secret.” In a nutshell, this book tells you to surround yourself with the things that you want in life, and if you want anything bad enough, like a car for example, then you should go out and test drive that car. Bring it to you, will it to you, and envision that this will be yours.

Another thing that I find useful as a motivational tip would be to surround myself with other motivated and driven people. There’s some truth to the statement of “you are who your friends are.” That doesn’t necessarily mean that you and your friends are exactly the same types of people, and would do all of the same types of things. However, if you surround yourself with people that are similarly motivated and driven towards their goals, you won’t stand a chance in that friendship by being lazy, unmotivated, or if you’re not going to put effort or hard work into even maintaining that friendship, let alone your own personal goals. When someone is motivated and driven in life, it’s appealing to other like-minded individuals, and much more so than someone that’s lazy, unmotivated, or has free-loading written all over them. Laziness is not sexy. Being motivated and driven is.

Having goals in life is imperative. However, it’s not just goals that we need to have in life, because we also need to create a game plan, strive towards it, doing everything that it takes in order to get to where we want to be in life or what we want to achieve. It’s important to envision what we want to have in life, but also to enjoy each moment, and each day, as if it was our last. I believe that we should all love what we do in life. We should love what we do, but also feel good about who we are as people. That includes how we feel about our work, business, friendships, relationships, family life, and what kind of people we are on the inside.

Going back to some of my own personal memories, I remember a few times when others might’ve not noticed that I was watching them. If anything, I didn’t want him to notice that I was watching, because in all honesty, I was embarrassed for him, and knew that he needed to work on this issue. I didn’t want to make him feel worse than he probably already did in that moment. I’m sure that this cut deep, even if it was after it went down. Well, it should’ve cut deep, if only just to learn from it, and become more self aware so that it wouldn’t happen again.

I accidentally saw this scenario go down. Without getting too specific, someone was doing something in their career that was incredibly prestigious, where they not only gave back to others, but the person genuinely had a passion and fire within him to do what he does for a living. However, when it came to his own personal life and behind closed doors, he acted differently than he did about everything that had to do with his work and career. He acted quite the opposite actually. To some extent, how do I put this kindly but accurately, he wasn’t all together socially, romantically, or towards others that weren’t as motivated, driven, or goal oriented.

I believe that balance is everything in life. In order to have a truly successful life in every possible way, you need to have balance. The ultimate success in life is not attained by accomplishing goals at work and in your career only, but also in every other area of your life as well. How do I put this, balance brings happiness. Back to the story, the person that I saw was in a great mood when he was with me, but as soon as we said goodbye, I saw him casually run into someone else that they didn’t know, a worker actually. As I witnessed this prestigious businessman have an outburst at another human being, I realized that not only did they have a bad temper, but that they weren’t paying enough attention to what kind of a person that they were on the inside.

Not everyone is perfect. Let me read reiterate that for a second. No one in this world is perfect, and we all have issues and things that we need to improve on. But, when it comes to having a successful life, if you’re not willing to work on who you are on the inside, and as a person, you’re not going to be a happy person in life. Think about it, because what good is success, luxury, or even having all of the money in the world if you’re not going to be a good person, learn to control your temper, or to treat others with love, empathy, and kindness.

I’ll write more about temperament later, but for now, I just want to get this one point across. Having a bad temper not only destroys others that you’re lashing out at, but it destroys you on the inside as well, even if it’s on a very deep, hidden, subconscious level. Just because someone is successful in one area of their life like business, they need to treat others with kindness and respect. Just as much as one would treat someone a certain way with an incredibly high IQ, with Mensa status, someone with a very prestigious job or career, or someone with a lot of wealth and power, they should also treat a gardener, waiter, or any other type of job in the same manner. The job, career, wealth, or power of a person doesn’t define the amount of respect they deserve as a human being. You nor I are not better than anyone else, despite what we achieve in life.

The type of person that you are on the inside plays a big role in how you’ll be perceived by others, and how you’ll feel about yourself on the inside. Having a giving and beautiful nature is something that’s beyond priceless in this world. We should all try to be the types of people that are kind to others despite how much success they’ve had in their life. You see, what it really boils down to in life is happiness, being a good person, and being kind to others. Part of success is who you are on the inside.

2 thoughts on “What Makes a Man a Better Man” 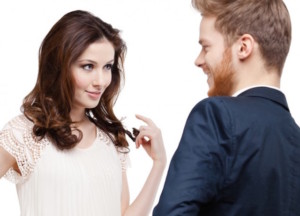 Men Must Pursue Women
If a man wants a woman, she'll know it.