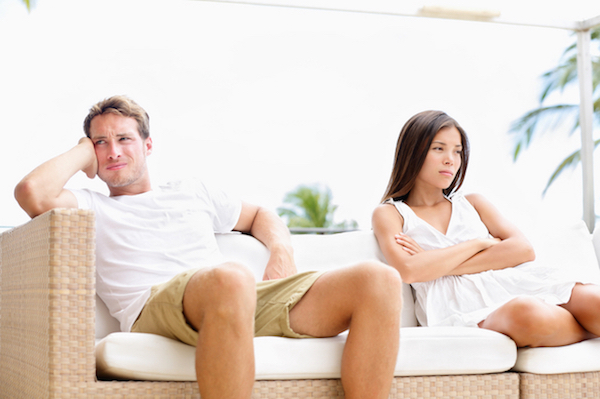 All relationships go through moments where things don’t seem at their best. Many times, people argue and disagree on so many different things, and they lose focus of their main goal, which should be happiness, peace, and love. It’s important to work on your relationship from the very get-go and always try to improve and maintain the happiness that you have as a couple. I decided to write this article, to list a few things that can be used as a little reminder with hope that they might help during those hard times.

First of all, it’s important to remember that having great communication can make such a big difference. It’s important to be comfortable with your partner and to share your concerns when you have them, and definitely, when they first arise. You should never sweep things under the rug, like your feelings, your concerns, and any doubts that you might have. The sooner that you address issues, the sooner that your partner will be aware of how you’re feeling and what’s going on, and the sooner that they’ll be able to be a good partner and to communicate with you until you both can find some sort of resolution.

The way that you communicate is crucial. If you communicate poorly or aggressively by yelling instead of talking, or saying things out of hurt or anger, instead of using your logic and speaking out of love and concern, it’s going to hurt your relationship. It’s important to pay attention to the tone of your voice, just as much as on what you’re trying to convey. Make sure that you speak in a soft, gentle, and loving tone, where you exude kindness and love, even if you have certain concerns that you’re hoping to address that are bothering you. When you speak in a loving manner, despite what you say, and whether or not your partner will agree or disagree with what you feel, they’ll be able to listen to you better, hear and embrace what you’re saying, and be much more willing to communicate with you in regards to your concerns.

Part of having great communication is remembering to be a good listener, so make sure that you’re not doing all of the talking. When your partner speaks, listen to what they’re saying, instead of trying to think about what you’re going to say next while they’re talking. Many times, people don’t even realize that they do this, but indeed, they do, so just be careful, and try to truly embrace what your partner is saying when they talk, and try to sense how they feel as they’re expressing themselves to you. Sometimes, in order to truly understand what your partner is saying, you need to put yourself in their shoes, and truly embrace their perspective.

Another thing that can help fix a rocky relationship is to work on improving your intimacy, affection, and closeness. Despite where you’re at in your relationship and whether or not you’ve become intimate with one another yet, closeness is imperative. Therefore, make sure that you’re putting enough effort and love into letting your partner know how much you care for them through your words and your actions by being affectionate. Being able to embrace your partner with your body can be as easy as giving a warm hug, cuddling, or even holding hands.

Now, if you’ve already become intimate with your partner, it’s always good to spice things up in the bedroom and keep things interesting and exciting. Anyone can get bored of the same thing happening to them over and over again, so it’s important to be a little spontaneous, and to be open to trying new things. Remember, communication is important to have even in the bedroom. Being able to communicate what you like and don’t like on an intimate level or even as far as affection goes, can make a relationship “a happy one.”

Another thing that’s important to work on when your relationship seems a bit rocky, is to concentrate on giving and not only receiving. Make sure that you’re being a fair and loving partner. Part of being a great partner is being selfless and giving. Make sure that you’re giving your partner enough attention, affection, and enough of your time. Effort plays a big part when it comes to expressing your love to your partner. And remember, effort costs nothing, it’s free, and all it takes is to be a little selfless, loving, and giving. Relationships are all about give and take, so make sure that there’s a healthy balance between how much you’re both giving and taking.

When it comes to any relationship, it’s important to be fair. Just like I’d just written above, how effort and having a healthy amount of give and take in your relationship is imperative, it’s also important to be fair and to think of your partner’s needs and desires, just as much as your own, if not more. You should do your share in your relationship, and make sure that your partner feels satisfied with the amount of love and effort that you’re putting into things. Being giving, loving, and putting effort into things goes both ways and should be fair 100% of the time.

Honesty is everything, so make sure that you’re being brutally honest with your partner and not keeping them in the dark about anything. I’m sure that you’d want your partner to be honest with you, so give back the same love towards your partner by being honest as well. It’s actually quite easy to be honest to your partner, and if anything, it’s not only hard to lie, but I can imagine that it’s much harder to keep up with the lies that you make. I don’t know about you, but one of the things that I’m personally most sensitive about, is being lied to, because it creates a tremendous amount of distrust from my partner, and when you lose trust from someone that you love and care for, it’s the hardest to get back.

Don’t make things such a big deal. Pick and choose your battles and don’t create drama from the little things that might bother and irritate you at times. The whole point in life is happiness, and if you’re going to be in a relationship with someone, you need to be willing to bite your tongue at times. You can’t endlessly complain about things that concern you. If anything, address issues when they first arise. And if you’re the type that has endless issues, worries nonstop, and get annoyed quickly, you likely need to work on yourself a little bit more, and realize that not everything is such a big deal. Life is too short to have drama and endless worries and complaints, so just live your life, be happy, and try to avoid drama as much as possible.

Just as much as we should all try to avoid drama, what we shouldn’t do, is avoid confrontation. Never avoid confrontation in relationships, because eventually, things will build up, and get to the point where you’ll likely want to explode. Imploding your feelings is never the way to go. Like I said earlier, it’s important to address issues when they’re new and when things first start bugging you, because they’ll be much easier to handle and fix—if they’re fixable. It’s always better to nip things in the bud, as opposed to prolonging your worry, your concerns, and any issues that you’re holding in. Let your partner know how you’re feeling. And don’t wait until you have a whole cart full of problems from waiting so long to express them. Instead, address issues early on, so that they’ll be more manageable and not seem so heavy. 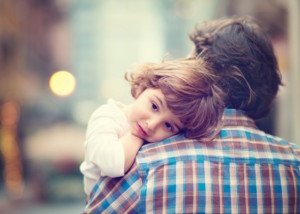 Why the Way That You Raise Your Children Matters
The importance of putting care, love, and effort into how…