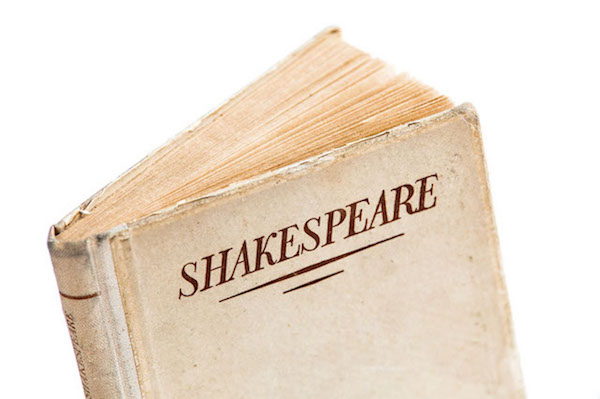 Hostess and All of the Sushi Chefs: Irasshaimase!

Hostess: How many people you have in your party?

Hostess: You want seat at bar?

Hostess: You want seat at bar or table?

Bus Boy: O.K., here you go… Your server will be with you shortly.

William Shakespeare: Many grant you mercy.

Waitress: Hello. My name is Haruka. I will be your server today. Are you ready to order something?

Waitress: Yes, it’s sushi. You never had sushi before? Sushi is raw fish.

Waitress: What is gogen?

Waitress: Sir, I don’t understand what you mean. Sushi is raw fish.

Waitress: It depend what you like. Maybe try sushi roll. People like spicy tuna roll, is good. People order all the time.

Waitress: You want anyting else? You want try edamame?

Waitress: Um… O.K. sir, your order will be here soon.

William Shakespeare started to enjoy this new and exciting meal that was laid in front of him. And he watched some of the other patrons dining and what they had ordered. He saw that they were using wasabi, and noticed that he had some on his plate as well, not knowing what it was or that it was indeed, very spicy. William eagerly placed a large bite sized portion of wasabi onto his fork and put it in his mouth.

William was spitting everywhere, nearly choking, until he caught enough air to breathe.

William Shakespeare: What is this yond I hadst just eaten? T’s awful! Mineth owneth yond from which we speaketh is on fireth!

Waitress: That is wasabi. It is very spicy. You only supposed to eat small amount.

Waitress: I am sorry. Drink water, it will help, and maybe, eat some ginger. Is everything else all right?

William Shakespeare: O.K., I shall continueth to consume and expl’re anon, thanketh thee.


William Shakespeare resumes to his first sushi experience with dismay, yet trying to stay optimistic before taking his first bite of his spicy tuna roll. He then placed one piece of sushi in his mouth, and…

He spits out the whole piece of sushi and it hits another patron in the back of the head. The patron turns around…

Patron: What the hell, man! What’s your problem!

Patron: Disgusting jerk, have some manners.

Waitress: Yes? Can I help you? What is it?

William Shakespeare: Thee s’rv’d me lacking val’r food. This hast been the most dreadful exp’rience, and I feeleth in disgust. T wast wrapp’d in blackish-green pap’r which lack’d any flavour, and I nearly regurgitat’d in mine own that from which we speak.

The sushi chef and the manager suddenly walk up.

Manager: Is there a problem, sir? What’s all the commotion?

Manager: I think it’s best if you leave sir.

William Shakespeare: Doth thee knoweth who is’t I am! I am William Shakespeare. Showeth some respect. I’m a well did respect poet, playwright, and act’r. I’m known by most as the most wondrous writ’r in the English language. How dareth thee treateth me in such a way!

Manager: If you don’t leave, sir, we will drag you out. We’ve asked you to leave. Please go. You’ve disrupted our other patrons, and you’ve been very disrespectful. We reserve the right to refuse service to anyone, so frankly, I don’t care who you are.

William Shakespeare: Lest I leaving. I wilt wend now. No needeth to drag me, but to asketh me to leaveth once nicely would beest adequate enough. Just knoweth that thou has’t hath lost the potential of a valorous customer. I would’ve has’t writ a quite quaint poem about mine first sushi experience, and now, I wilt leaveth with a lacking valor gust in mine that from which we speak. I don’t standeth for being treated in such a way. It’s not right to serveth food that’s not cooked for people and claim t as a “raw” delicacy.

Suffice it to say, William Shakespeare did not enjoy his first sushi experience. 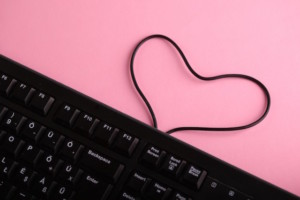 When My Cyberlove Let Me Down
Short Stories by Anne Cohen