You can’t always expect to have things done your way in a relationship. Relationships take a certain amount of compromise and give and take in order to be successful, and for both people to feel happy and satisfied. You should never feel as though any disagreements that you might have with one another are about winning or losing. But instead, it’s important to realize how crucial it is to compromise and find resolutions to issues and to simply get along with one another as much as possible. It’s important to focus on the main goal as a couple, and that’s to maintain the happiness of the relationship.

No one likes to fight in a relationship, and if they do, then they either have a self-destructive personality type of disorder or perhaps they get some sick enjoyment and thrill, thriving on the drama of arguing. I don’t know about you, but those types of people are the types that I would refer to as toxic and try my best to stay away from on a romantic level, on a friendly level, and on any damn level. No one should thrive on the drama and unhappiness of a relationship. If anything, couples should focus on and strive towards bringing more joy, more love, and more happiness to one another. This is why it’s imperative to pick and choose the right partner, and to be with someone that you know is not only in a healthy state of mind, but that they’re in an emotionally healthy place as well.

Arguments and disagreements are going to happen at times whether you like it or not. A lot of times we can learn and grow from the arguments or disagreements that we have in our relationship. However, when couples fail to be logical, understanding, open-minded, and willing to improve their relationship and don’t look for resolutions, they’ll wind up at a standstill or things could even start to deteriorate. This is why it’s so important not to sweep things under the rug, and postpone resolving issues. We should always try to resolve issues early on by nipping things in the bud. Postponing problems and concerns, rather than addressing them early on and when they first make their appearance, can be truly detrimental to a relationship and to a couple’s happiness.

Couples should never avoid drama, confrontation, disagreeing, or addressing issues that they have because it will only cause them to have short term light and long-term darkness. The sooner that couples address their issues, the sooner that they’ll be able to see if they can find resolutions and maintain their happiness or make their relationship a successful one. One of the greatest things that happen for some couples when they’re truly compatible, is that once they work through their issues, addressing them early on, instead of sweeping things under the rug, their love will not only thrive and be happy, but they’ll likely learn from those issues, and their love will become even stronger because of them.

4 thoughts on “Working Through Issues as a Couple” 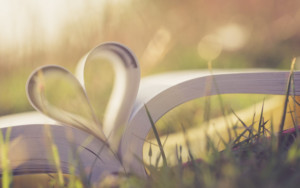 Don’t Turn off the Light
Poetry by Anne Cohen