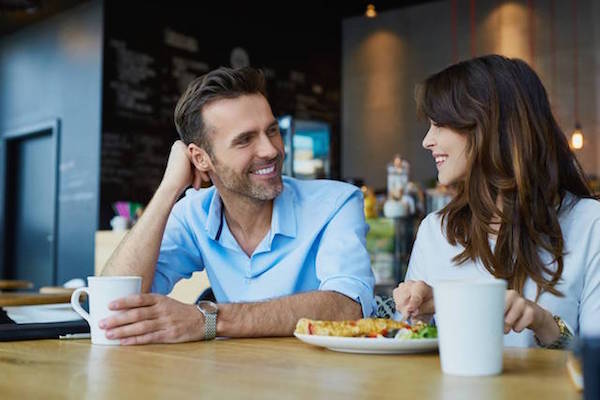 When we first meet someone, we either tend to like them or not like them. But it’s always best when people treat each person that they meet as an individual, and try not to judge them before actually getting to know them on a deeper level. However, first impressions are very important and it’s always good to put your best foot forward and to be the best version of yourself.

But when you meet someone new and for the first time, it’s always good to care how you act a little bit more, and to show the other person how much you care by putting a little extra effort into things, as well as having better manners than you might have if you were hanging out with your buddies. Having said that, men and women usually notice different things about each other when they first meet. In this article, I wanted to list 6 things that men usually notice about women when they first meet them.

Having a beautiful smile is everything to a man. Positive energy creates positive energy, and when a woman smiles, it definitely rubs off on a man the right way. A woman smiling is more beautiful than how she dresses, how she does her hair, or coequal how much makeup she’s wearing and how well she puts it on. A beautiful smile is a way of showing that you’re content with life, optimistic, and it’s very welcoming as well.

You be surprised at what an expression can say to another person. But then again, many men have gone on dates with woman and have been unfortunately surprised at how grouchy, unpleasant, and unapproachable their expression was upon meeting. I’m quite sure that many men know exactly what I’m talking about. It’s important to have a good attitude, and to make yourself seem approachable.

Men usually notice a woman’s eyes first and foremost. Whether a woman has beautiful eyes or not on a physical level, a connection between two people usually starts upon that first glance when both of your eyes meet. I’m definitely a big believer in the saying, “your eyes are the gateway to your soul.” Eye contact is very important during early dating, as well as when you want to get a man’s attention. Having said that, most men truly dislike when a woman doesn’t connect eyes with him, or looks around the room more than she looks into his eyes on a date. So don’t be afraid or too shy ladies. Look into that man’s eyes, connect with him, and let them see how beautiful your soul is.

4. How Well She Dresses:

Now, this might sound a little superficial, so let me be the first to tell you that it is. But I’ll also tell you this, it is what it is, and despite the fact that it’s a bit superficial for men to look at how women dresses, men will notice, and it’s something that us ladies need to come to terms with. Having said that, men don’t usually care as much as women do about name brands and if she’s wearing this or that label. They more so care about how well she puts herself together. And if anything, when a woman knows how to dress, a lot of men like a woman that’s not very materialistic, and might even prefer a woman that’s a bit on the thrifty side. It’s all about the end result, and how much effort you put into the way you look.

Men usually love it when a woman knows how to dress. But not just how they dress in their attire, but more so, how they carry themselves. A confident and secure woman is very appealing to a man. Confidence usually radiates and exudes out of a woman like a breath of fresh air, and tends to exude her inner strength. Men find confidence very appealing. And nothing says, “Hello!” like a radiant, confident, and beautiful smile.

As much as I hate to write this as number six, I’m all about being honest. What can I say, men will be men and boys will be boys. One of the first things that a man will notice about a woman is her body, and if it’s his preferred type or not. And he’ll either be attracted to it or not. But one thing is for sure, and that’s the fact that a woman’s body won’t go unnoticed within the first few seconds of meeting a man. But don’t get me wrong, because when a man is a gentleman, his eyes won’t be staring down in an obvious way towards your ahem, backside. He’ll be more focused on your eyes, trying to see if there’s mutual attraction and a connection.

One thought on “6 Things Men Notice About Women First” 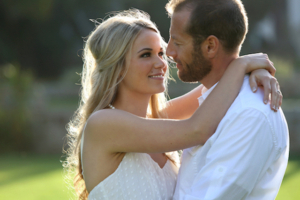 Relationships: Go for the Gold
Never settle for anything less than the best.