For those that have gone on a certain amount of dates, they’re bound to eventually come across someone that completely disappears, where they’re never to be heard from again. In this article, I’m going to refer to the disappearing act as ghosting. When someone ghosts after having dated you, and they suddenly become MIA, and what it seems like, for no good reason, it’s important to recognize this as a red flag and move onto the next person. I’m going to elaborate in this article as to why people ghost, and I’d love to get some feedback at the end of the article in the comments section.

Why Do People Ghost?

When people ghost, they’re doing so for a few different reasons. They clearly don’t feel it’s worth it to give you an explanation as to why they don’t want to see you again. They feel that disappearing is much easier than dealing with the drama of explaining to you why they don’t want to date you. They feel that ghosting is the best policy when you’re not interested in someone, rather than having a big discussion. On the contrary, what they’re doing is wrong, and it’s coming from a very selfish, scared, immature, insensitive, and aloof place. It’s one of the easiest things in the world to let someone know honestly, and directly that you’re not interested in them. It takes merely a minute to let someone know how you feel when you’re direct and honest, as opposed to when you struggle with being honest, and you try to beat around the bush a lot, trying to come up with reasons why you’re not interested. Generally speaking, people that have a hard time and struggle with honesty and being direct, tend to take what they consider an easier path and ghost. They feel that ghosting will alleviate their own discomfort and the burden of having to explain why they’re not interested, so they just disappear without a trace, and without having to explain anything to anyone. Depending on how long two people have dated, it’s important that the longer that you date, you should have enough decency and respect for the other person to at least give them a phone call and let them know that you’re not interested in dating them anymore. If it was merely one or two dates that you’d had together, there’s nothing wrong with sending a little text message being honest and direct, in order to let the person know that you’re not interested.

When It Seems Easier to Simply Disappear, Rather Than Explain.

Ghosting or the disappearing act is one of the most cowardly acts of all. Many people have bad first dates, but it’s easy to take the brutally honest approach, and not burn any bridges, leaving people guessing as to what happened, and whether or not you’re interested. Like I said before, being direct and honest is always the best policy, and letting someone know that you’re not interested takes merely a moment of your time. When people lack the courage or are too self-absorbed to realize that the other person might’ve had feelings for them, and they don’t particularly care to explain themselves, feeling all high and mighty about not having to give anyone an explanation of why they’re not interested, they’re simply being selfish. Unless something really bad happened during the dating period or within the relationship, ghosting is taking the easy way out, and in my humble, little opinion, why burn a bridge unless you have to. I’m well aware that in Los Angeles ghosting is a very common method of ending situations where you’re not interested. Let’s say that you’ve been dating someone, and you’ve already gone on a few dates with the person. Then all of a sudden, they do the disappearing act, and they stop calling you, they stop answering your calls, and you really don’t hear from them for quite a while. After some time has passed, whether it’s weeks, months, or whatever timeframe, the person suddenly contacts you again with hopes to date you, giving you no explanation of why they peaced out, ghosted you, and you’d never heard from them. They act as if nothing had ever happened, and that this whole time you’ve been dating each other exclusively. Strange, I know, but this happens to people all of the time.

The reason that someone ghosts, and then suddenly reappears out of the blue, is generally because they are a form of toxic people that are afraid of drama, avoid dealing with issues, commitment-phobic, and usually, they avoid any and all confrontation. They might not know what they want, they’re indecisive, and they likely have doubts, and whether those doubts are with you or within themselves, they feel that it’s easier to disappear, rather than to confront the issues at hand. It’s important to recognize these types of people, and avoid these types of toxic relationships, and end them.

Many times people are afraid of getting too close, and when they sense that their feelings are developing stronger for the other person, they’re afraid of getting hurt, and then suddenly they ghost, without a word or an explanation of why. This is why many times when people ghost you, they end up reappearing at some point, and coming back into your life again, or at least, trying to. It’s important to stay as far away from this type of person as possible, because once somebody ghosts, they’re likely to do it again. Just think, if you end up taking things to the next level and getting married to a person with this personality type, they could ghost the marriage, and be heartless enough not to even explain why. Even worse, imagine if you’d had children with this person, and what a mess that would be.

It’s important to take ghosting as a bright red flag, and not agree to go out with the person if by some chance they come back into your life. Unless someone has an incredibly good explanation of why they ghosted you, I’d listen to what they have to say, and then I’d try to be logical, more than emotional about why you should give them another chance. If you decide to give them another chance after they’ve explained themselves to you as to why they’d disappeared and then returned again, I’d go into this situation with a good amount of caution, and slowly let down your guard. Situations like this can be very challenging, and could likely lead to you getting hurt, so it’s important to go into these situations with a certain amount of caution, yet still, with an open heart. Without having an open heart, the love will not blossom, your feelings won’t grow, and the relationship will lead nowhere. 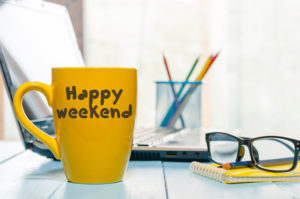