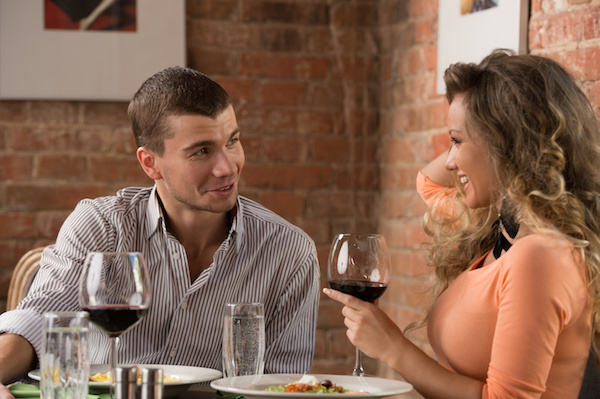 Many singles waste their time going on dates with people when they see that right off the bat, they’re the wrong match for one another. Doing this is such a complete waste of everyone’s time, and keeps both people from finding their true match. Going on pointless dates just to be out there, to enjoy someone’s company, or even to be a temporary fling is entirely pointless. At least, if you’re hoping to find your best possible match, and sooner, rather than later.

You should never waste anyone’s time by pretending that there’s even a remote possibility of you and that person going forward when you know that you’re wrong for one another, or let’s say, assuming you have doubts of some sort. It’s important to be honest as far as your intentions go, but also to be in touch with your intuition enough so you don’t waste your time going out with the wrong people. However, when two people see that they genuinely have potential to be a great match for one another, they should give things a chance.

One of the biggest problems that I’ve seen in the dating scene, is that a lot of singles are dating many people at the same time. I mean, I’m talking back to back, date after date, night after night, and person after person. Just imagine all of the potential, right? Wrong! When someone dates more than one person at a time, things will start to become confusing. This is why going about dating using the 3 date rule which I created is the preferred method of choice if you want to give a situation a genuine chance.

You see, three dates is more than enough to know whether you should stop seeing other people, and become exclusive. I mean don’t get me wrong, nothing is black and white, but for the most part, and if you go about dating in the way that I described in the “3 date rule,” you’ll be asking important questions, listening to their responses, and basically finding out what you need to in order to see if the chemistry as well as the connection is right together. But also, you’ll know whether or not you’re both on the same page and going at the same pace, as far as long term hopes, dreams, desires, and whatnot.

When someone dates more than one person at a time, it can make it truly difficult not only to keep track of who someone is and to even remember what they share with you, but it can also bring confusion, as well as make it truly hard to genuinely open up your heart and develop feelings for someone. And many times what happens, is that you’ll end up comparing the person that you’re on a date with to someone else, which is basically opening a huge can of worms which will lead me to write another article titled, “Why You Shouldn’t Compare Your Dates to Each Other.”

No one will feel good knowing that the person that they’re investing their time, money, effort, and feelings with is actually planning a date with someone else for the next day or evening. And no one wants to feel like they’re being compared to someone else, and that you’re not giving them a genuine chance (which you’re not if you’re serial dating). As well, everyone wants to feel special, and that you actually have an open heart towards developing feelings for them. I mean, after all, it’s only fair for both people on a date to be open to love and the possibility of developing feelings and building a true connection.

We should treat people with enough respect to honestly let them know if we’re dating others at the same time, so that we won’t be misleading them, so they’ll be on the same page as us, and so they can make the best decision for themselves as to whether or not they want to deal with someone who serial dates (like you might be doing). If someone knows that you’re a serial dater, they’re likely not going to want to invest in you, but if they’re still willing to date you after you’ve been brutally honest about your intentions and your approach, then it’s up to them to decide what’s in their best interest and whether or not to keep pursuing and dating you.

Despite what some people might think, it’s actually way easier to be brutally honest, than to lie. And most people, at least the types who have a good head on their shoulders, will appreciate your honesty, and they might keep dating you for that sole purpose alone, even if you’re method of dating is different than theirs. Honesty can go a long way, and someone who’s genuine about finding someone to share their time and their life with is most likely going to desire to be with someone who is honest, and they might even reward you with patience (until you get your act together; or stop serial dating).

Having said all of the above, the best method for dating someone when there’s obvious potential is to go on one date, see how you feel, absorb your time together, and decide if you want to go out again. Do the same thing for up to about 3 dates with someone if you feel that there’s enough fire, chemistry, compatibility, and connections on as many levels as possible. Make sure that you’re on the same page with what you want in life and in your future. And make sure that you’re both going at the same pace as far as time frame goes.

Dating is something that we do in order to see if someone is our best possible match. And sometimes, we do need to date more than one person at a time. But after three dates, dating more than one person at a time is usually unnecessary. It will only cause confusion and you’ll just be wasting both of your time, because you won’t be able to develop feelings for a person on a deeper level. If you genuinely feel that someone is a promising match for you, and you want to give them and yourself a genuine chance at getting to know them on a deeper level, after three dates, turn off your dating sites and apps, close the door to all other possible matches, and see if the other person is willing to do the same and date you exclusively. 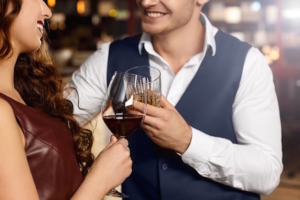 The Hook Up: When Forever Lasts a Week
Don't make promises you can't keep.