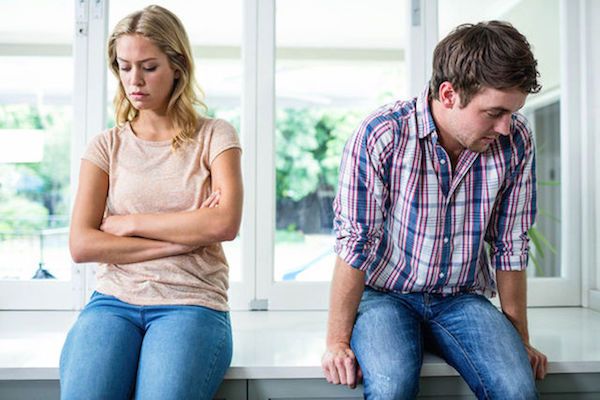 There’s nothing worse than when you’re dating someone or in a relationship where the person doubts how they feel about you. Many times people say that they’re unsure about whether or not to keep dating you, or that they might want to simply move on and find someone else. This can be a truly tough predicament, believe it or not. The biggest problem is when one or both of the people in a situation as such have already developed feelings for one another. It’s obviously much harder for the person that doesn’t have the doubts. Yet it can still be hard on both people.

Being decisive can play a big role on a couple’s happiness, and even when it’s about the little things within a relationship. Not knowing whether or not someone wants to be with you says a lot about how much they really love you, despite what they may tell you. When someone really loves you, they want to be with you, and they definitely wouldn’t risk losing you. If someone’s not afraid to lose you, then you should just move on.

The worst thing that we can do to ourselves is be with someone that doesn’t value us, appreciate us, and recognize when they have a good thing going. If they don’t see how incredible you are from the get-go, and even more so, after a certain amount of time goes by of getting to know you on a deeper level, then you need to break it off. Don’t waste your time on a person that has so many doubts or one that’s totally confused about being with you. The person obviously doesn’t value you or appreciate how great you are.

People that tend to have doubts about the person that they’re with are often miserable, and many times they’re even commitment phobic. As well, they’re usually the types that view the grass as being greener elsewhere. They simply don’t appreciate what they have until it’s gone. There’s no need to put yourself through that type of stress, because there’s someone out there that will value you, will appreciate you, and will never let you go. That’s the type of person that you should be with.

Don’t waste your time with someone that has doubts about you. This especially goes for when your partner isn’t simply taking a moment, a few days, or even a week or two to think about things. But more so, when they take forever to make up their minds. The worst case scenarios are usually long-lasting, and sometimes even go on for years. I’m not sure why people put up with being treated in such a way where they’re treated poorly or as if they’re not good enough by their partners. But I think that the reason usually has something to do with the person’s self-esteem not being as it should.

It’s imperative to know your worth, and to hold yourself in a confident manner where you don’t accept less than what you want in life or in a relationship. You shouldn’t be with someone who feels that you’re their second choice or even someone that has doubts about whether or not you’re the right person for them. Doubts can become very destructive, and the longer that a person has doubts about someone, the worse off things can become. It’s important to set a certain time limit when dating someone that has doubts, because you can’t go on living your life in a happy and positive manner, when you’re stuck in a relationship with someone that doesn’t appreciate you enough.

If we know our worth, we’re not going to accept being treated poorly by anyone. There’s simply no need to waste our time sharing our life or even “desiring” to share it with someone who’s the wrong person. If someone doesn’t appreciate you or know that you’re “the one,” then you should move on, because you’ll find him or her, but not when you’re stuck in a rut with the person that’s not appreciating you.

Think about it this way – Don’t you think that “the one” for you would be good to you? Don’t you think that the one for you will treat you right, appreciate you, and stop at nothing to keep you in their life? Rhetorical questions. If you feel so in love with someone that you’re willing to spend your life waiting around until the person suddenly loses their doubts, and “knows” that you’re “the one,” then go right ahead. But, I can honestly tell you that when there are a certain amount of doubts in a relationship, things don’t usually get better.

Do you really think that your soulmate will have doubts about you.

3 thoughts on “Dating Someone Who Has Doubts” 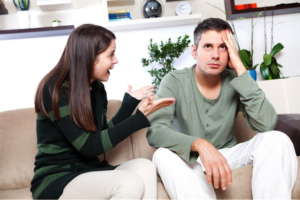 Tolerating Your Partner, When Enough Is Enough
What to do when your partner annoys the heck out…