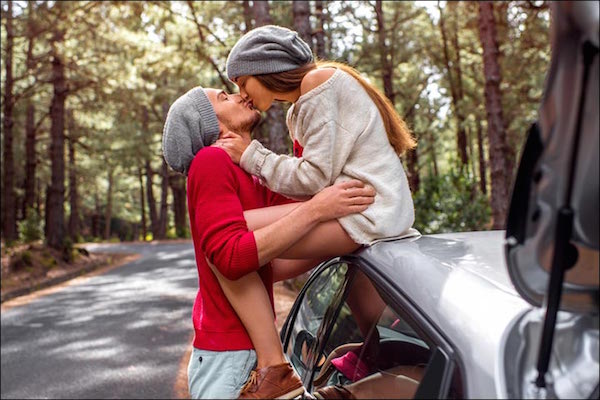 I couldn’t fully comprehend why he did what he did. But then it hit me. Once it hit, I felt less disturbed, less bitter, less confused, and less hurt. He went with his heart, instead of his logic. He simply didn’t know better than to act without thinking. He made a decision based on his emotions alone, and without using his brains, his wisdom, his common sense, or his logic.

Many times people do things without really thinking of the possible consequences that could befall them or others down the line. It’s always important to think of possible consequences for the things that we say and do. The bigger the decisions that we make in life, the more thought that should be put into them before everything’s said and done. If you realize that saying or doing certain things could have a big impact on another person’s life, well-being, or emotions, then it’s important to think good and hard before doing or saying anything.

People will always have excuses for why they act in certain ways. It’s always important to own up to mistakes when you’ve made them, instead of blaming others or the world around you. You make your own choices. You need to live with the consequences of any decisions that you make in life. You can’t expect to blame the world forever and ever, simply because you can’t own up to the results and consequences from your own actions. Remember, if you know that certain things that you do or say might affect others, then think twice before you act, and make sure that you think of all possible consequences that may come and try to avoid causing others any type of discomfort or pain by your actions.

There are many things that will help us to feel good, thrive, and succeed more in life. Those things all involve a certain amount of balance. In order to live a predominantly healthy lifestyle, balance is required. In order to live a happy life, you need balance as well. In relationships, there should be a healthy balance between your actions and your words, as well as with the amount of give and take. But one thing that I found interesting, and wanted to write this article about was the importance of finding your best possible match by using your logic and your heart.

When you fall in love with someone, you do so out of your heart, your soul, and your feelings. When you’re attracted to someone and fall in love with them, things like fire, chemistry, and intense passion are present. Those types of feelings don’t need to be based on physical appearance or any type of exterior beauty. I wholeheartedly believe that beauty comes from within. Even if someone has imperfect beauty on their exterior, they can become much more beautiful as soon as they speak, and open up their soul to you. So much of the time, it’s those imperfections that people find to be most beautiful anyway.

When you’re hoping to find someone to share your life with, you can’t base your feelings on logic alone or heart alone. There should be a healthy balance between using your logic and your heart. You can’t fall in love with someone just for their soul and who they are as a person, because many times logically, you have nothing in common. You may have few to no common interests, different views , goals, or you may even have things like an incredible age difference.

The truth is, sometimes despite how much fun two people might have together or how much physical attraction they may feel towards one another, sometimes they’re not a very good match for the long term or even more so, for a lifetime. Just the same, you can’t fall in love with someone or be with them for that matter based on logic. That’s just setting yourself up for a life without love.

Marry for Love. But, Be Logical About It.

Don’t say there’s no logic to love. There is. When you truly love someone, you’ll want what’s best for them, even if that leaves you out of the picture. This may be a tough pill for many to swallow, but it’s true. A true love is a selfless love. Sometimes, although we may fall madly in love with someone, they might logically be wrong for us for different reasons. Perhaps they ultimately want different things or maybe they have a track record for being unfaithful, and you already know that the long term outcome could end painfully. Despite the reasons, sometimes we can’t be with or logically shouldn’t be with the one that we love, because it’s not logical.

Healthy and happy relationships should be based on love. But also, on a strong, solid foundation that’s based on honesty, trust, healthy communication, making each other better people, chemistry and attraction, as well as ultimately wanting the same things in their future. For example and logically, if someone wants to have children in their future, whereas the other person doesn’t, frankly, it would be irrelevant whether or not the couple has great chemistry, attraction, or completely loves and adores each other. Unless they’re willing to compromise on certain things for their future, there’s no need to even explore a relationship, let alone date one another when ultimately, they want different things.

Many times people are with someone, because they completely love them, and they view it as the right thing, because they’re “going with their heart.” It’s imperative to remember that there has to be a healthy balance between going with your heart and with your logic. Logically, if you’re dating with marital intentions and you hope to build a life with someone, then it’s important to want the same things as one another in your future, and to be on the same page.

Future goals, dreams, and aspirations should be discussed early on during the dating period. You should never be afraid to communicate your feelings or even your deepest desires in regards to communicating the things that you ultimately want in your future. You shouldn’t be afraid, despite how early it is in the dating period. If anything, you need to be yourself, and not be afraid to communicate your feelings, because communication is not only everything, but you need to be confident and comfortable in your own skin, and with your own personality.

When it comes to finding someone to spend your life with, logically, you should discuss your future plans and goals, and make sure that they’re aligned before letting your feelings develop more for the other person, and opening up your heart to a fuller extent. Remember, fall in love with someone based on your heart and your feelings, but you need to use your logic as well.

4 thoughts on “Falling in Love Based on Heart and Logic” 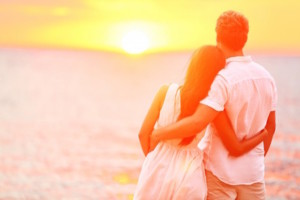 Soulmates, True Love, and the Meaning of Life
I still believe in love.