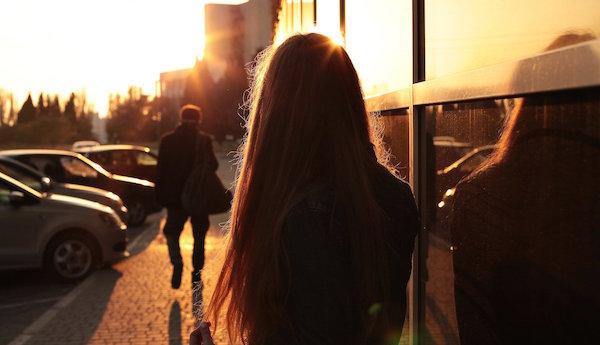 You can tell a lot about a person by their reaction to them not getting their way. For example, if you make a decision not to date someone, you can tell what kind of person they are by how they respond or react to being turned down by you. I’ve seen firsthand many responses from people, and I can probably separate those types of responses into two different categories. The first category would be acceptance, understanding, and wishing someone the best. In this category, a lot of the people would even tell the person to give them a call if things didn’t work out, yet still wishing that they would for the person’s own benefit, and happiness. They might even state that they were disappointed, but still wishing for their happiness.

Then there’s the other category of people. But, this one isn’t quite as loving, sweet, and selfless. In this category, people would flip out, get angry, and criticize the person. Many times they even have the nerve to become vulgar, temperamental, and tell the person how bad of a person they are. They might even say that they’ll never fall in love, never find anyone like them, that this is why they’ve been single for so long, and that the way they’re going about dating obviously isn’t working, because they’re single for so long. So there you have it. These two types of people I’ve had to deal with in the dating scene. I know that I’m not alone in this, because I’ve heard stories time and again from many men and women.

You need to be mature enough to comprehend that not everything in life is going to go your way or exactly how you hoped. At least, not all of the time. You can’t act like a spoiled bratty kid when you don’t get your way.It also takes having a good self-esteem, being confident, secure, and knowing your self worth. You need to acquire these attributes so that you’ll be able to handle being turned down with grace, dignity, and without getting crazy or reacting poorly. As well, it also takes love, and a certain amount of enlightenment.

I’ve been patient and waiting for my true love, and I believe in practicing the 3 date rule, as not to waste anyone’s time, lead people on, or to let feelings develop when there’s no possibility of a future with someone down the line. I don’t believe in leading people on, giving false hopes, or giving a chance to situations that aren’t promising. Having said that, I’ve gone on a lot of first dates. I think it’s important to be clear, direct, and brutally honest when it comes to dating. As well, I feel that it’s imperative to ask a lot of questions. But more so, to ask the right types of questions early on when dating. This is how you can find out sooner, rather than later if someone is the best possible match for you or not. It’s important not to waste anyone’s time while dating and not to mislead anyone by giving them false hopes that there’s a genuine chance at having a future together, when there’s clearly not.

I try to do my part by being honest, direct, and genuine in my approach. As well, I try to only give situations a chance when I know that they’re genuinely promising. Sometimes it’s hard, and especially so, when you date someone that ends up being quite the looker. In other words, it can be quite hard to turn down someone that might be physically beautiful, etc. However, it’s important to look much deeper than the surface of people, and find attributes within another that are much more than skin deep. Don’t waste anyone’s time by dating them because you merely think they’re “hot” or “rich.” Don’t waste people’s time by being selfish, greedy, materialistic, or fake. No one in their right mind desires to have someone like, love, or want them for how they look, what they have, or what they can provide for them.

You should know what you want, what works for you, and what doesn’t in a relationship. You can’t go into a new situation without having some idea of what you want in your life now, and in your future. So when you date someone early on, and you know right away that you’re not going to be a good match for one another, it’s important to end things as soon as possible. You shouldn’t give situations a chance that don’t deserve one.

When you don’t want to date someone, if you don’t want to date someone anymore, or if you want to breakup with someone, their reaction when they find will say a lot about their personality. If someone reacts poorly and gets completely flustered, angry at you, or even puts you down in different ways, it will only reassure you that they’d never be a good match for you anyway. After having one date or so with someone, and after having been clear about my intentions from the get- go, if they’d become angry and mean, it would just reassure me that we’re not right for one another. Their angry response only let me know that I did the right thing.

The last thing that anyone should be okay with is having someone treat them poorly, or sticking around someone that’s going to be temperamental or angry when they don’t get their way. If anything, I think it’s very immature and childish when someone can’t handle being turned down. People need to grow up, suck it up, and bite their tongue and their words, because getting turned down is a part of life,, and lessons learned. Sometimes you just have to deal with it.

It’s better to find out that someone has a horrible temperament early on, so that you don’t pursue the situation. I always appreciate kindness. When someone’s not interested in me or vice versa, I think it’s important to be honest, direct, and a bit sensitive in the way that you let the other person know how you feel. You don’t owe anyone your time, your love, or anything else for that matter. No one should be able to sit there and be mean or rude to you just because you don’t want to date them. You don’t even owe anyone an explanation, but kind people usually give one anyway. Remember, if you see someone’s response when you decide that you don’t want to date them, and it’s not a good one, you should feel lucky to have seen this side of a person now, rather than later.

One thought on “How Someone Handles Being Turned Down” 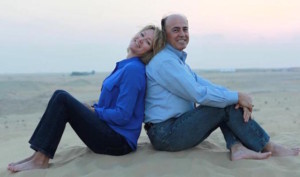