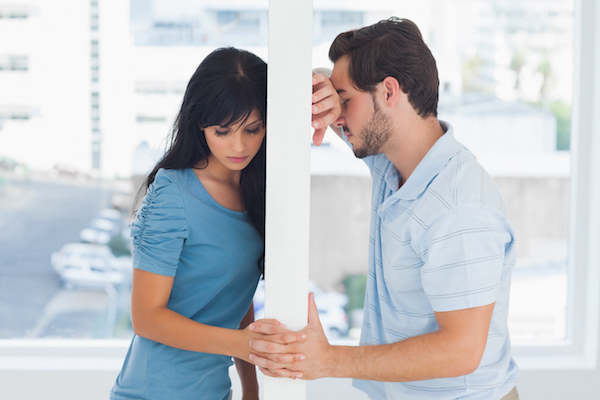 Do you ever feel like you’re just going through the motions in your relationship. Perhaps you’re lacking excitement or enthusiasm, and you’re just not smiling much anymore. For whatever reason, you went from the state of bliss with your partner to the feeling of “this is getting to be too much.” How that happened, you’re not really sure. But, more importantly, you’re at an age where you can’t really waste your time being in a bad relationship, where neither one of you are happy anymore. It’s important not to waste you or your partner’s time, when you know that your relationship isn’t going anywhere and you no longer see a future together.

One of the easiest ways to tell that you’re unhappy in your relationship is that you stopped smiling. If you think about it, ask yourself when the last time was that you actually smiled or laughed. Laughter is one of the most fascinating and beautiful gifts that G-d has given us. If you think about it, laughter is so catchy that it’s even used in the background in many television shows, as a way to provoke people to laugh along with the show. In television, it’s a way that they’re letting you know that what they were doing or saying in the show was funny and meant to be a joke. For whatever reason, it tends to make people laugh along. When you go to comedy clubs, and you don’t really understand the jokes at times, you’ll still notice other people laughing, and it can be quite contagious. A great way to tell if there’s any hope in your relationship is to go to a comedy club and see if your partner laughs at jokes or will at least, contagiously laugh along with others. If there’s no sign of laughter, nor a sign of a smile towards you while you’re laughing, that’s just a bad sign altogether.

I remember when I was growing up and things weren’t always so easy, there was a time when I stopped smiling and laughing, and my family questioned me about it. Now that I look back, I get it, and there was nothing funny about the situation, and my natural reaction was not to smile or laugh. When nothing’s funny or making you smile in your life, and your personality is very real and soulful, you laugh when something is funny and you smile when you feel happiness or joy. Having said that, when you’re in a relationship, you’re not married yet, and you need to understand that relationships sometimes have to end. If you’re not happy in your relationship, you should try to fix anything or change anything about what you’re both doing in the relationship, and see if you can mend things and make things better. Unfortunately, you can’t always make every relationship work and sometimes they need to end. If you feel miserable on a daily basis and neither person in the relationship is happy, nor is willing to work on things, then it’s time to end the relationship.

Sometimes, when we’re in a relationship with someone for so long, we get so used to a person that we have a hard time letting go of them. Perhaps we fear being alone or we’re simply afraid of not having them around, because we’re just so used to them being there all of the time. It can be very hard to go from having someone to talk and spend time with a lot, to being all alone, have nothing to do, and no partner to go out with. If you stay in a situation for the fear of being alone or not having your partner around, because you’re so used to them, you’re making a big mistake and you’re simply wasting both of your time. You could be spending this time healing from the relationship and that might take you some time to do.

When you’re in a relationship and it goes sour, you shouldn’t be wasting your time staying with the person, because you’re used to them and you’re afraid of being alone. You’re delaying the process of you healing from that relationship that you already know is going to end sooner or later. If you’re not smiling enough and aren’t happy with each other in a relationship, it’s best that you end it and cut your losses short now, as opposed to getting even more attached as the years go by, and then ending it much later. It would be much more painful if a break up is delayed for a long period.

One last thing that you should do before making a decision as big as a break up, is be absolutely sure that this is what you want to do. The last thing that you need after an unhappy relationship, is a continued, prolonged back and forth type of relationship, where you make up and break up all of the time, because you can’t make up your mind about being with the person. Sometimes, after people make the decision to break up, they miss the person. But, their reasons for missing the person are cloudy and illogical. I truly believe that many times when a person breaks up with someone for reasons of unhappiness, and they decide to get back together, I think that they’re doing so because they were so used to the person and they became lonely. Those aren’t good reasons for getting back together, and it’s important to be aware of what the reasons are, and why you decided to get back together, if you do. It’s important to be sure about your decision before making it, so you won’t bring more unhappiness to you and your partner by changing your mind.

If you think that there’s any hope in patching up your relationship and you still see a possible future with the other person, you might consider going to couples counseling. In such cases, it’s important that you pick a counselor or therapist wisely. If you pick one, you can’t assume that they know everything that will be best for you and your partner. Unfortunately, many times therapists have more issues than their clients, so be careful on which one you choose. Having said that, many times a good therapist will be truly helpful in ways like showing you and your partner different methods of developing better love, understanding, and communication with one another. Whatever you decide to do and whatever path that you decide to take, I wish you all love and happiness.

2 thoughts on “Do I Make You Happy or Are You Just Used to Me?” 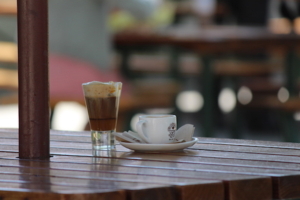 The Coffee Date
Why I don't recommend coffee dates, and why a man…